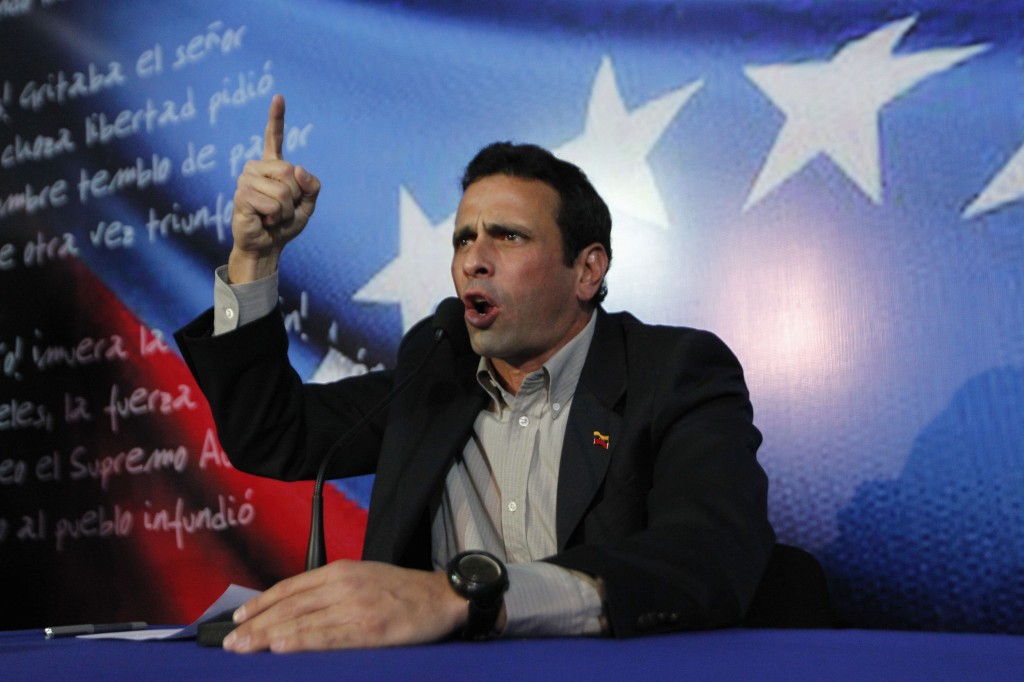 Maduro, who was sworn in as acting president after Chavez succumbed to cancer last week, is seen as the favorite to win the April 14 election, bolstered by an oil-financed state apparatus and a wave of public sympathy over Chavez’s death.

Chavez made it clear before his fourth and last cancer operation in December that he wanted Maduro to be his Socialist Party’s candidate to succeed him if he died.

Maduro promises to continue the socialist policies of Chavez’s 14-year rule, including the popular use of Venezuela’s vast oil revenues to finance social programs.

But Capriles is promising a tough fight.

“Nicolas, I’m not going to give you a free passage … you are not Chavez,” Capriles said in a combative speech late on Sunday. He also accused Maduro of lying to minimize Chavez’s medical condition while he prepared his candidacy.

“Nicolas lied to this country for months,” Capriles said. “You are exploiting someone who is no longer here because you have nothing else to offer the country … I don’t play with death, I don’t play with suffering like that.”

Within minutes, in a late-night address to the nation, Maduro said his rival was playing with fire, offending Chavez’s family and risking legal action.

“You can see the disgusting face of the fascist that he is,” a visibly furious Maduro said, alleging that the opposition was hoping to stir up violence. “His aim is to provoke the Venezuelan people.”

At stake in the election is not only the future of Chavez’s socialist “revolution,” but the continuation of Venezuelan oil subsidies and other aid crucial to the economies of left-wing allies around Latin America, from Cuba to Bolivia.

Both Maduro and Capriles were to formally register their candidacies with Venezuela’s election authority on Monday.