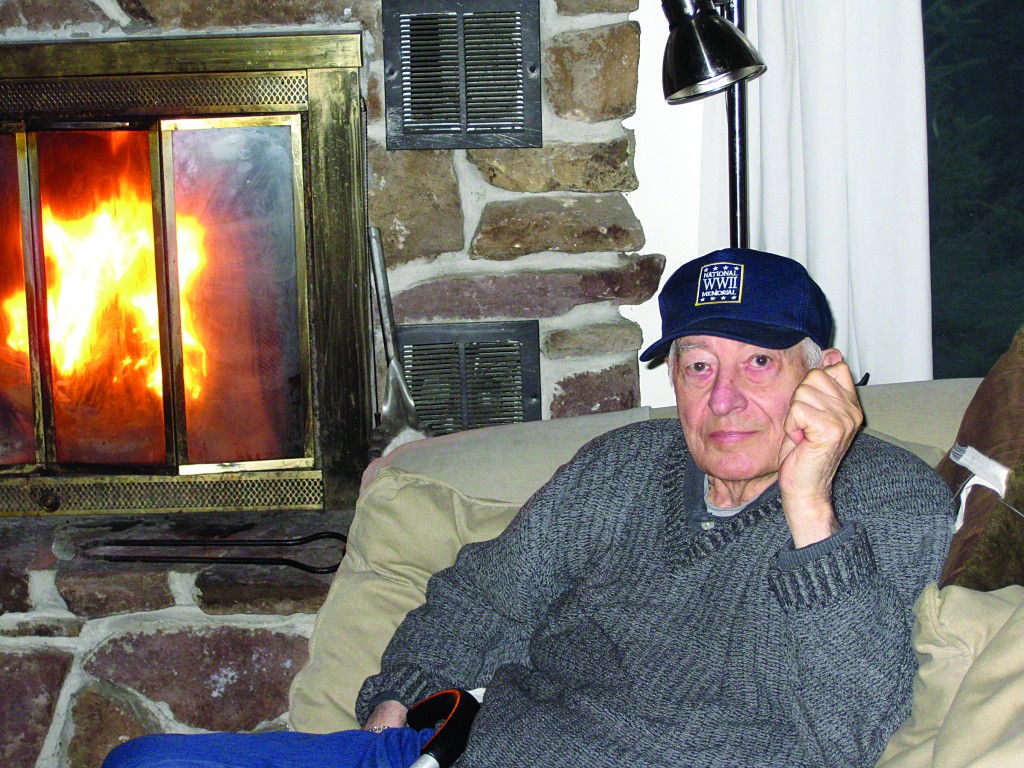 Rene Joyeuse shot his way out of a Nazi ambush and provided vital information to the Allies ahead of the D-Day invasion, exploits that earned him one of the U.S. military’s highest medals, with Gen. Dwight D. Eisenhower himself pinning the Distinguished Service Cross on the Swiss-born spy at the end of World War II.

After trading espionage for medicine after the war, he immigrated to America and helped pioneer emergency trauma care at hospitals across his adopted country. All he asked in return, according to his family, was to be buried at Arlington National Cemetery. Initially rejected because of he didn’t meet the cemetery’s eligibility criteria, Joyeuse’s burial at Arlington will take place March 29, one of his two sons said Monday.

“It’s the one thing that he wanted,” Remi Joyeuse, of Knoxville, Tenn., said. “As a kid I remember him saying, ‘I’ll be buried in Arlington when I die.’”

If any veteran deserves to be buried alongside America’s heroes, it’s Joyeuse, according to author and military historian Patrick O’Donnell, who wrote about the spy’s wartime exploits in a 2004 book, Operatives, Spies, and Saboteurs.

“He was one of the most extraordinary spies of World War II,” O’Donnell said.

Joyeuse, a retired physician, was 92 when he died last June at Saranac Lake in the Adirondacks, where he lived and worked, after battling Alzheimer’s disease for more than a decade. Soon after, his survivors — wife Suzanne, sons Remi and Marc-Jerome — were crushed to learn from Arlington officials that he wasn’t eligible for burial there.

The family said they were told that it was because he wasn’t a U.S. citizen during the war, although an Arlington official said Monday that the reason may have had more to do with the fact that he wasn’t a member of the American military at the time of his heroics.

The family reached out to local congressional members and current and former military and intelligence officials for help in reversing the decision. In November, Army Secretary and former U.S. Rep. John McHugh of northern New York approved the former spy’s burial at Arlington.

“I’ve never seen a veteran more qualified to be buried at Arlington,” said O’Donnell, author of several books on World War II. “What he had done for the United States was extraordinary.”

His case may have been blurred by the ambiguous status of his wartime service.

Joyeuse was raised in France and left after the war started. He made his way to the U.S., where he enrolled in the University of Pennsylvania and joined the Free French forces. But his fluency in French, German, Italian and English soon caught the attention of the Office of Strategic Services, America’s spy wartime spy agency and precursor to the CIA.

The OSS had him parachuted into German-held France in the spring of 1944. Despite narrowly escaping capture and suffering a leg wound during a shootout with the Gestapo, he provided key information on an oil refinery and an underground V-1 rocket factory. Both were bombed by Allied planes in the weeks before the Normandy invasion on June 6, 1944, O’Donnell said.

After the war, Joyeuse served with the French army in Indochina as a medic. His jungle combat experience of treating wounded soldiers with scant medical supplies prompted him to enter the medical profession upon his return to France and his subsequent move to America in the 1950s. Joyeuse became an expert in emergency treatment of trauma patients, as well as a surgeon and college professor.

“He put away his cloak and dagger and picked up his doctor’s coat and went to work,” O’Donnell said.