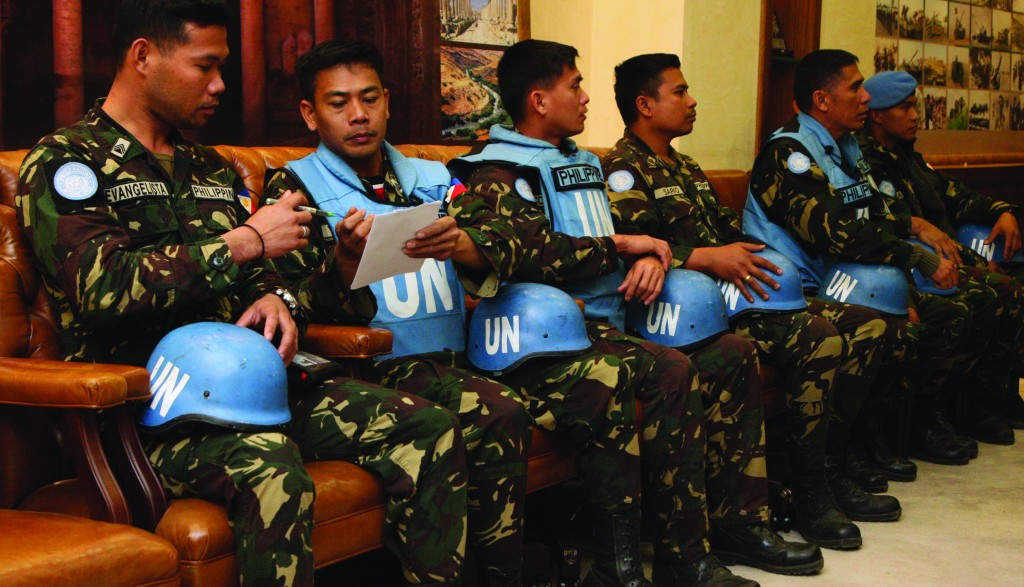 Rebels in southern Syria freed 21 U.N. peacekeepers over the weekend after holding them hostage for four days, driving them to the border with Jordan after accusations from Western officials that the little-known group had tarnished the image of those fighting to topple President Bashar Assad.

The abduction and the difficult negotiations that ended it highlight the disorganization of the rebel movement, which has hindered its ability to fight Assad and complicates vows by the U.S. and others to provide assistance.

It also has raised concerns about the future of U.N. operations in the area. The Filipino peacekeepers were abducted on Wednesday by one of the rebel groups operating in southern Syria near the Jordanian border and the Israeli-occupied Golan Heights, where a U.N. force has patrolled a ceasefire line between Israel and Syria for nearly four decades.

Activists associated with the group, the Yarmouk Martyrs Brigade, gave different reasons for seizing the 21 men. First they demanded that all government forces leave the area. Then they suggested the peacekeepers were human shields against government attacks. Then they declared them “honored guests” held for their own safety.

After negotiations that the top U.N. official in Damascus described as “long and difficult,” the rebels changed the plan to deliver the peacekeepers to a U.N. team, instead taking them to the Jordanian border.

Video broadcast by Arab satellite channels showed them after their release sitting at a round conference table in Amman, their bright blue helmets in front of them.

U.N. Secretary-General Ban Ki-moon welcomed their release and called on all parties in Syria to respect the peacekeepers’ freedom of movement.

Raul Hernandez, spokesman for the Philippines Department of Foreign Affairs, said Sunday the initial plan for the peacekeepers is for them to stay in Jordan for two days before they return to the Golan Heights.

“They are safe, they are unharmed, they are okay, and they are whole,” he said, quoting Palala.