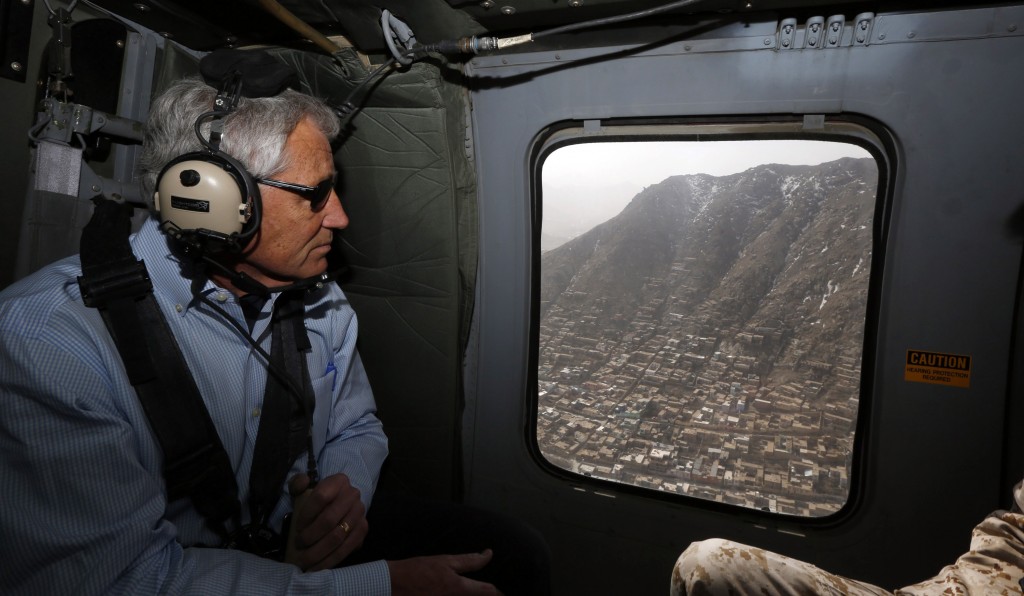 A series of security problems and fractured relations with Afghan leaders plagued Defense Secretary Chuck Hagel’s first trip here as Pentagon chief, including the Afghan president’s accusations that the U.S. and the Taliban are working in concert to show that violence in the country will worsen if most coalition troops leave.

The top U.S. commander in Afghanistan, Gen. Joseph Dunford, quickly rejected the charges President Hamid Karzai made Sunday as “categorically false.” But the accusations were just the latest in a series of disputes that have frayed relations between the two nations as the U.S. works to wind down the war and turn the country’s security over to the Afghans.

Speaking to reporters shortly after Karzai made the comments, Dunford said the Afghan leader has never expressed such views to him but said it was understandable that tensions would arise as the coalition balances the need to complete its mission with the Afghans’ move to exercise more sovereignty.

Dunford’s comments came, however, soon after U.S. officials cancelled a news conference with Hagel and Karzai because of a security threat — just a day after a suicide bomber on a bicycle struck outside the Afghan Defense Ministry, killing nine Afghan civilians and wounding 14 others. Hagel heard the explosion from the safe location where he was meeting with Afghan officials but was never in danger.

The security problems compounded a series of flare-ups in recent weeks, including a dispute that has stalled the transfer of a U.S. prison to Afghan authority as well as Karzai’s order to expel U.S. special operations forces out of Wardak province, which lies just outside the capital, because of allegations that Afghans working with the commandos were involved in abusive behavior.

Hagel met with Karzai Sunday night and said that he discussed all the key issues with the president. He also rejected any suggestions that the U.S. is in collusion with the Taliban. Speaking to reporters traveling with him, Hagel declined to detail his conversation with Karzai but said, “ I think he understands where we are and where we’ve been, and hopefully where we’re going together”

The U.S. and Afghan leaders are in the midst of negotiations over the long-term presence of American forces in Afghanistan beyond the end of 2014, when all combat troops are scheduled to leave.