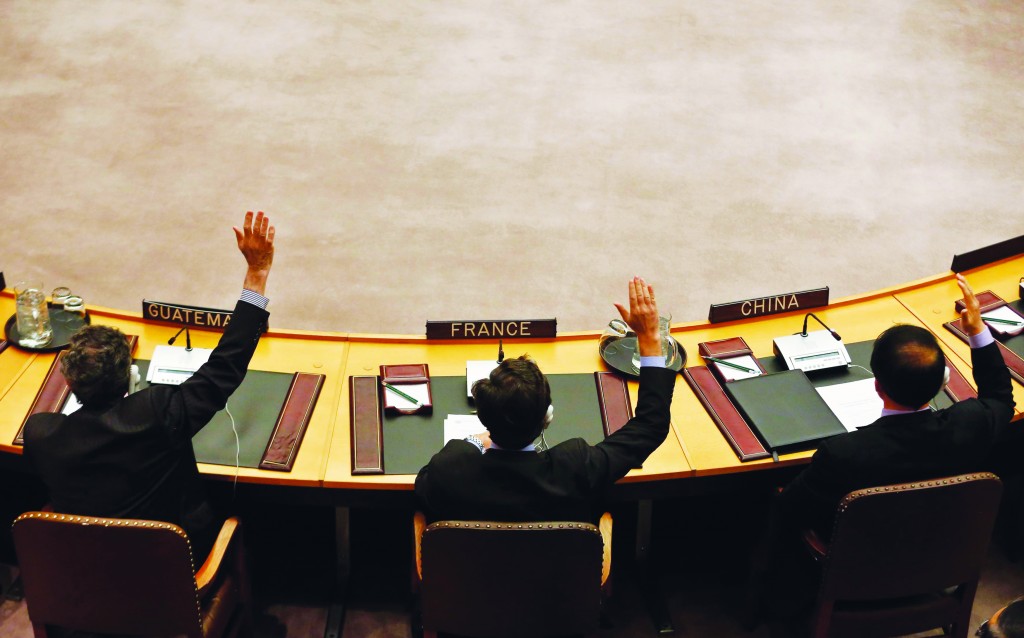 The U.N. Security Council voted unanimously Thursday for tough new sanctions to punish North Korea for its latest nuclear test, and a furious Pyongyang threatened a nuclear strike against the United States.

“The top priority now is to defuse the tensions, bring down heat … bring the situation back on the track of diplomacy, on negotiations,” Li said.

North Korea’s nuclear test in February was the first since the country’s young new leader, Kim Jong Un, took charge amid questions of whether he would steer the country on a different course. The North’s threats sharpened Thursday with the first reference to a preemptive nuclear attack.

Immediately before the vote, an unidentified spokesman for Pyongyang’s Foreign Ministry said the North will exercise its right for “a preemptive nuclear attack to destroy the strongholds of the aggressors” because Washington is “set to light a fuse for a nuclear war.”

The statement was carried by the North’s official Korean Central News Agency, which issued no immediate comment after the Security Council vote.

In Pyongyang, Army Gen. Kang Pyo Yong told a crowd of tens of thousands that North Korea is ready to fire long-range nuclear-armed missiles at Washington, which “will be engulfed in a sea of fire.”

The White House responded by saying the U.S. is fully capable of defending itself against a North Korea ballistic missile attack.

Although North Korea boasts of nuclear bombs and pre-emptive strikes, it is not thought to have mastered the ability to produce a warhead small enough to put on a missile capable of reaching the U.S. It is believed to have enough nuclear fuel, however, for several crude nuclear devices.

Tensions have escalated following a rocket launch by Pyongyang in December and its third nuclear test on Feb. 12. Both acts defied three Security Council resolutions that bar North Korea from testing or using nuclear or ballistic missile technology and from importing or exporting material for these programs.