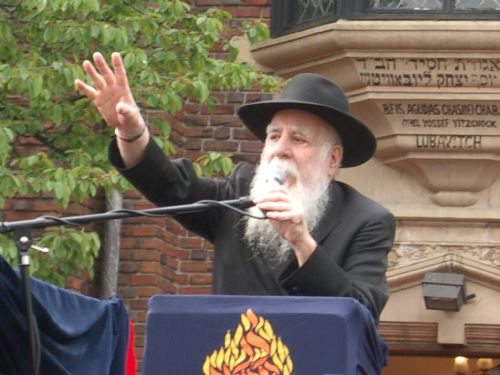 Rabbi Yosef Goldstein, the longtime assistant principal in Bais Yaakov of Boro Park whose many story cassettes earned him the nom de guerre “Uncle Yossi” by a generation of adoring children, was niftar on Thursday in his adopted hometown of California following a brief illness. He was 85.

The levayah is scheduled for Friday morning at 10:00 a.m. in Boro Park’s Shomrei Hadas chapels. It will then pass by the Lubavitch headquarters at 770 Eastern Parkway in Crown Heights, followed by kevurah in Queens.

Rabbi Goldstein was a deeply beloved member of the Bais Yaakov staff, according to an employee there who worked together with him for several years.

“He was very musical, he always had a smile on his face,” Yanky Joslitz, the manager of Bais Yaakov said. “He would play his piano and make everyone happy.”

“Every single person that knew him liked him,” Freidy Pilchick, a niece, said. “If you knew him, you loved him.”

Beginning with his trademark, “And so dear children…” thousands of Jewish children got to know the man with the friendly voice as Rabbi Goldstein did his weekly “Tzivos Hashem on the Air” on a local New York radio station.

Born in Providence, Rhode Island, to Reb Moshe Yehudah and Chaya Malka Goldstein — Torah pioneers who were profiled two years ago in Hamodia’s “America’s Noble Families” — the Goldsteins moved to New York to enable their children to have a Torah education.

“He would always try to give a challenge to the children,” Mr. Joslitz said, “to teach them that they should use their heads.”

Rabbi Goldstein would tell children a story during lunchtime every day, which he later began to tape and sell in stores. Fourteen tapes were eventually recorded, making “Uncle Yossi” a favorite household name.

Following the passing of his first wife, Rabbi Goldstein remarried about 10 years ago and moved to Poway, Calif., where he continued teaching, this time to adults. He took ill several months ago and was niftar on Thursday.