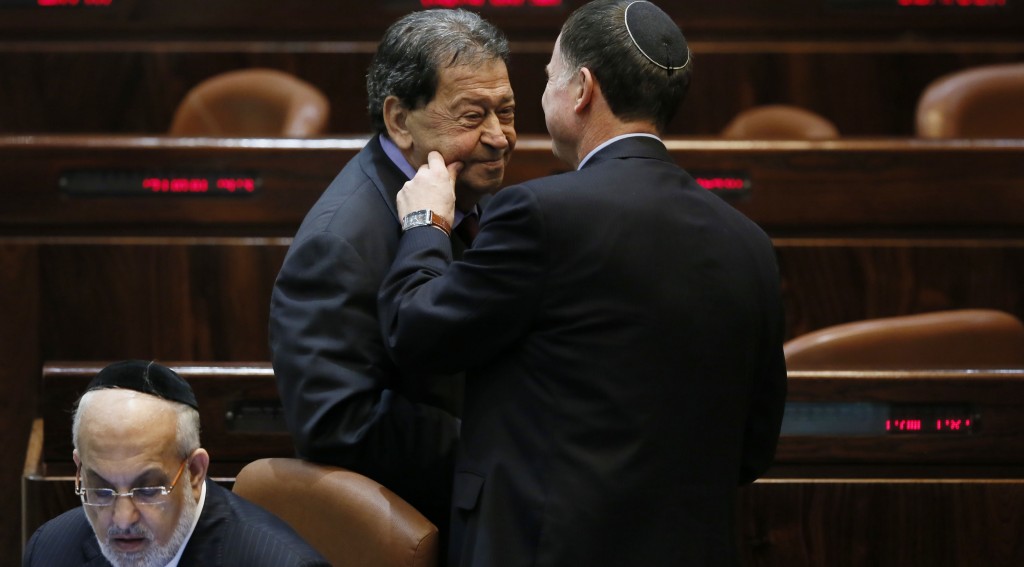 At a special Knesset session on Wednesday, MKs from across the political spectrum lined up in support of ongoing efforts to persuade U.S. President Barack Obama to release Jonathan Pollard.

Acting Knesset Speaker Binyamin Ben-Eliezer (Labor) told the plenum that “This is no longer a political or a security issue; it is a humanitarian matter that, as the country for which Pollard was working, Israel is obligated to address.

“Almost every faction in this house agrees that after 28 years in an American jail, and at the age of 60, [Pollard] should be allowed to return to Israel.”

“We need to show our unequivocal support for Pollard’s release after so many years,” said Labor Party Secretary-General Hilik Bar at the special session.

“This is a tragic, painful topic that is a huge wound on our nation.”

Recalling Pollard’s arrest, session co-sponsor Labor MK Nachman Shai said that it “took days” before Yerushalayim knew what had happened to him. “Things became complicated until we reached the dead end we’re at today,” he said. “Enough is enough. There is no reason to keep Pollard in prison. This Knesset must say clearly: Free Jonathan Pollard.”

Across the political aisle, Jewish Home MK Nissim Slomiansky declared that by freeing the ailing Pollard, Obama would “bring the U.S. and Israel closer.” Obama has insisted that he is a friend to Israel; Slomiansky argued, “Show us!”

MK Yoni Chetboun (Jewish Home), who initiated the Knesset discussion in advance of Obama’s visit, said: “Pollard’s release is not a political issue or a concern of a specific segment of society. It is a national consensus that crosses [political] camps.

“It is our moral responsibility as members of Knesset to act in order to bring Pollard’s immediate release and an end to this cruel saga.”

Diaspora Affairs Minister Yuli Edelstein expressed his gratitude to those behind the petition. “This is a very painful issue. Please G-d, we will not have to have another discussion about how to secure Pollard’s freedom. I believe that Israel made two mistakes in the case of Jonathan Pollard. It was a mistake to use him in the first place, and it was a mistake that it took over a decade to admit that he was an Israeli agent.”

“The people of Israel, the Israeli government and Israel pushed him off the public agenda and denied the voices of the few who called to act,” Rivlin said.

The Israeli public understand that “silent action will not help”, he said, stressing the need to act openly and push for Pollard’s release.

A petition calling for Pollard’s release, which will be hand-delivered to Obama on his arrival in Israel, has already garnered nearly 115,000 signatures in a mere two weeks.

Yesh Atid leader Yair Lapid, who recently met with Mrs. Esther Pollard and pledged to do everything possible to free her husband, added his name. “I don’t usually sign petitions,” Lapid said, “but this time I signed.”