Regional Christie: Storm Not ‘Nearly as Bad’ as Feared
Regional 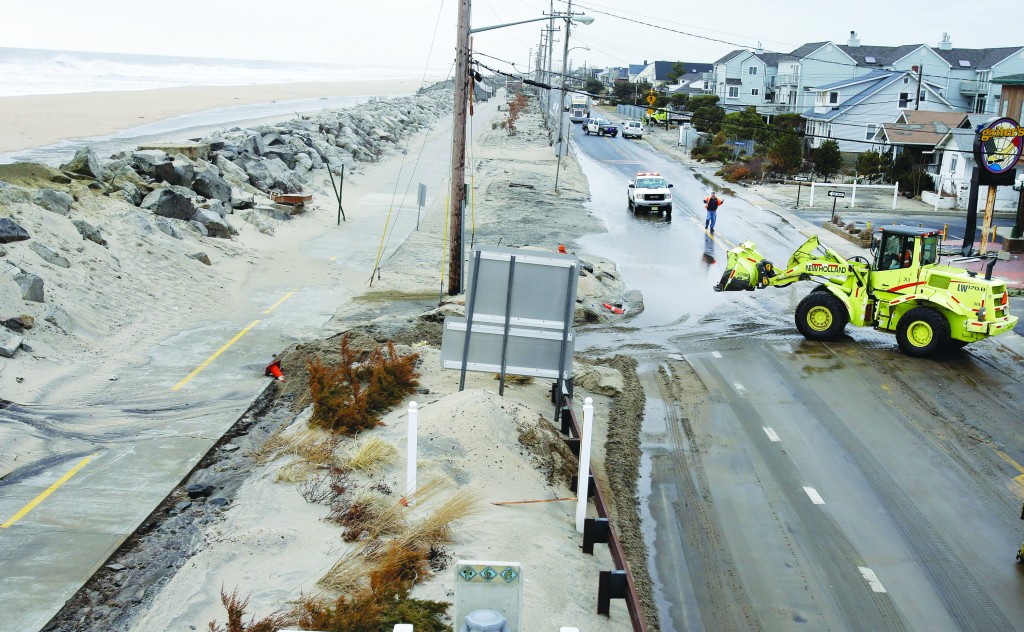 Gov. Chris Christie said what many New Jerseyans came to realize on their own Thursday: a winter storm that hit New Jersey was not “nearly as bad” as had been feared.

After touring a group home for people with disabilities in Robbinsville, Christie said things could have been much worse.

“So far — we still have some snow coming and some other issues — it appears, at least for the moment, as if the storm wasn’t nearly as bad as projected,” he said.

Between 400 and 500 homes in Atlantic City suffered flooding, many of which had still not been repaired since Superstorm Sandy hit in October.

Pounding surf broke through a temporary dune in Mantoloking during the early-morning high tide, around 3 a.m.

The breach sent water flowing through onto the highway, forcing officials to close a section of Route 35, from Herbert Street to the Bay Head border for eight hours. It was reopened shortly after 11 a.m. after front-end loaders and street sweepers cleared sand from the roadway.

The state Department of Transportation, Mantoloking’s own public works crews and contractors were scooping and pushing sand back into the breach.

“They’re trying to keep the dune system intact,” Police Chief Mark Wright said. “We need to get this fixed before the next high tide, which is at 3 o’clock.”

The waves broke through the dunes between the remnants of two oceanfront houses obliterated by the October storm. But the breach was far less serious than the one that occurred during Sandy, which cut a channel between the ocean on one side and Barnegat Bay on the other, severing Mantoloking in two. That breach was repaired in a massive public works effort, and buttressed by a thick steel wall protecting the Mantoloking Bridge, part of which was wiped out by the October breach.

Flooding also remained a problem in other shore towns, including Sea Bright, where firefighters extinguished a blaze in a vacant commercial building that was caused by a downed electrical line. Water on roads was also forcing closures in towns including Monmouth Beach, Absecon, Aberdeen, Egg Harbor Township, Manasquan and Wildwood. Parts of Long Beach Island also experienced flooding during Thursday’s high tide just before 6 a.m.

A coastal flood warning remains in effect until 9 a.m. Friday. Northern New Jersey faces the possibility of 2 to 4 inches of snow from Thursday night into Friday morning.

The last power outages were being dealt with Thursday afternoon, with just over 700 customers affected, mainly in Cape May County.