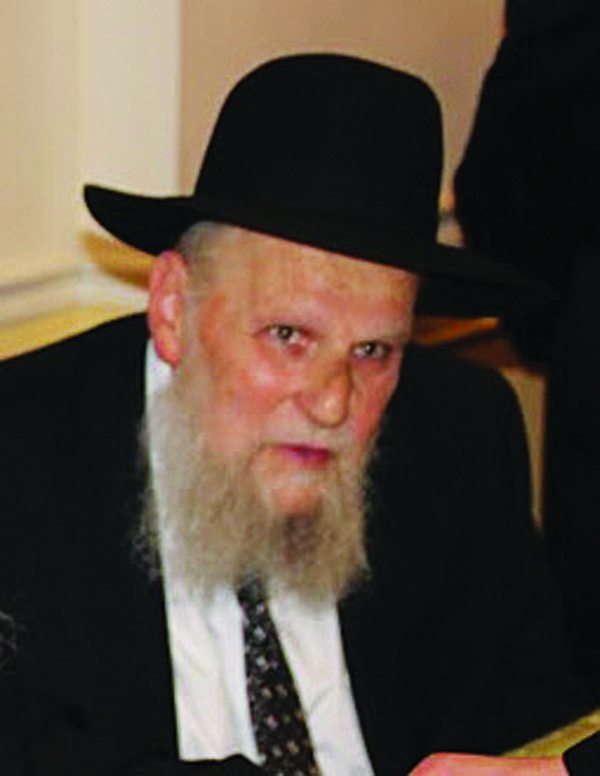 Harav Yerachmiel Shlomo Rothenberg, went from entering the new yeshivah in Mountaindale as a newcomer to intensive Torah study nearly 50 years ago to serving at its helm. He influenced hundreds of bachurim to follow his chosen path for the past16 years, was niftar on Monday night after an extended illness. He was 71.

Rabbi Rothenberg, the Rosh Yeshivah of Yeshivah Zichron Mayir of Mountaindale, passed away on the 16th yahrtzeit of Harav Yehudah Davis, zt”l, the yeshivah’s founder and his rebbi muvhak.

“Talmidim think about their rebbi every day,” one maspid said at the levayah in the yeshivah on Tuesday. “The Rosh Yeshivah thought about his rebbi every hour.”

Nothing was too much or too hard for the Rosh Yeshivah to do for his talmidim. He loved them like his own children, he would say frequently — a high bar to scale, his children said.

At simchos, the Rosh Yeshivah would dance with such abandon and joy that it was not uncommon for guests to think he was the baal simchah. He would even get down on the floor in his hat and jacket and do a long round of pushups to the amusement of the chassan and kallah.

But Reb Shlomo’s overriding goal, his son-in-law Rabbi Simcha Deutch said, was to reach the hearts of his talmidim, some of whom were new to Yiddishkeit.

“He was someone who reminded you that Hashem exists in the world, that Torah is for everyone, even for a bachur who works in a store, and he gave that over to his talmidim based on his own life experience,” Rabbi Deutch, manager of Irgun Shiurai Torah, said.

Heading into college as an 18-year-old, Shlomo had two ambitions in life: become a dentist or a professional basketball player. And he pursued both of those goals with a single-minded passion.

It was during a game he was playing that he met Harav Yehudah Davis, the legendary Slabodka talmid, mechanech and kiruv activist. Rabbi Davis, a man with a formidable persona, made such a deep impression on Shlomo that he quit college, gave up pro sports, and followed his new mentor to the Mirrer Yeshivah in Flatbush.

“He went to the yeshivah and he never looked back,” Rabbi Deutch said.

Shortly afterward, Rabbi Davis founded his own yeshivah, soon named Zichron Mayir after his 19-year-old son who died in a tragic accident.

The yeshivah, geared to older bachurim who were beginners to intensive learning, was in Brighton Beach. Reb Shlomo was one of the founding talmidim. They would summer in Mountaindale, a small town near Monticello, N.Y., where Orthodox Jews had begun spending the summers to avoid the oppressive Brooklyn heat.

As the neighborhood in Brighton steadily changed to a distinctly more secular one, the yeshivah moved to Mountaindale on a permanent basis.

Living in Mountaindale was hard for the American boys in the beginning. They lived in trailers without the amenities they were used to. But the power of Rabbi Davis’s personality proved stronger than the discomfort.

“There was no heat, no running water,” Reb Shlomo himself told Dr. Yitzchok Levine, a professor of mathematical sciences at the Stevens Institute of Technology in Hoboken for an article the latter wrote about Rabbi Davis. “We were comfortable American boys. What made us go there? He was our rebbi, he was our father in everything in life — in marriage, in chinuch, in ruchniyus, in gashmiyus.”

Reb Shlomo married Chana Markow from Philadelphia, an orphaned girl who grew up with her grandmother Freide Milka in Williamsburg. The young couple lived briefly in Flatbush, where Reb Shlomo learned in the Mirrer Kollel, before moving permanently back to Mountaindale.

When Rabbi Davis established his yeshivah, it was mostly geared toward older bachurim. Sensing Reb Shlomo’s potential, he asked him to begin attracting a younger crowd and to teach them.

Reb Shlomo absorbed whatever he could from Rabbi Davis — his derech halimud, his derech in mussar which he received from Harav Eizek Sher at Slabodka, his ahavas habrios, even his manner of teaching. And he, in turn, utilized and gave over those methods to the next generation.

“Whatever Rabbi Davis gave me I try to give over to the boys,” Reb Shlomo told Community, a sephardic periodical, in advance of a yeshivah dinner. “We put them in an atmosphere where they feel connected and cared for. They know the Rabbis live the life they believe in, and that touches their hearts.”

He would play baseball or basketball with his talmidim, teaching them through sports lingo how to improve relationships.

“Pass the ball,” he would say on the court. “Give. That is how you learn to share.”

And his talmidim reciprocated his love. One talmid recalled at the levayah the time he had returned from yeshivah in Eretz Yisrael. Going to greet the Rosh Yeshivah, Reb Shlomo noticed the car service driver, a secular man, and hugged him.

“We need a lot more people like him,” the startled livery driver later told the talmid in awe.

Reb Shlomo was diagnosed with cancer about 17 years ago and began undergoing treatments. The name Yerachmiel was added a few years ago as a segulah. But while the sickness at first partially receded, it worsened a year ago.

Two weeks ago, doctors at Kimball Medical Center in Lakewood called the family to the hospital several times to what they thought were his final moments. Each time he pulled through.

Until Monday night. Shortly after the yahrtzeit of his beloved rebbi came in, Reb Shlomo’s neshamah departed to join him.

Kevurah was in the Monsey beis hachaim, near his rebbi, Harav Yehudah Davis.

Shivah will be observed at 3 Lobo Lane in Mountaindale until Monday morning.