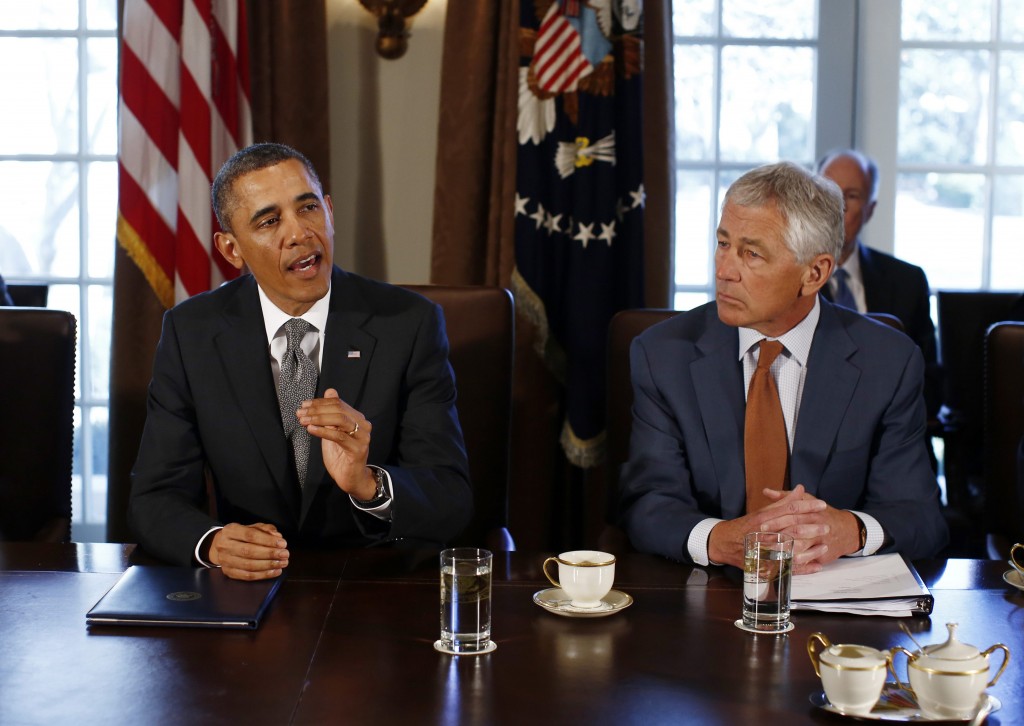 Republicans controlling the House moved Monday to ease a crunch in Pentagon readiness while limiting the pain felt by such agencies as the FBI and the Border Patrol from the across-the-board spending cuts that are just starting to take effect.

The effort is part of a huge spending measure that would fund day-to-day federal operations through September — and head off a potential government shutdown later this month.

The measure would leave in place automatic cuts of 5 percent to domestic agencies and 7.8 percent to the Pentagon ordered by President Barack Obama Friday night after months of battling with Republicans over the budget. But the House Republicans’ legislation would award the Defense Department its detailed 2013 budget while other agencies would be frozen in place at 2012 levels. The unprecedented across-the-board cuts would then be applied to every federal agency except Veterans Affairs, which is exempt from them.

The impact of the new cuts was proving slow to reach the broader public as Obama convened the first Cabinet meeting of his second term to discuss next steps.

The Pentagon did say it would furlough thousands of military school teachers around the world and close commissaries an extra day each week. And Homeland Security Secretary Janet Napolitano said the spending cuts were causing delays in customs lines at airports including Los Angeles International and O’Hare International in Chicago.

Obama said he was continuing to seek out Republican partners to reach a deal to ease or head off the cuts, but there was no sign that a breakthrough was in the works to reverse them.

The new GOP funding measure is set to advance through the House on Thursday. It’s aimed at preventing a government shutdown when a six-month spending bill passed last September runs out March 27.

Obama presided Monday over the first meeting of his new-look Cabinet in a sobering climate of fiscal belt-tightening, urging humane management of spending cuts for communities and families that are “going to be hurting.”

“We can manage through it,” the president told reporters. Obama and members of his Cabinet had been warning for weeks that the cuts would be painful, but the fact is they will be slow to take effect, with the first furloughs of government workers not due until next month. Cuts to many programs may go unnoticed entirely.