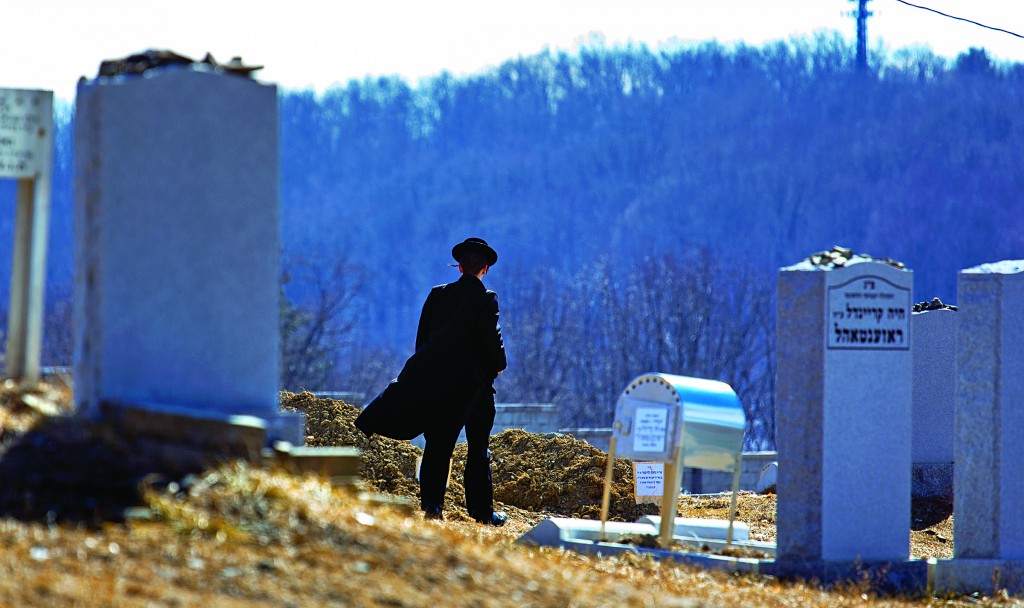 A grieving Jewish community suffered another blow early Monday morning when the baby boy, prematurely born after both his parents were killed on Motzoei Shabbos, was niftar. News of the death came a day after a huge crowd attended the levayah of the newborn child’s parents, Reb Nachman and Mrs. Raizy Glauber, z”l, both 21 years old. They were brought to kevurah in Kiryas Joel.

For the second day in a row, strangers wept openly when hearing about this additional loss, as a community reeled from an incomprehensible tragedy.

Police have identified a suspect being sought in the hit-and-run collision of the speeding grey 2010 BMW sedan and the car service carrying the Glaubers. The accident occurred at the intersection of Wilson Street and Kent Avenue in Williamsburg.

NYPD spokesman Paul Browne said police are looking for 44-year-old Julio Acevedo, who had a DWI arrest in February. Acevedo, of New York City, served about eight years in prison on a manslaughter charge in a shooting death, and violated parole once after, according to a state department of correction spokeswoman.

The Glaubers’ livery cab driver, Pedro Nunez Delacruz, 32, was treated for minor injuries at the hospital and was later released. Delacruz had a current driver’s license.

Meanwhile, police said the registered owner of the BMW, Takia Walker, 29, who was not in the car, was charged with insurance fraud on Sunday. A person familiar with the investigation said Walker bought the car legally — or willingly used her identification for the purchase — then gave it to another person. The middleman had either lent or rented the car out to the driver, the person said.

Councilmen David Greenfield and Stephen Levin have offered a $5,000 reward for information leading to the arrest and conviction of the individual who fled the scene of the accident.

At a news conference Monday at the site of the crash, State Senator Eric Adams and Assemblyman David Weprin called  for legislation that would charge with vehicular assault any driver who knowingly leaves the scene of an accident where there is serious physical or injury or death. (With reporting by AP)

Anyone who witnessed the collision on Sunday morning or has any relevant information should call the NYPD at 1-800-577-TIPS.