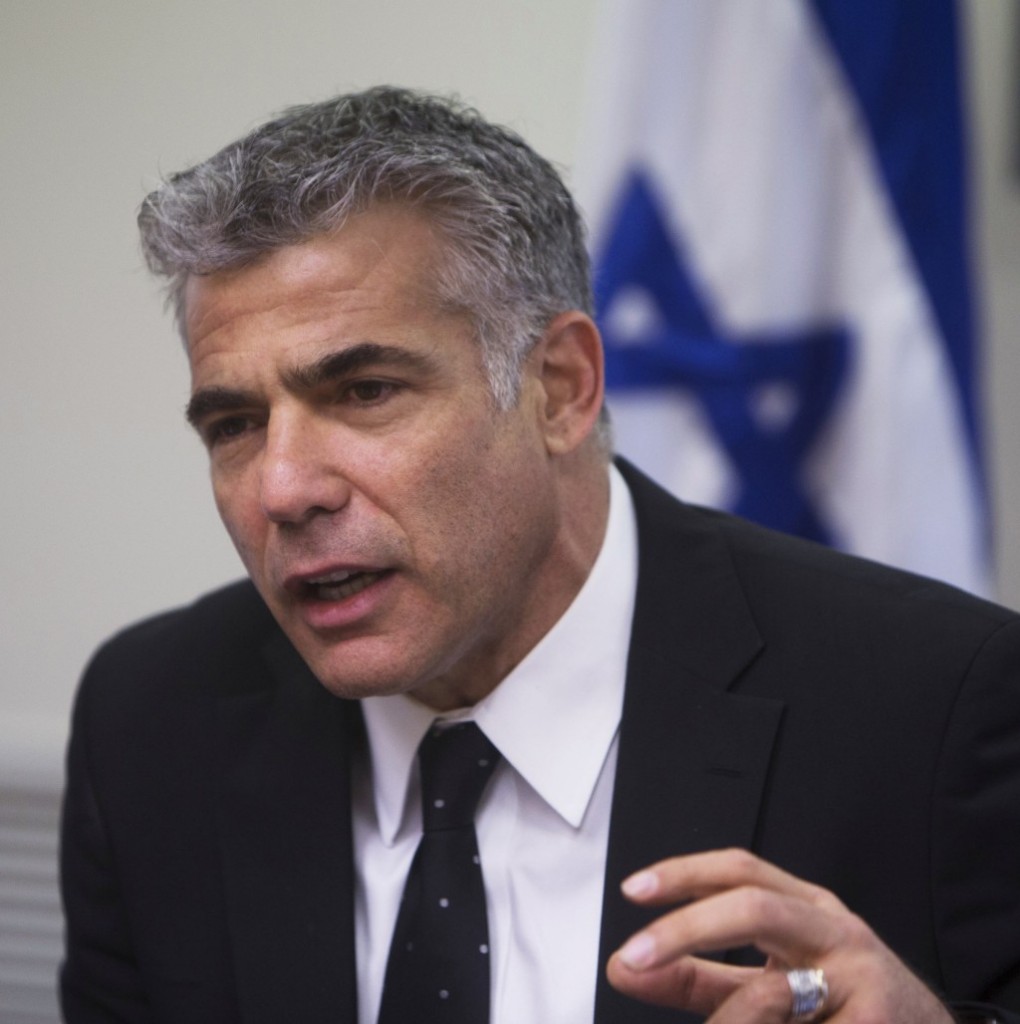 Despite reports that Israeli Prime Minister Binyamin Netanyahu had resigned himself to making a coalition with Yesh Atid and Jewish Home to the exclusion of the chareidi parties, Yesh Atid chairman Yair Lapid said Monday that negotiations were “far from over.”

Speaking at a Yesh Atid meeting, Lapid said that “there are still a number of issues that have not been solved.”

There was a report in Globes, however, that they have reached an agreement on the allocation of ministerial posts.

Working hand-in-hand, Jewish Home will reportedly support Yesh Atid’s demands, as well as the chairmanship of the Knesset Finance Committee and Knesset Constitution, Law and Justice Committee, both important posts. Yesh Atid will also ask for the foreign affairs portfolio, even though Netanyahu has promised it to Yisrael Beitenu chairman MK Avigdor Lieberman.

Both Lapid and Jewish Home party head Naftali Bennett issued optimistic statements about the formation of the new government before the deadline elapses in less than two weeks.

One indication that negotiations did indeed have a distance to go before completion, was a remark by Attorney David Shimron, head of the Likud-Beiteinu negotiating team.

In an interview with Army Radio, Shimron ridiculed Bennett’s demand that Likud-Beiteinu revoke its coalition agreement with Tzipi Livni’s Movement party. “Is this a child’s game?” What is this nonsense?” he asked.

Meanwhile, Labor leader Shelly Yacimovich said Monday that despite calls for the party to join Netanyahu’s coalition, the ideological gulf between them is too great to overcome and her party is preparing to sit in the oppostion.

Speaking at a Labor party faction meeting, Yacimovich argued that “an effective and combative opposition that will be much more effective than sitting in a coalition whose policies will be dictated by Netanyahu.”