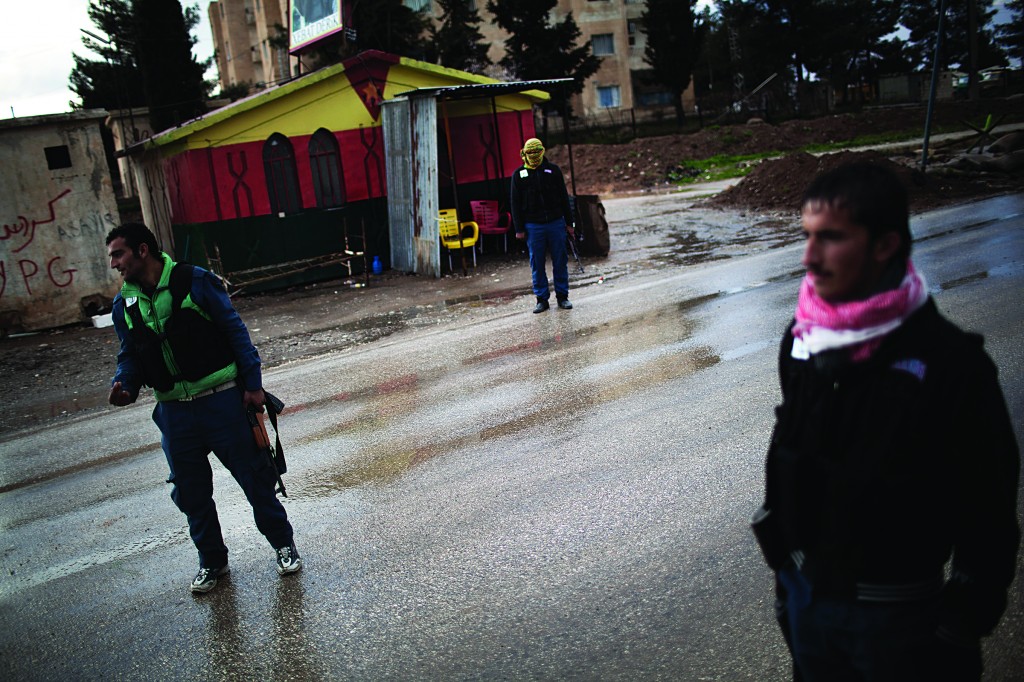 Dozens of Syrian soldiers who had crossed into Iraq for refuge were ambushed Monday with bombs, gunfire and rocket-propelled grenades in an attack that killed 48 of them and heightened concerns that the country could be drawn into Syria’s civil war.

The fact that the soldiers were on Iraqi soil at all raises questions about Baghdad’s apparent willingness to quietly aid the embattled regime of Syrian President Bashar Assad.

The well-coordinated attack, which Iraqi officials blamed on al-Qaida’s Iraq arm, also suggests possible coordination between the terrorist group and its ideological allies in Syria, who rank among the rebels’ most potent fighters.

Iraqi officials said the Syrians had sought refuge through the Rabiya border crossing in northern Iraq during recent clashes with rebels and were being escorted back home through a different crossing farther south when the ambush occurred. Their convoy was struck near Akashat, not far from the Syrian border.

Ali al-Moussawi, a spokesman for Iraq’s prime minister, provided the death toll and said nine Iraqi soldiers were also killed. The Syrians had been disarmed and included some who were wounded, he told The Associated Press.

He said the soldiers had been allowed into Iraq only on humanitarian grounds and insisted that Baghdad was not picking sides in the Syrian conflict.

“We do not want more soldiers to cross our borders and we do not want to be part of the problem,” al-Moussawi said. “We do not support any group against the other in Syria.”

The Iraqi Defense Ministry said 10 additional Syrians were wounded in the assault. In a statement, it warned all parties in the Syrian war against bringing the fight into Iraq, saying its response will be “firm and tough.”

Iraqi officials who provided details of the attack described a carefully orchestrated assault on the Syrians’ convoy, with a senior military intelligence official saying the attackers appeared to have been tipped off ahead of time.

“This attack bears the hallmarks of the al-Qaida terrorist organization,” said Jassim al-Halbousi, provincial council member in Anbar, the restive western region where the attack happened. “The borders should be secured at the highest level of alert.”

Iraqi Prime Minister Nouri al-Maliki told the AP last week that he feared a victory for rebels in the Syrian civil war would create a new extremist haven and destabilize the wider Middle East, sparking sectarian wars in his own country and in Lebanon.

His comments reflect fears by many Shiite Muslims that Sunni Muslims would come to dominate Syria should Assad be toppled. Assad’s regime is backed by Shiite powerhouse Iran, which has been building ties with the Shiite-led government in Baghdad in recent years.

The war in Syria has sharp sectarian overtones, with predominantly Sunni rebels fighting a regime dominated by Alawites, an offshoot of Shiite Islam. Rebel groups have increasingly embraced radical Islamic ideologies, and some of their greatest battlefield successes have been carried out by Jabhat al-Nusra, a group that the U.S. has designated as a terrorist organization and that it claims has links to al-Qaida.