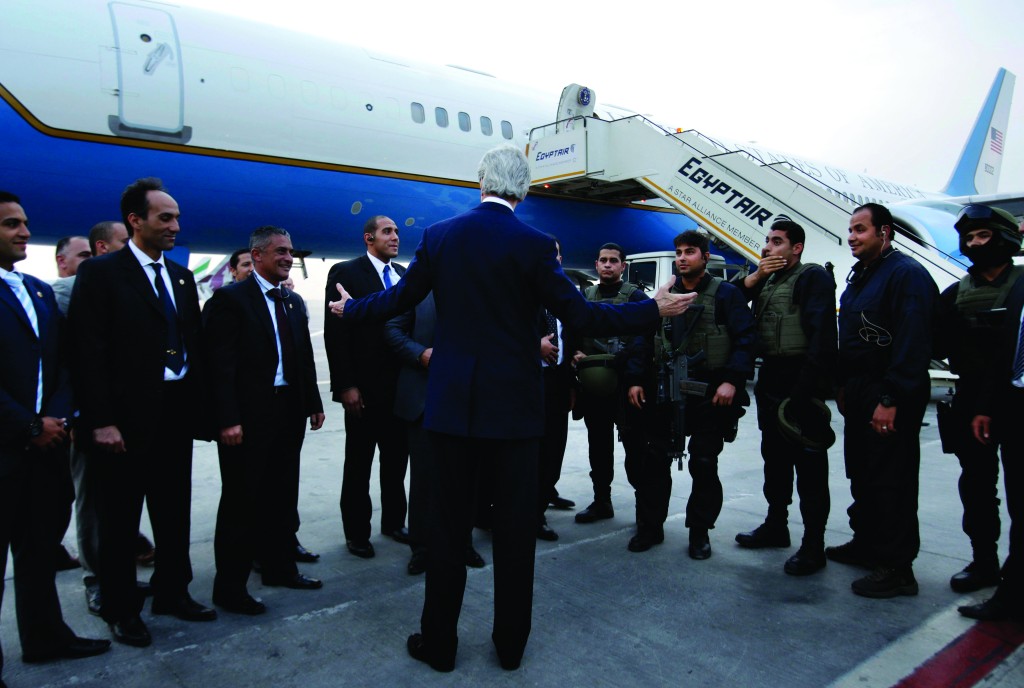 U.S. Secretary of State John Kerry on Sunday rewarded Egypt for President Mohammed Morsi’s pledges of political and economic reform by releasing $250 million in American aid to support the country’s “future as a democracy.”

Yet Kerry also served notice that the Obama administration will keep close watch on how Morsi, who came to power in June as Egypt’s first freely elected president, honors his commitment.

“The path to that future has clearly been difficult, and much work remains,” Kerry said in a statement after wrapping up two days of meetings in Egypt, a deeply divided country in the wake of the revolution that ousted longtime president Hosni Mubarak.

Egypt is trying to meet conditions to close on a loan package of $4.8 billion from the International Monetary Fund. An agreement would unlock more of the $1 billion promised by President Obama last year and set to begin flowing with Kerry’s announcement.

Kerry cited Egypt’s “extreme needs” and Morsi’s “assurances that he plans to complete the IMF process” when he told the president that the U.S. would provide $190 million of a long-term $450-million pledge “in a good-faith effort to spur reform and help the Egyptian people at this difficult time.”

The release of the rest of the $450 million and the other $550 million tranche of the $1 billion that Obama promised will be tied to reforms, officials said.