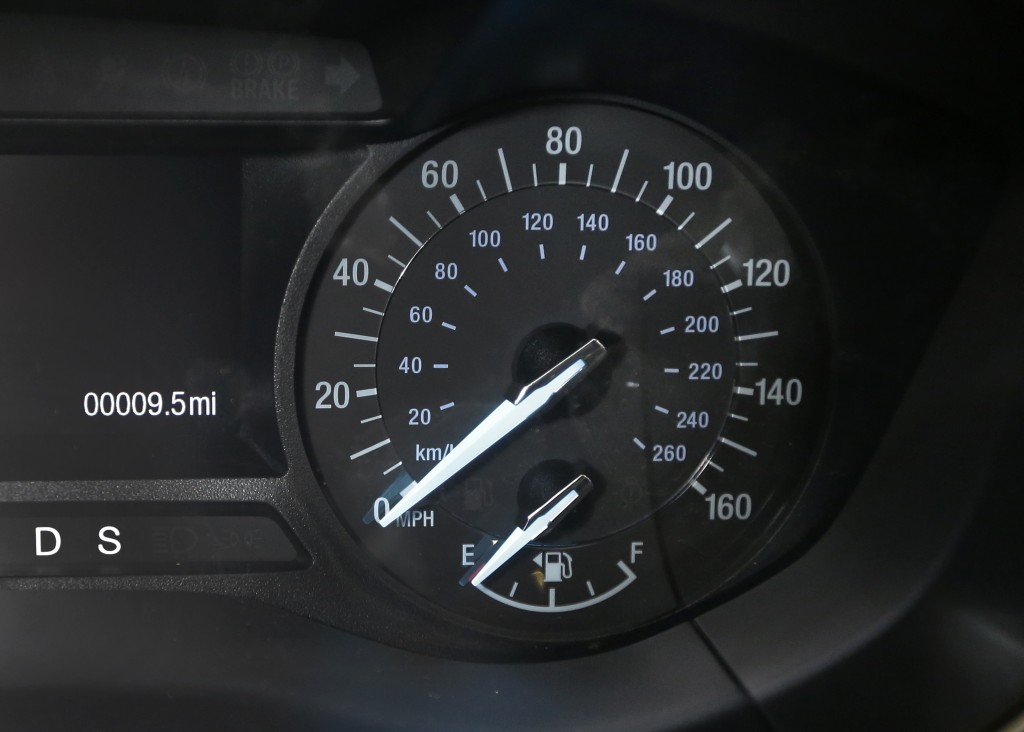 The speedometer on the Toyota Yaris says the tiny car can go 140 miles per hour.

In reality, the bulbous subcompact’s 106-horsepower engine and automatic transmission can’t push it any faster than 109.

So why do the Yaris – and most other cars sold in the U.S. – have speedometers that show top speeds they can’t possibly reach?

The answer has deep roots in an American culture that loves the rush of driving fast. The automakers’ marketing departments are happy to give people the illusion that their family car can travel at speeds rivaling a NASCAR racer. And companies often use one speedometer type in various models across the world, saving them money.

But critics say the ever-higher numbers are misleading. Some warn they create a safety concern, daring drivers to push past freeway speed limits that are 65 to 75 mph in most states.

“You reach a point where it becomes ridiculous,” says Larry Dominique, a former Nissan product chief who is now executive vice president of the TrueCar.com auto pricing website. “Eighty percent plus of the cars on the road are not designed for and will not go over 110 mph.”

For years, most speedometers topped out at 120 – even though that was 50 mph over the limit in most states. Then, in 1980, Joan Claybrook, who ran the National Highway Traffic Safety Administration, limited speedometers to 85 mph, even though cars could go much faster.

The move, designed to end the temptation to push cars to their limits, drew outrage from gearheads nationwide. Some automakers got around the rule by ending the numbers at 85 but leaving lines beyond that to show higher speeds. The government also forced automakers to highlight 55 mph, which at the time was the fuel-saving national speed limit.

The limit was short-lived, overturned two years later by President Ronald Reagan, who campaigned on a pledge to end onerous government regulations. Cars with 85 mph speedometers lingered for several years until they were redesigned and the maximum speeds for most returned to 120.

By the 2000’s, however, the speedometer speeds crept higher. Even compact cars showed 130 or 140 mph. The 2014 Chevrolet Corvette speedometer and some Jaguar models now peak at 200.

Claybrook concedes there’s no data to show the 85 mph limit saved lives, but she believes it did. She called the ever-higher speedometer numbers immoral.

Currently, the government has no plans to reinstate speedometer limits or regulate top speeds, saying there’s no evidence to show it would prevent crashes. “Ultimately, drivers are subject to speed limits mandated by the states, regardless of the top speed listed on a vehicle speedometer,” NHTSA spokeswoman Lynda Tran said.