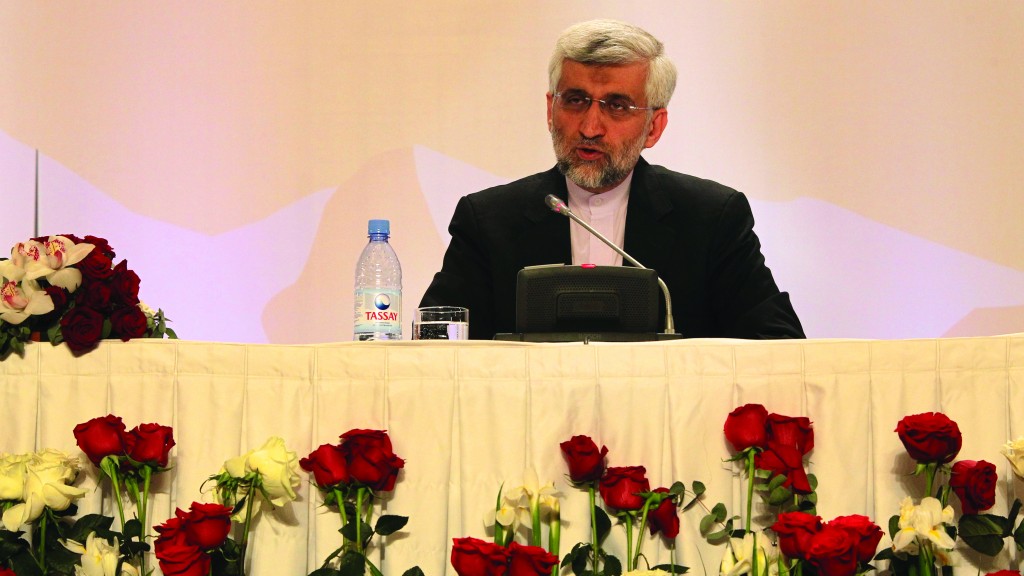 Iran was upbeat on Wednesday after talks with world powers about its nuclear work ended with an agreement to meet again, but Western officials said it had yet to take concrete steps to ease their fears about its atomic ambitions.

Rapid progress was unlikely with Iran’s presidential election, due in June, raising domestic political tensions, diplomats and analysts had said ahead of the Feb. 26-27 meeting in the Kazakh city of Almaty, the first in eight months.

The United States, China, France, Russia, Britain and Germany offered modest sanctions relief in return for Iran curbing its most sensitive nuclear work but made clear that they expected no immediate breakthrough.

In an attempt to make their proposals more palatable to Iran, the six powers appeared to have softened previous demands somewhat, for example regarding their requirement that the Islamic state ship out its stockpile of higher-grade uranium.

Iran’s chief nuclear negotiator Saeed Jalili said the powers had tried to “get closer to our viewpoint,” which he said was positive.

In Paris, U.S. Secretary of State John Kerry commented that the talks had been “useful” and that a serious engagement by Iran could lead to a comprehensive deal in a decade-old dispute that has threatened to trigger a new Middle East war.

However, one diplomat said Iranian officials at the negotiations appeared to be suggesting that they were opening new avenues, but it was not clear if this was really the case.

The two sides agreed to hold expert-level talks in Istanbul on March 18 to discuss the powers’ proposals, and return to Almaty for political discussions on April 5-6, when Western diplomats made clear they wanted to see a substantive response from Iran.

“Iran knows what it needs to do, the president has made clear his determination to implement his policy that Iran will not have a nuclear weapon,” Kerry said.

A senior U.S. official in Almaty said, “What we care about at the end is concrete results.”

Israel was watching the talks closely. It has strongly hinted it might attack Iran if diplomacy and sanctions fail to ensure that it cannot build a nuclear weapon. Iran denies any such aim.