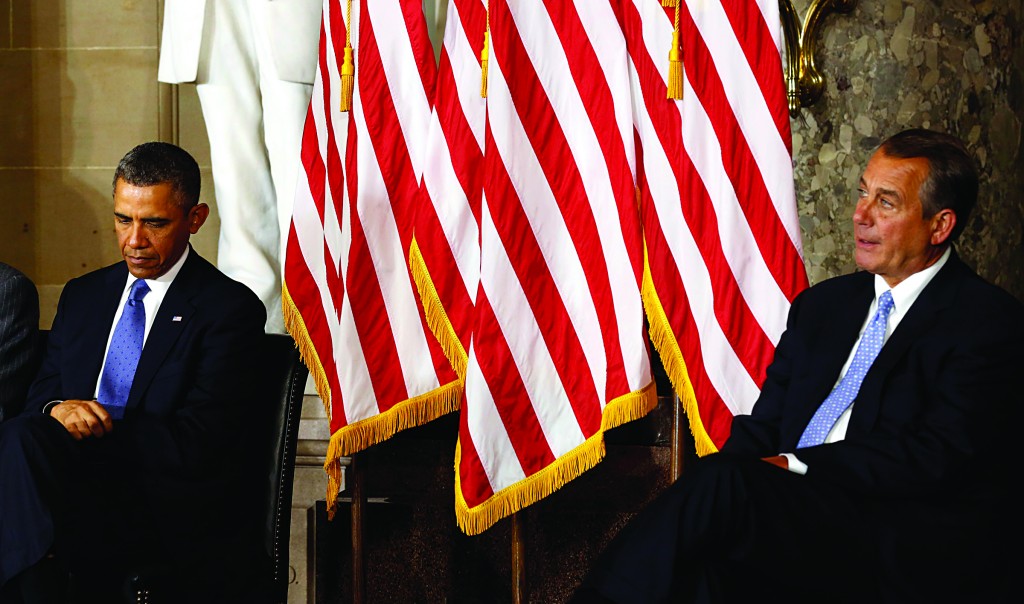 The White House conceded Wednesday that efforts to avoid automatic budget cuts are unlikely to succeed before they kick in and is initiating new talks with congressional leaders to confront seemingly intractable tax-and-spend issues.

President Barack Obama will meet at the White House Friday with House and Senate leaders of both parties on the same day the cuts, known in Washington-speak as a “sequester,” take effect. This would put the White House and Congress essentially in the position of looking past the cuts to the next looming fiscal showdown: A March 27 deadline to continue government operations or force a government shutdown.

White House spokesman Jay Carney said the White House talks, arranged Tuesday, are designed to be a “constructive discussion” about how to keep the cuts from having harmful consequences. Obama has been calling for a mix of spending cuts and tax increases to achieve deficit reduction goals.

The White House has warned that the $85 billion in cuts could affect everything from commercial flights to classrooms and meat inspections. The cuts would slash domestic and defense spending, leading to forced unpaid days off for hundreds of thousands of government workers.

The Senate planned to vote on a Democratic stop gap measure on Thursday that would forestall the automatic cuts through the end of the year. It would replace them with longer-term cuts to the Pentagon and cash payments to farmers, and by installing a minimum 30 percent tax rate on income exceeding $1 million.

But Republicans oppose tax increases and will likely block the measure. Carney argued that such opposition would mean the cuts, known as a sequester in budget terms, would be the responsibility of Republicans.

Senate Republican leader Mitch McConnell said Friday’s session will focus on ways to reduce government spending, but he also said he will not back down on his opposition to any new revenues. McConnell, along with House Speaker John Boehner, Senate Democratic leader Harry Reid and House Democratic leader Nancy Pelosi, will attend meeting at the White House.

“We can either secure those reductions more intelligently, or we can do it the president’s way with across-the board cuts. But one thing Americans simply will not accept is another tax increase to replace spending reductions we already agreed to,” said McConnell, R-Ky.

New York Mayor Michael Bloomberg, at the White House to discuss legislation aimed at curtailing gun violence, said the automatic cuts were the equivalent of a “meat ax” and not carefully considered reductions in spending. But he scoffed at the dark scenarios that have come ahead of the deadline.

“There’s a lot of posturing: ‘I’m going to lay off my employees today unless you do something; we’re going to close the hospitals down; we’re going to take all the prisoners from jail and put them on the street,’” he said, mocking the claims. “Spare me. I live in that world. I mean, c’mon, let’s get serious here.”

No serious talks to avert the cuts have been under way, and Friday’s meeting will be the first face-to-face discussion between Obama and Republican leaders this year.