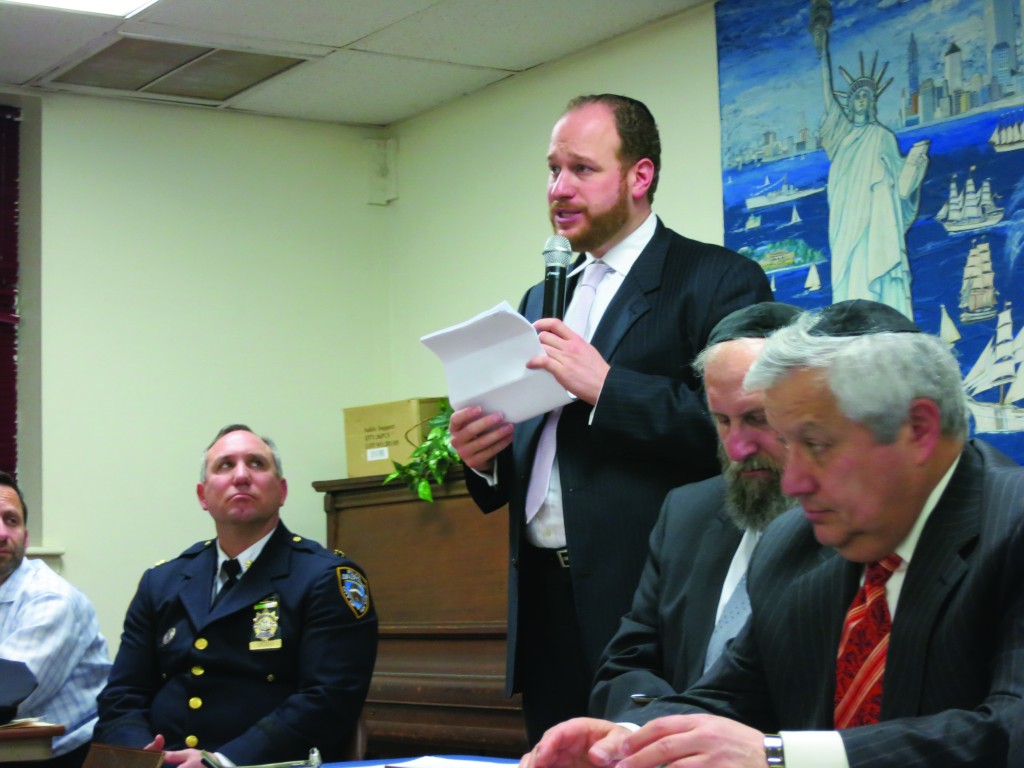 Community Board 12 members unanimously approved a resolution Tuesday night calling on the city to revoke all permits allowing ShopRite to connect its property to the dead-end at 19th Avenue near 50th Street.

Prior to the vote, Councilman David Greenfield (D-Brooklyn), a primary force in rallying the community, as well as several Boro Park residents who live near that intersection testified about the impact opening up this dead-end to traffic would have on their safety and quality of life, and asked the board to formally oppose ShopRite’s proposal.

With this vote, CB 12 is now on record in requesting that the NYC Department of Transportation and Buildings Department revoke any permits that have already been issued to ShopRite, due to the major impact this would have on traffic throughout the neighborhood, and the fact that the corporation did not approach the Community Board, Councilman Greenfield or neighbors about their plans or conduct any type of traffic study.

“My thanks to the entire membership of CB 12 for doing the right thing and standing up for the many Boro Park residents who would be greatly impacted by ShopRite’s proposal. I was very disappointed that ShopRite did not inform the public about their intentions or give the community a chance to provide input to reduce the project’s impact on the surrounding neighborhood.” He called the Tuesday vote “an important step in our efforts to protect the quality of life for local residents.”

State Senator Simcha Felder stated that if the project were allowed to proceed, “it will present a logistical nightmare and only exacerbate the existing congestion and transportation issues in the neighborhood.” The vast majority of ShopRite’s customers don’t even live in the area, Felder noted. ”It’s time for ShopRite to heed the concerns and objections of the community and act accordingly,” Felder said, stating that he “unequivocally” opposed the measure.

Under the proposal, ShopRite would connect the parking lot at the rear of its property to the dead-end at 19th Avenue just north of 50th Street via an internal driveway. This new access would be used throughout the day and night by customers, bringing hundreds of cars to a small section of 19th Avenue that is currently free of through-traffic. The increased traffic would also likely cause major backups along already-busy 50th Street, one of the few direct thoroughfares between Boro Park and Midwood.

In addition, this immediate area is home to three schools and a senior assisted-living facility.

At Tuesday night’s CB 12 meeting, Transportation Committee Chairwoman Sandy Aboulafia presented the emergency resolution to the full board after hearing strong opposition to ShopRite’s plan from a half-dozen residents. Councilman Greenfield will continue to work closely with the DOT and Buildings Department to ensure that those agencies are aware of the strong community opposition to ShopRite’s proposal.