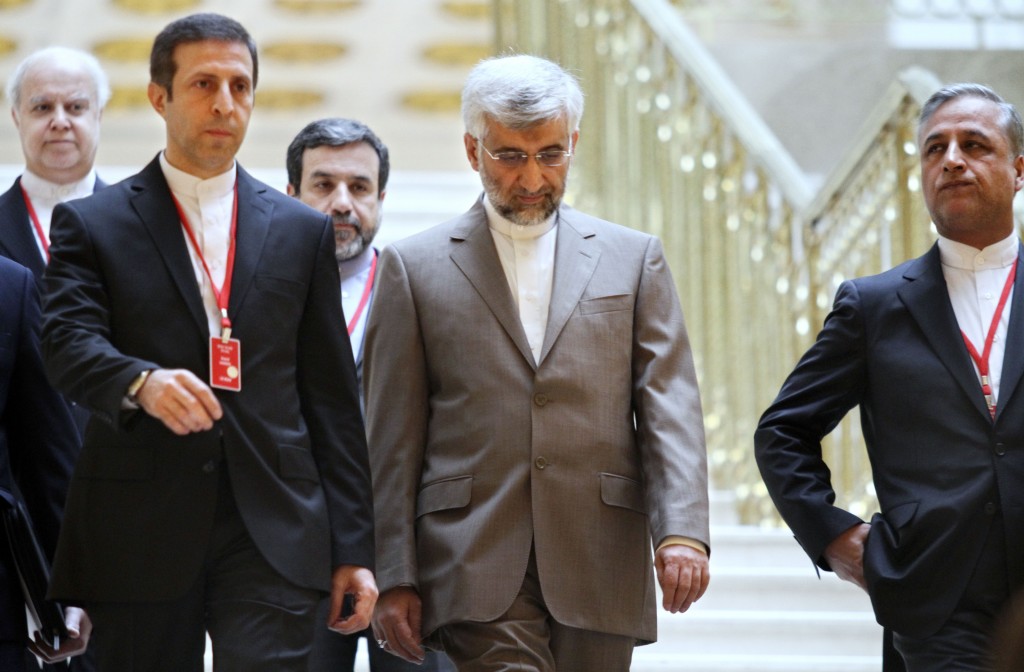 World powers are expected to offer Iran limited sanctions relief on Tuesday if it agrees to halt its most sensitive nuclear work, in a new attempt to resolve a dispute that threatens to trigger another war in the Middle East.

In their first meeting in eight months – time that Iran has used to expand atomic activity that the West suspects is aimed at developing a bomb capability – the powers hope Iran will engage in serious talks on finding a diplomatic solution.

But with the Islamic Republic’s political elite pre-occupied with worsening internal infighting ahead of a June presidential election, few believe the meeting Tuesday and Wednesday in the Kazakh city of Almaty will yield an immediate breakthrough.

At best, diplomats and analysts say, Iran will take the joint offer from the United States, Russia, France, Germany, Britain and China seriously and agree to hold further talks soon on how to implement practical steps to ease the tension.

“What we would like to see tomorrow is a recognition by our Iranian colleagues that our offer is a serious one … but it is not the final act in the play,” said one diplomat participating in the talks. “I wouldn’t predict a decisive breakthrough.”

Iran is showing no sign, however, of backing down over a nuclear program it says is for entirely peaceful energy purposes. The program has drawn tough Western sanctions that have greatly reduced its oil exports, an economic lifeline.

A U.N. nuclear watchdog report last week said Iran was for the first time installing advanced centrifuges that would allow it to significantly speed up its enrichment of uranium, which can have both civilian and military purposes.

Western officials say the powers’ offer – an updated version of one rejected by Iran in the last meeting in June – would include an easing of sanctions of trade in gold and other precious metals if Tehran closes its Fordow enrichment plant.

The stakes are high. Israel has hinted strongly at possible military action to prevent its foe from obtaining such arms. Iran has threatened to retaliate hard if attacked.

“The window for a diplomatic solution simply cannot by definition remain open forever. But it is open today. It is open now,” U.S. Secretary of State John Kerry told a news conference in London this week.

“There is still time but there is only time if Iran makes the decision to come to the table and negotiate in good faith.”

Western officials acknowledge an easing of U.S. and European sanctions on trade in gold represents a relatively modest step. But it could be used as part of barter transactions that might allow Iran to circumvent tight financial sanctions.

Iran so far appears to be showing little interest. Its Foreign Ministry spokesman last week dismissed the reported incentive as insufficient, and a senior Iranian lawmaker has ruled out closing Fordow, located close to the city of Qom.

Fordow, buried deep underground to better protect it against enemy attacks, is at the heart of the international community’s concerns over Iran’s nuclear program as it is where it refines its higher-grade uranium.

Iran says it enriches uranium to a fissile concentration of 20 percent to make fuel for a medical research reactor in the capital Tehran. But it also represents most of the work required to reach weapons-grade material of 90 percent.