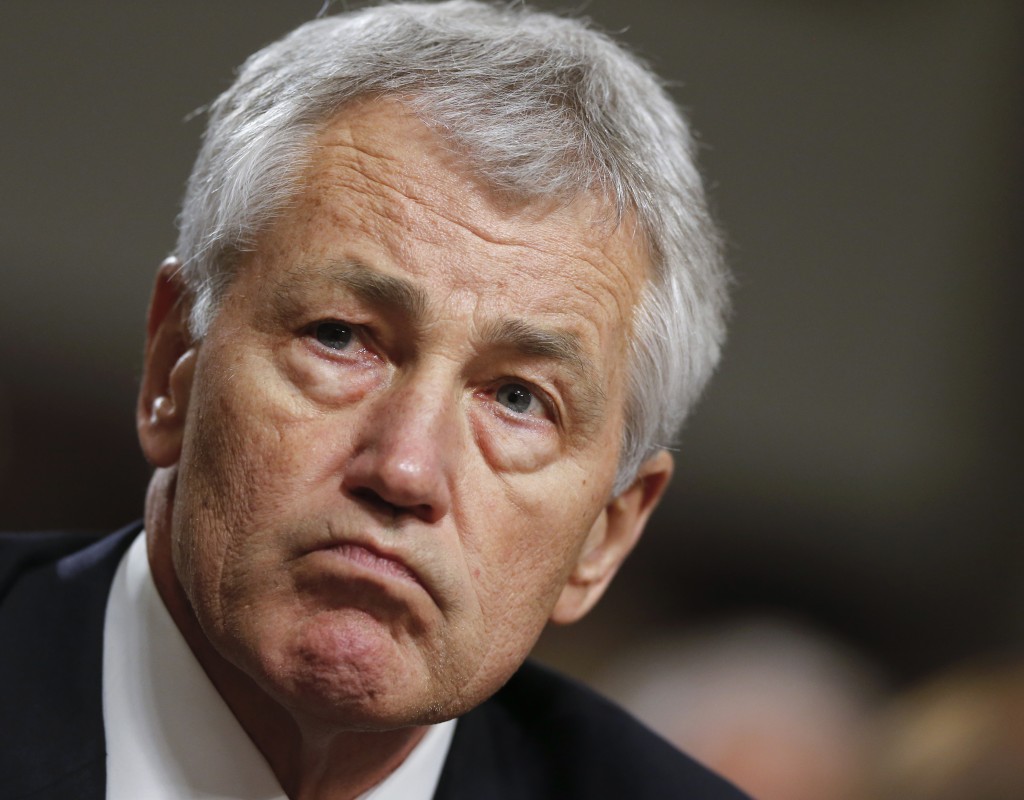 The vote was 58-41, with four Republicans joining the Democrats in backing the contentious choice. Hagel’s only GOP support came from former colleagues Thad Cochran of Mississippi and Dick Shelby of Alabama as well as Mike Johanns of Nebraska and Rand Paul of Kentucky.

The vote came just hours after Republicans dropped their delay of the nomination and allowed it to move forward on a 71-27 vote. Hagel succeeds Defense Secretary Leon Panetta and join Obama’s retooled national security team of Secretary of State John Kerry and CIA Director-designate John Brennan.

Republicans had opposed their onetime colleague, casting him as unqualified for the job, hostile toward Israel and soft on Iran.

Republican Sen. John McCain of Arizona said several GOP lawmakers had “a lot of ill will” toward the moderate Republican for his criticism of President George W. Bush over the Iraq war and his backing for Democratic candidates. McCain voted against his onetime friend and fellow Vietnam veteran.

Obama portrayed the war-tested Hagel as a man who understands that conflict is not an abstraction and called him the “leader that our troops deserve.”

Among his daunting challenges are deciding on troop levels in Afghanistan as the United States winds down its combat presence, and dealing with $46 billion in budget cuts set to kick in on Friday. He also will have to work with lawmakers who spent weeks vilifying him.

Republicans insisted that Hagel was battered and bloodied after their repeated attacks.

“He will take office with the weakest support of any defense secretary in modern history, which will make him less effective on his job,” said Sen. John Cornyn of Texas, the Senate GOP’s No. 2 Republican.

Not so, said Democratic Sen. Jack Reed (D-RI), who pointed out that Hagel now has the title and the fight is history. “All have to work together for the interest of the country,” said Reed.

The vote ended one of the most bitter fights over a Cabinet choice and former senator since 1989 when the Democratic-led Senate defeated newly-elected President George H.W. Bush’s nomination of Republican John Tower to be defense secretary.

In the course of the rancorous, seven-week nomination fight, Republicans, led by freshman Sen. Ted Cruz of Texas and Sen. Jim Inhofe of Oklahoma, insinuated that Hagel has a cozy relationship with Iran and received payments for speeches from extreme or radical groups. Those comments drew a rebuke from Democrats and some Republicans.

Sen. Carl Levin (D-Mich.), the chairman of the Armed Services Committee, dismissed the “unfair innuendoes” against Hagel and called him an “outstanding American patriot” whose background as an enlisted soldier would send a positive message to the nation’s servicemen and women.

Obama got no points with the GOP for tapping the former two-term Republican senator. Republican lawmakers excoriated Hagel and cast him as a radical far out of the mainstream.

McCain clashed with his onetime friend over his opposition to Bush’s decision to send an extra 30,000 troops to Iraq in 2007 at a point when the war seemed in danger of being lost. Hagel, who voted to authorize military force in Iraq, later opposed the conflict, comparing it to Vietnam and arguing that it shifted the focus from Afghanistan.

Republicans also challenged Hagel about a May 2012 study that he co-authored for the advocacy group Global Zero, which called for an 80 percent reduction of U.S. nuclear weapons and the eventual elimination of all the world’s nuclear arms.

Hagel faced an onslaught of criticism by well-funded, Republican-leaning outside groups that labeled the former senator “anti-Israel” and pressured senators to oppose the nomination. The groups ran media and print ads criticizing Hagel.

Opponents were particularly incensed by Hagel’s use of the term “Jewish lobby” to refer to pro-Israel groups. He apologized, saying he should have used another term and should not have said those groups have intimidated members of the Senate into favoring actions contrary to U.S. interests.

The nominee spent weeks reaching out to members of the Senate, meeting individually with lawmakers to address their concerns and seeking to reassure them about his policies.

Hagel’s inconsistent performance during some eight hours of testimony during his confirmation hearing last month undercut his cause.