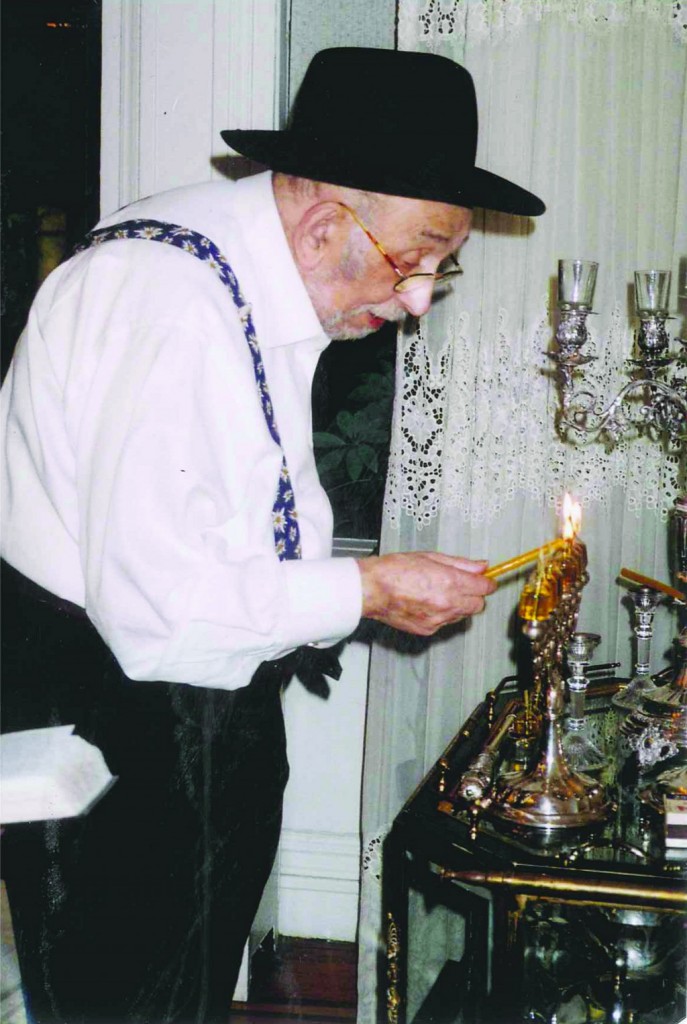 The world knew him as a pre-eminent Holocaust historian. For the many Yiddish readers who devoured every word of his articles, he was the editor of Dos Yiddishe Vort, a publication he established in a DP camp in 1946 and proceeded to publish for nearly seven decades.

But to those of us who had the zechus to spend time with Reb Yossel, as we fondly called him, he was so much more.

Every conversation with Reb Yossel was an educational experience. When I entered his apartment on the Upper West Side, or his office in Agudath Israel headquarters, I felt transplanted into the world of yesteryear.

There is a wonderful Yiddish saying, “Fortunate are the eyes that saw the eyes…” As I spoke to Reb Yossel, not only was I peering into the eyes of someone who had seen the eyes, and has vivid memories of, pre-War Gedolim who were killed by the Nazis, but had successfully managed to keep their memories alive by transmitting their legacy to our generation.

Two years ago I had the merit of interviewing Reb Yossel for an article titled “Between the Two World Wars: Memories of Polish Jewry.”

As I had expected, Reb Yossel, who was then nearing his ninetieth birthday, was a fountain of information. I was able to include some of his personal memories of Harav Aryeh Tzvi Frommer, the Kozhligover Rav, Hy”d, Rosh Yeshivah of Yeshivas Chachmei Lublin; Harav Moshenyu, the Boyaner Rebbe of Cracow, Hy”d; Harav Shimele Zelicover, Hy”d; and the Zhichliner Rebbe, Hy”d. What I couldn’t possibly put into writing was the reverence and awe with which he spoke about these Torah giants, and just how alive these memories were for him. Some 70 years after they were murdered al kiddush Hashem, Reb Yossel would still recite Nishmas using the unforgettable tune of the Kozhligover Rav, and before his eyes he still saw Harav Moshenyu Boyaner dancing as the Modzhitzer Rebbe sang during the second Siyum Hashas of Daf Yomi in Sivan/June 1938.

Reb Yossel had an incredible memory for minute details. He also had the wide, sweeping analytical view of a master historian. I asked him if he had ever seen the Piaseczna Rebbe, Hy”d. He first told me about the Shabbos he had spent with the Rebbe, and then proceeded to explain to me the enormous influence the Piaseczna Rebbe’s classic sefer, Chovas Hatalmidim, had on pre-war Polish Jewry.

But what impressed me the most was how the crystal clear, Torah-true hashkafos he had received from his parents and his spiritual mentors were evident in every conversation.

Whenever we spoke about his wartime experiences — which included surviving the Warsaw Ghetto, Auschwitz, Buchenwald, and four more concentration camps — his message and the stories he told were always about spiritual heroism, about mesirus nefesh to perform mitzvos under the most trying circumstances imaginable, and above all about emunah peshutah. Though he always focused the discussion on the heroism of others and downplayed his own actions, Reb Yossel’s own extraordinarily lofty level of emunah in Hashem and emunas tzaddikim were also revealed during those conversations.

Perhaps it was this emunah combined with the purity of his refined attributes that made Reb Yossel an unusually positive person, despite all he had endured. While others spoke of tragedy, he spoke of rebirth; while others wrote only about the destruction, he chose to also focus on the miraculous rebuilding of the worlds of Torah and Chassidus.

Reb Yossel was a greatly respected historian, author of countless published articles, and a key figure in the Agudah movement for more than a half a century. Yet in the course of every conversation, I was always struck by his exceptional humility and his graciousness.

On Shabbos Parashas Zachor, Klal Yisrael lost an irreplaceable jewel, one that will be sorely missed. Reb Yossel dedicated his life to serving Klal Yisrael, and now that he has been reunited with the sacred kedoshim whose memory he kept alive, with the great Gedolim whose legacy he so faithfully transmitted, I have no doubt he will be a fitting meilitz yosher on our behalf.