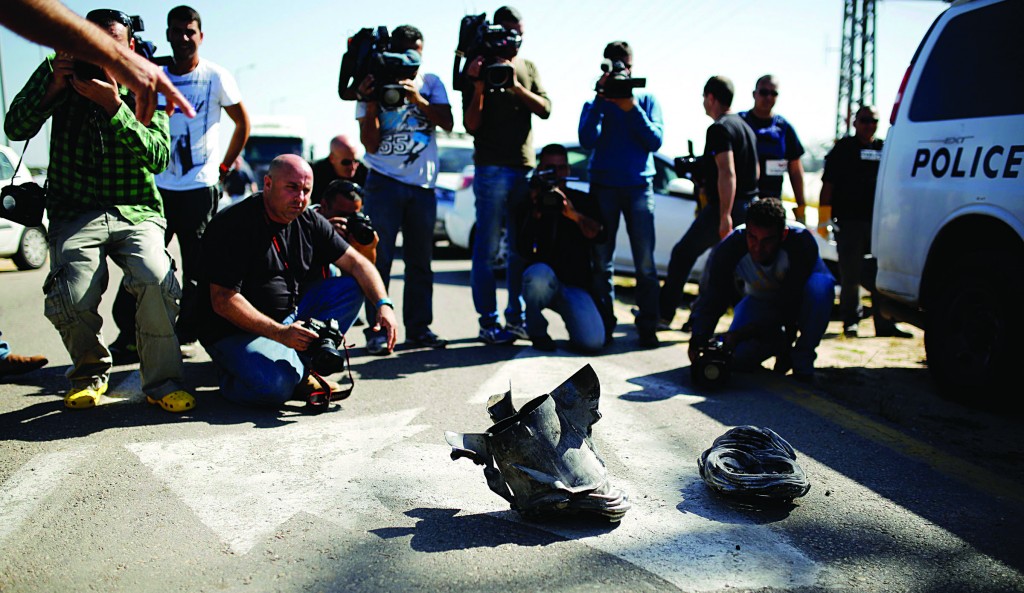 A rocket fired by terrorists in Gaza exploded outside Ashkelon on Tuesday morning, the first such attack since a truce with Hamas took effect in November.

The rocket caused damage to a road but no injuries, police spokesman Micky Rosenfeld said.

Israel held fire, responding only by closing Gaza’s main cargo crossing until further notice. A military statement said the crossing would be reopened only “following a government directive.”

The Al Aqsa Martyrs’ Brigades, an offshoot of Palestinian President Mahmoud Abbas’ Fatah, took responsibility, saying the attack was intended to avenge the death of Arafat Jaradat in Israeli custody, which has sparked several days of rioting.

Hamas spokesman Ehab Ghussein denied a rocket was fired, indicating Hamas was trying to distance itself from the incident, The Associated Press said.

An autopsy conducted in Israel did not result in determination of the cause of death, and authorities are waiting for lab analysis of body samples that might shed further light on the case. Meanwhile, Palestinians, including Abbas, have persisted in claiming that Israeli security personnel killed Jaradat.

In Ashkelon, life went on uninterrupted.

“Schools are open as usual, and the city is operating according to routine,” Mayor Benny Vaknin told Army Radio.

However, he said, “We’re in close touch with the army, and we have increased our level of alertness in the city.”

“According to the reports there is no change in direction, or plan to turn up the heat in the area,” he added. “Things need to calm down.”

Air raid alarms failed to sound before the rocket struck, and the IDF is investigating.

They said they are in Gaza to help Hamas and Islamic Jihad develop long-range missiles.

Israeli security and diplomatic sources have reportedly confirmed the Palestinian claims that there is an Iranian presence in Gaza, but did not elaborate.