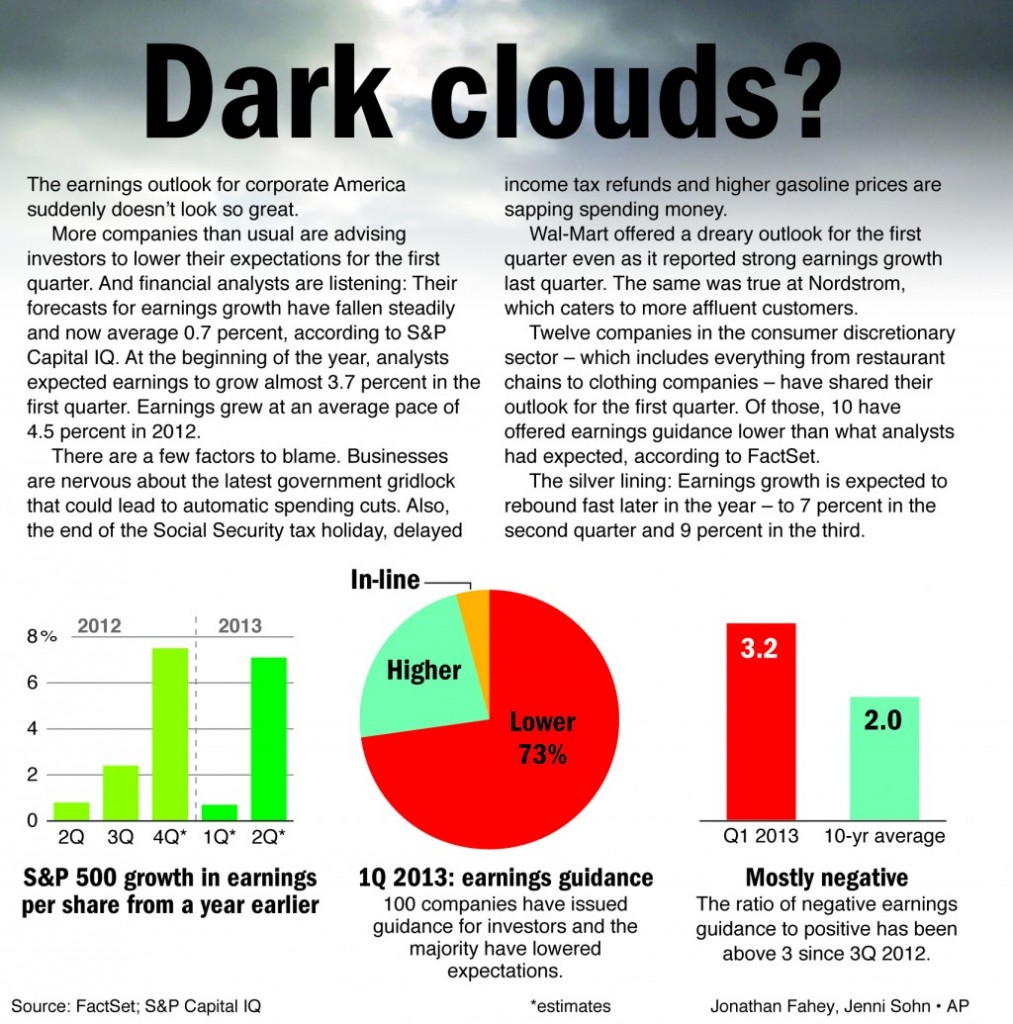 US 4Q Bank Earnings Up 37 Percent As Lending Rises

WASHINGTON (AP) – Profits at U.S. banks jumped almost 37 percent for the October-December period, reaching the highest level for a fourth quarter in six years as banks continued to step up lending.

The figures are fresh evidence of the industry’s sustained recovery more than four years after the financial crisis.

Banks earned $34.7 billion in the last three months of 2012, up from $25.4 billion a year ago and the highest for a fourth quarter since 2006, the Federal Deposit Insurance Corp. reported Tuesday. Sixty percent of banks reported improved earnings from the fourth quarter of 2011, the agency said.

The FDIC, created during the Great Depression to ensure bank deposits, monitors and examines the financial condition of U.S. banks.

WASHINGTON (AP) – The Senate Finance Committee on Tuesday approved President Barack Obama’s choice of Jacob Lew to be Treasury secretary and sent the nomination to the full Senate.

Lew would succeed Timothy Geithner, who completed a tumultuous four-year term in which he helped lead the administration’s response to the financial crisis and recession.

The committee approved Lew’s nomination, 19-5. The timing of a Senate vote is unclear.

For 1st Time Since 1999, Music Revenues Inch Up

LONDON (AP) – More than a decade after online file swapping tipped the music industry into turmoil, record executives may finally be getting a sliver of good news.

Industry revenue is up. A measly 0.3 percent, but it’s still up.

Since its 1999 peak, the global music industry’s revenues have crashed more than 40 percent. Tuesday’s figures, which show a rise in global revenue from $16.4 billion in 2011 to $16.5 billion in 2012, are the first hint of growth in more than a decade.

The cuts are part of a move to save $150 million in selling, general and administrative costs. Best Buy says they’re the first phase of the larger cost-cutting plan that new CEO Hubert Joly announced in November.

Best Buy has been trying to turn around results as it faces increased competition from online and discount retailers.