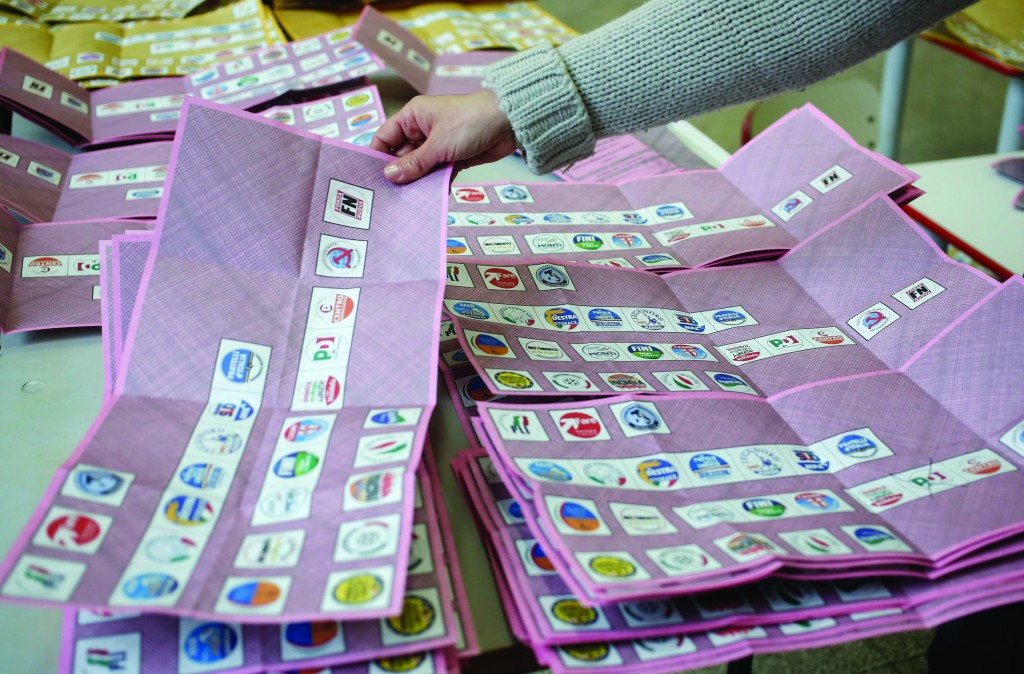 The prospect of political paralysis hung over Italy on Monday as partial official results in crucial elections showed an upstart protest campaign led by a comedian making stunning inroads, and mainstream forces of center-left and center-right wrestling for control of Parliament’s two houses.

The story of the election in the eurozone’s third-largest economy was shaping up to be the astonishing vote haul of comic-turned-political leader Beppe Grillo, whose 5 Star Movement has capitalized on a wave of voter disgust with the ruling political class.

Another surprise has been the return as a political force of billionaire media mogul Silvio Berlusconi, who was forced from the premiership at the end of 2011 by Italy’s debt crisis, and whose forces now had a strong chance of capturing the Italian Senate. His main rival, the center-left Pier Luigi Bersani, appeared headed toward victory in Parliament’s lower house.

The unfolding murky result raised the possibility of new elections in the coming months and bodes badly for the nation’s efforts to pass the tough reforms it needs to snuff out its economic crisis and reassure jittery markets. In New York, the Dow Jones index plunged over 200 points Monday on fears over Italian election gridlock.

While Italy’s postwar history has largely been one of revolving-door governments, it has never seen a hung parliament. Experts said that’s likely to change now.

“This has never happened before,” said James Walston, a political science professor at American University of Rome. He predicted such a swirl of political chaos that new elections may need to be called as soon as the new legislature chooses the nation’s next president this spring.

The Italian election has been one of the most fluid in the last two decades thanks to the emergence of Grillo’s 5 Star Movement, which has stirrud up anger with politics as usual. The movement came against a backdrop of harsh austerity measures imposed by technocrat Premier Mario Monti – who has fared miserably in the elections.

Many eligible voters didn’t cast ballots, and a low turnout is generally seen as penalizing established parties. The turnout, at just under 75 percent, was the lowest in national elections since the republic was formed after World War II. Disgust with traditional party politics likely turned off voters, although snow and rain – this was Italy’s first winter time national vote – also could be a factor.

The decisions Italy’s government makes over the next several months promise to have a deep impact on whether Europe can decisively stem its financial crisis. As the eurozone’s third-largest economy, its problems can rattle market confidence in the whole bloc and analysts have worried it could fall back into old spending habits.