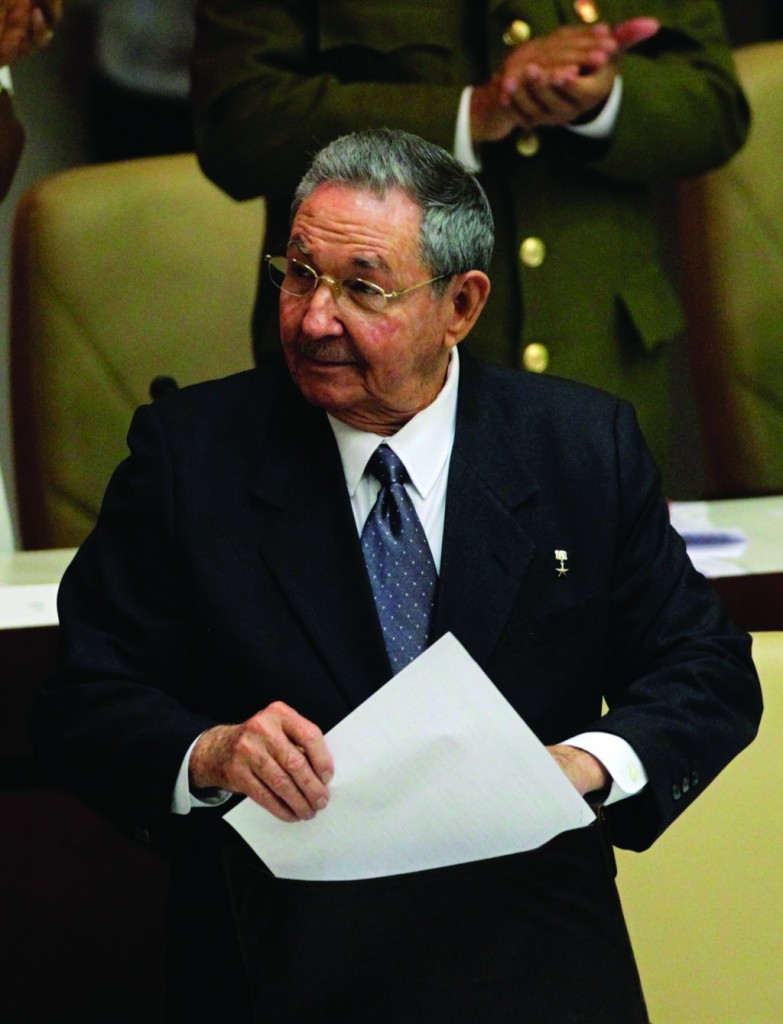 Cuban President Raul Castro announced on Sunday he will step down from power after his second term ends in 2018, and the new parliament named a 52-year-old rising star to become his first vice president and most visible successor.

“This will be my last term,” Castro, 81, said shortly after the National Assembly elected him to a second five-year tenure.

In a surprise move, the new parliament also named Miguel Diaz-Canel as first vice president, meaning he would take over if Castro cannot serve his full term.

Diaz-Canel is a member of the political bureau who rose through the Communist Party ranks in the provinces to become the most visible possible successor to Castro.

Former President Fidel Castro joined the National Assembly meeting on Sunday, in a rare public appearance. Since falling ill in 2006 and ceding the presidency to his brother, the elder Castro, 86, has given up official positions except as a deputy in the National Assembly.

The new government will almost certainly be the last headed up by the Castro brothers and their generation of leaders who have ruled Cuba since they swept down from the mountains in the 1959 revolution.

Cubans and foreign governments were keenly watching whether any new, younger faces appeared among the Council of State members, in particular its first vice president and five vice presidents.

Their hopes were partially fulfilled with Diaz-Canel’s ascension. He replaces former first vice president, Jose Machado Ventura, 82, who will continue as one of five vice presidents.

“It’s no big news. It would have been big news if he resigned today and called for democratic elections,” said Alfredo Duran, a Cuban-American lawyer and moderate exile leader in Miami who supports lifting the U.S. trade embargo against Cuba. “I wasn’t worried about him being around after 2018,” he added.

Raul Castro, who officially replaced his ailing brother as president in 2008, has repeatedly said senior leaders should hold office for no more than two five-year terms.

“Although we kept on trying to promote young people to senior positions, life proved that we did not always make the best choice,” Castro said at a Communist Party Congress in 2011.

Raul Castro has encouraged small businesses and cooperatives in retail services, farming, minor manufacturing and retail, and given more autonomy to state companies which still dominate the economy.

At the same time, Cuba continues to face a U.S. administration bent on restoring democracy and capitalism to the island and questions about the future largess of oil rich Venezuela with strategic ally Hugo Chavez battling cancer.