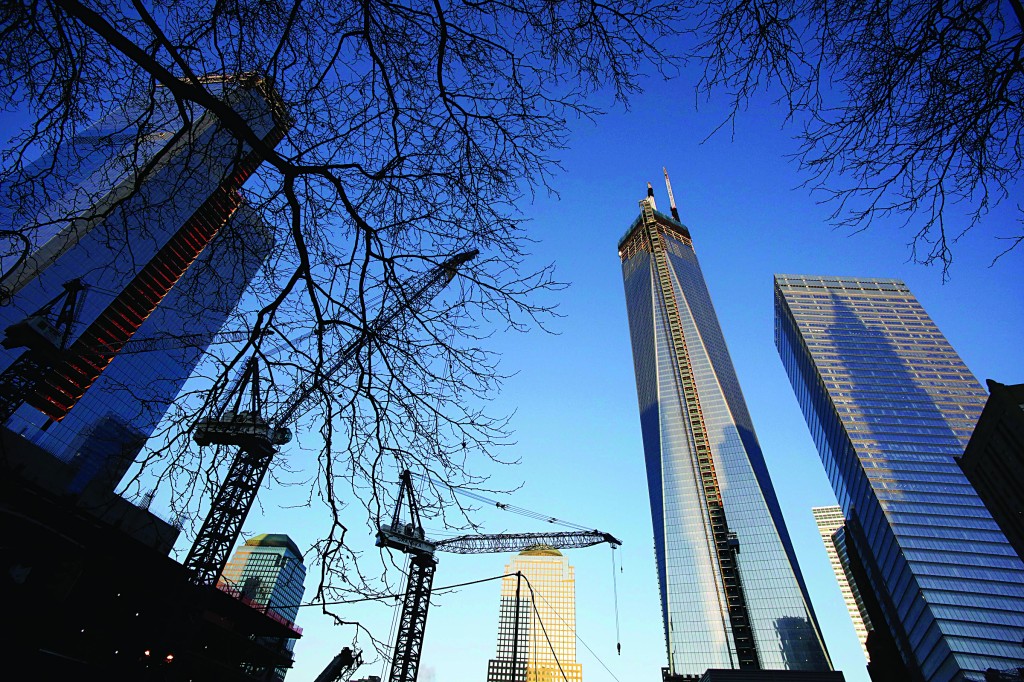 It had to be an accident.

Though hard to imagine now, that was the prevailing theory moments after an explosion rocked the World Trade Center around noon on a chilly Feb. 26, 1993.

The truth — that a cell of Islamic extremists had engineered a car-bomb attack that killed six people, injured more than 1,000 and caused more than a half-billion dollars in damage — “was incomprehensible at the time,” recalled FBI agent John Anticev.

On the eve of the 20-year anniversary of the bombing, Anticev and other current and former law enforcement officials involved in the case reflected on an event that taught them tough lessons about a dire threat from jihadists. That threat, now seared into the city’s psyche because of the Sept. 11 attacks, felt vague and remote two decades ago.

The scale of the attack was the first dramatic demonstration that “terrorism is theater and New York is the biggest stage,” said Police Commissioner Raymond Kelly.

A two-time commissioner, Kelly was serving his first stint when the initial report came in to police that day that there was an apparent transformer explosion at the Trade Center.

Kelly raced to the scene, where the bomb planted in a parked Ryder van had left a crater half the size of a football field in the Trade Center garage. For the first time since it opened in 1973, the trade center stood in the darkness that night.

“I remember seeing this tremendous sea of first-responder vehicles … and smoke was coming out,” Kelly said.

The commissioner gathered with other police and federal officials in a nearby hotel conference room to assess the damage. The meeting didn’t last long because an engineer warned “the floor could collapse at any time,” Kelly said.

A day later, after a utility mishap was ruled out, authorities “started to come to the conclusion it was bomb,” Kelly said.

Anticev and other FBI agents were initially assigned to pursue rumors that the Twin Towers may have been attacked in retaliation for the U.S. bombing of Serbia. But the probe took a dramatic turn after investigators found a vehicle identification number on a piece of the blown-up van.

Investigators later learned that the renter of the van wanted to get his deposit back after reporting it stolen — a break that sounded too good to be true.

“I was betting he wouldn’t show up,” said Kelley.

The renter, Mohammed Salameh, indeed appeared to demand his deposit about a week after the blast.

His dismay was well-earned. He had long been watching Salameh and other radical Muslims in the FBI’s investigation of the assassination of Jewish Defense League-founder Meir Kahane at a Manhattan hotel.

The FBI knew the men had practiced together shooting guns and assembling pipe bombs. But in the summer of 1992 investigators lost an informant who possibly could have warned of the more ambitious plot, Anticev said.

A pipe-bomb attack “was as big a plot as we thought they were capable of,” he said.

In hindsight, Anticev believes agents were “too Western” in their attempts to neutralize the budding terrorists before they struck.

He described using tough interrogation tactics that would have spooked ordinary criminals — obtaining subpoenas and bringing them in for questioning in rooms where they purposely displayed surveillance photos of them on the wall.

“We thought they would be chilled by that experience,” he said. “But it was like water off a duck’s back. That did not scare them at all. They just did it anyway. … That was a big lesson.”

Kelly believes that because the suspects were quickly rounded up, in some circles they “were written off as this inept group of zealots,” Kelly said. “It was not seen as the global conspiracy it turned out to be.”

The probe of the attack led to convictions of Salameh and three other men and the later capture of Ramzi Yousef, the leaders of the attack.  Investigatiors learned that the highly educated Yousef had tried to detonate the car bomb in way that would cause countless casualties by toppling one of the towers into the other and bringing them down like giant dominos. He watched with disappointment from the banks of the Hudson River in New Jersey when it didn’t happen.

Yousef is the nephew of Khalid Sheik Mohammed, the self-proclaimed mastermind of the Sept. 11 attacks.

Even after Yousef was found guilty in a Manhattan courtroom and put away for life, “we really didn’t know what was ahead,” said Kelley, who was part of the prosecution team. “This was before everybody was on to bin Laden.”

Police Commissioner Kelly remembered that in 1993, while surveying the destruction in the underground garage, an engineer told him that the buildings would never come down.