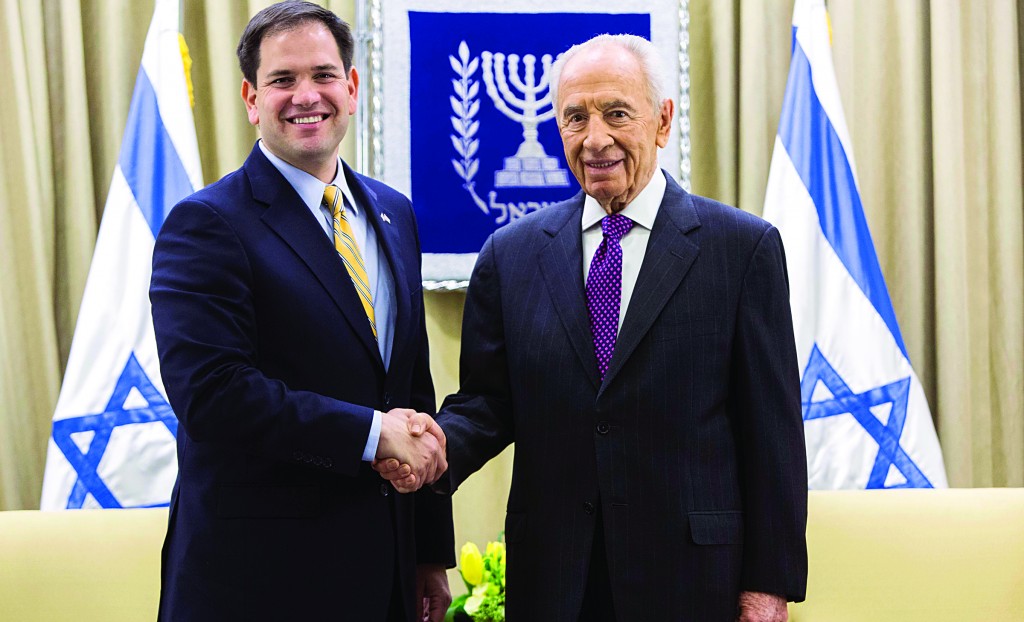 In his first official visit to the country, influential Republican senator from Florida Marco Rubio called Yerushalayim the capital of Israel.

Rubio told Israel’s president on Wednesday that Yerushalayim is “of course the capital of your country.” He reiterated America’s bipartisan support for Israel.

At the meeting with Peres, the nearly nonogenerian told Rubio, “You represent the future, I represent the past.” Peres was unaware of Rubio’s exact age, until Rubio told him, “I’m 41, but I feel 42.”

A possible Republican nominee in 2016, Rubio, the son of Cuban immigrants to the U.S., is visiting Israel for the second time.  The first time a little over two years ago, was a private visit with his wife, following his election to the Senate.

“This is the city which is the spiritual capital of the world,” he told Peres.