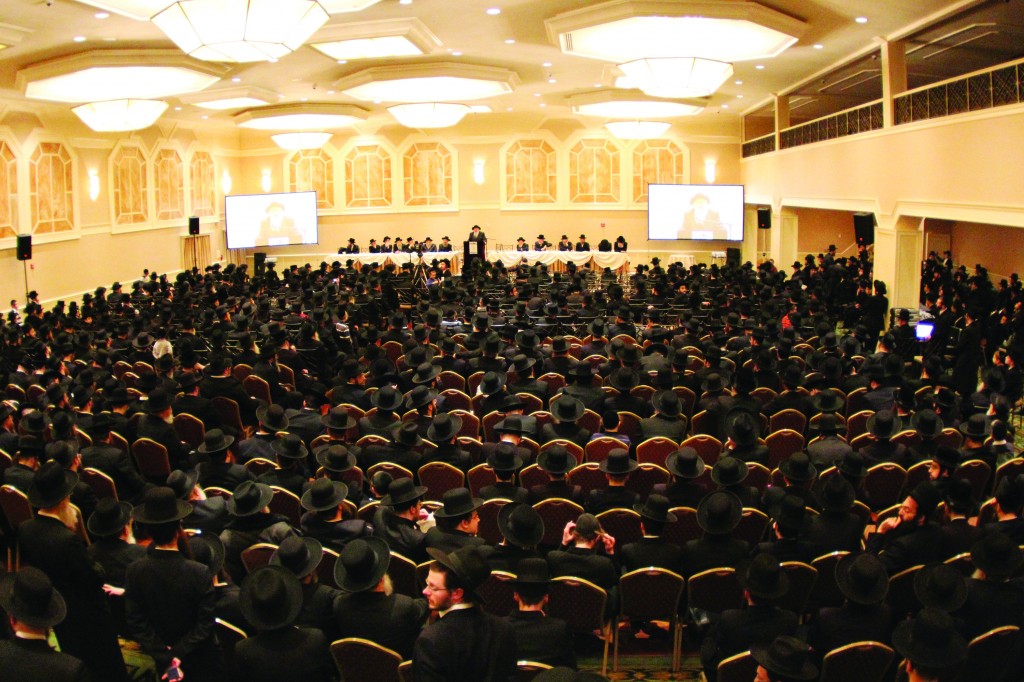 There are so few Yidden learning in yeshivos today that Klal Yisrael, regardless of location, must do whatever they could to ensure the continuity of the Olam Hayeshivos, especially in Eretz Yisrael, the Novominsker Rebbe declared Thursday at an asifah in Boro Park.

Close to 1,000 men took part in the asifah in the Palace, which was called by the Moetzes Gedolei HaTorah of Agudath Israel of America to decry the Israeli government’s stated goal of drafting yeshivah bachurim for the army.

The Rebbe, who is Rosh Agudas Yisrael, spoke about the “kometz,” the “small measure” of omer that Haman said outweighed his 10,000 silver talents he gave Achashverosh. That kometz, the Rebbe said, is the small number of Yidden learning in yeshivos today relative to the entire Jewish world.

Rav Olewsky said that at this time of “kol haposhet yad,” Klal Yisrael is coming to Hashem with a plea for their souls.

“In Eretz Yisrael today Torah is blooming. There is Torah from Dan to Be’er Sheva. Who would believe that we would face such a test? … “How could we in Chutz L’Aretz be happy when the yeshivos in Eretz Yisrael are in danger?”

The asifah was called in light of Hagaon Harav Aharon Leib Steinman’s call to utilize Taanis Esther — when Esher Hamalkah asked Mordechai to “gather all the Yidden” — for tefillos b’tzibbur regarding the draft.