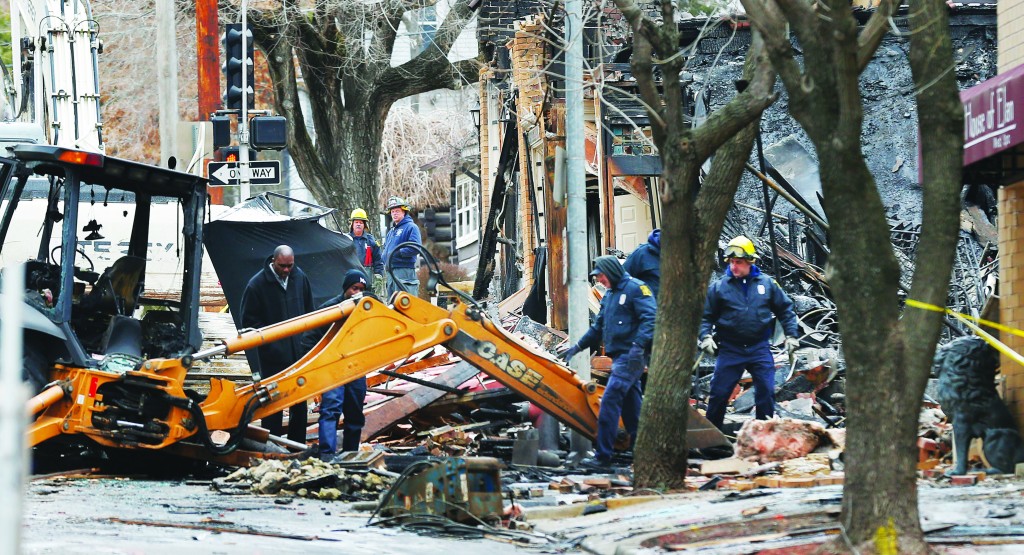 A day after a natural gas explosion leveled a popular restaurant, investigators raced to search the rubble and tried to understand how the blast happened despite suspicions that flammable fuel had been leaking, maybe for weeks, somewhere in the busy outdoor shopping area.

Hours before the explosion, witnesses reported a strong smell of gas, and firefighters were summoned to the scene at one point but left without ordering an evacuation.

As the cleanup got under way Wednesday, search-and-rescue crews recovered a body, and the mayor worried that the debris could be concealing other victims.

Crews using flashlights, cadaver dogs and heavy equipment rushed to finish the search ahead of a winter storm that was expected to bring heavy snow.

The explosion occurred after a construction crew apparently struck a natural gas line, touching off a blast that could be felt for nearly a mile.

Surveillance video from a nearby travel agency shows a fireball erupting from the restaurant’s roof, showering the street with debris and throwing up a cloud of dust and smoke. The blast shattered glass in neighboring buildings.

People who live and work in the area reported smelling gas for some time.

Dr. John Verstraete, a physician who works at a medical practice next to the restaurant, told The Kansas City Star that some office employees smelled gas for several hours Tuesday afternoon. The smell grew stronger through the day.

Firefighters received a call about 5:15 p.m. that a construction worker had hit a gas line near the restaurant, and they conferred with employees of Missouri Gas Energy, which supplies the area.

Sometimes it’s difficult to determine how much gas has been built up. And even highly trained people can underestimate the danger.

“I’ve seen people who work for gas companies and have gas sniffers, and their bodies are found in buildings,” Kuprewicz said. “There is some art and some experience and some training in this stuff.”

Rebecca Craven, program director for the Pipeline Safety Trust in Bellingham, Wash., said natural gas explosions are “ridiculously common,” with 37 percent of the most serious incidents caused by digging damage.

“Distribution lines are everywhere in every big city,” Craven said. “They get dinged by construction folks or people putting in a new mailbox all the time.”