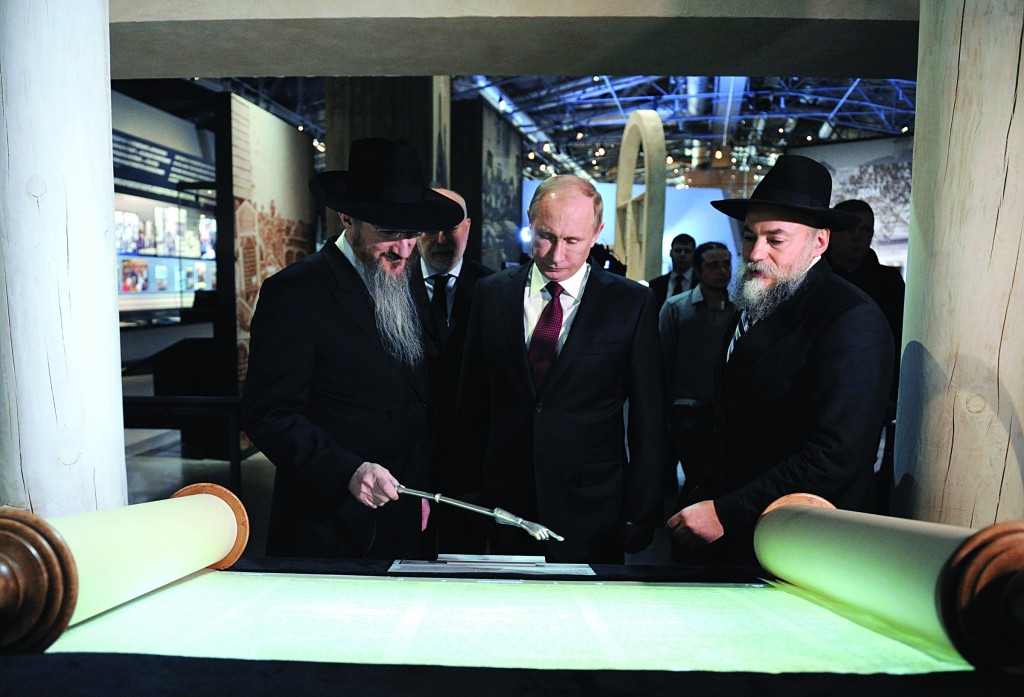 Russian President Vladimir Putin is suggesting that a vast collection of Jewish sefarim and documents that is the focus of a dispute between Moscow and Washington be given a permanent home in the Russian capital’s new Jewish Museum.

A U.S. judge in January ordered that Russia be fined $50,000 a day until it turns over the “Schneerson Collection” to Chabad Lubavitch, headquartered in Brooklyn, N.Y.

Russia claims the collection is state property. Putin on Tuesday criticized the ruling, saying “discussion of this problem has taken on elements of confrontation,” Russian news agencies reported.

The collection is now held at the state library and military archives.

Putin said he would consider ordering the collection be placed at the Jewish museum, which opened last year.