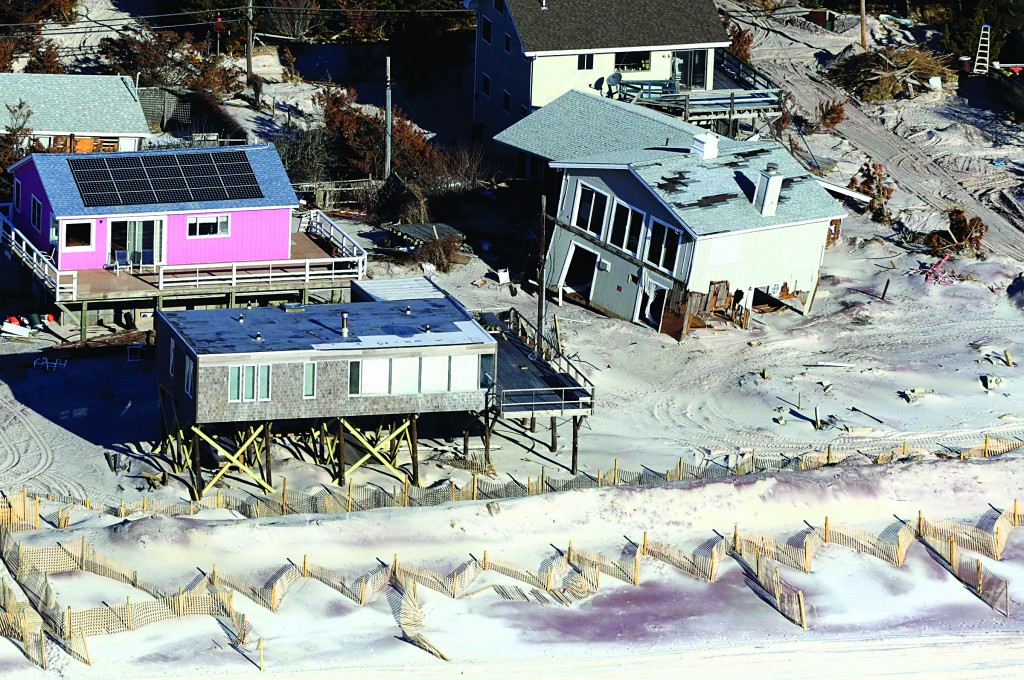 Old refrigerators and stoves, rotting wood, sheet rock and vegetation make up the mammoth amount of Superstorm Sandy debris waiting to be hauled off Fire Island, the 32-mile-long barrier island east of New York City that is a vacation destination for tens of thousands every summer.

Homeowners and businesses are anxious to prepare — and repair — ahead of the vacation season but one visitor’s planned arrival is creating an even more pressing deadline.

The return of an endangered bird species known as the piping plover will soon severely restrict truck access as fences are erected to protect their sensitive nesting areas on the beach. If officials don’t get the estimated 82,500 cubic yards of trash removed by the end of March, they’ll have to haul the remaining debris by barge.

Access to the beachfront by vehicle will be banned until after September, according to environmentalists.

The looming deadline has officials scrambling. The U.S. Army Corps of Engineers has had difficulty finding a contractor, having already been forced to eliminate two companies that had been chosen for the work because of questions over their eligibility.

A third company has been identified to perform the work and could start hauling away trash this weekend, said Marilyn Phillips, an Army Corps spokeswoman. She said the new contractor, Knoxville, Tenn.-based Phillips & Jordan Inc., will be required to hire half of its workforce to perform the debris removal locally, and must have the debris gone by the March 31 deadline.

The exact cost for the debris removal contract has not been determined, but two previous companies chosen to perform the task estimated it between $8.8 million and $10.5 million.

“We want to get the cleanup process moving along,” said Suzy Goldhirsch, president of the Fire Island Association, which represents businesses and homeowners on the island south of Long Island. Fewer than 300 people live there year-round, but on weekends from Memorial Day to Labor Day, Fire Island’s population swells to 75,000, according to the 2010 Census. Only about six miles of the island is developed, divided into 17 hamlets and villages where people get around in the summertime on bicycles.

She said before any federal contractor could begin the debris removal, 1,700 property owners had to sign release forms allowing government workers onto their property. An estimated 200 homes on the island were destroyed, and although many others suffered damage from flooding, many structures were protected by massive sand dunes that had been constructed along the oceanfront.

The piping plover is protected in many Atlantic Coast states, but the issue on Fire Island is particularly acute in the aftermath of Sandy.

“The deadline has everyone’s attention,” Goldhirsch said. She said most homeowners do not begrudge laws protecting the plover, a compact, pale shorebird with coloring that makes it all but vanish against the open sand flats where it nests.

Sean Mahar, director of government relations for Audubon New York, said environmentalists have seen increases in the plover population since protection laws were instituted in the mid-1980s. He said New York and Long Island currently have 800, or 10 percent, of the total global population of piping plovers.

“They are really hard to see on the beach,” Mahar said. “That’s one of the reasons why they need protection. If you allowed vehicles on the beaches while they are nesting, people would not be able to see them and would run them over.”