National Not Much Urgency to Avoid Automatic Spending Cuts
National 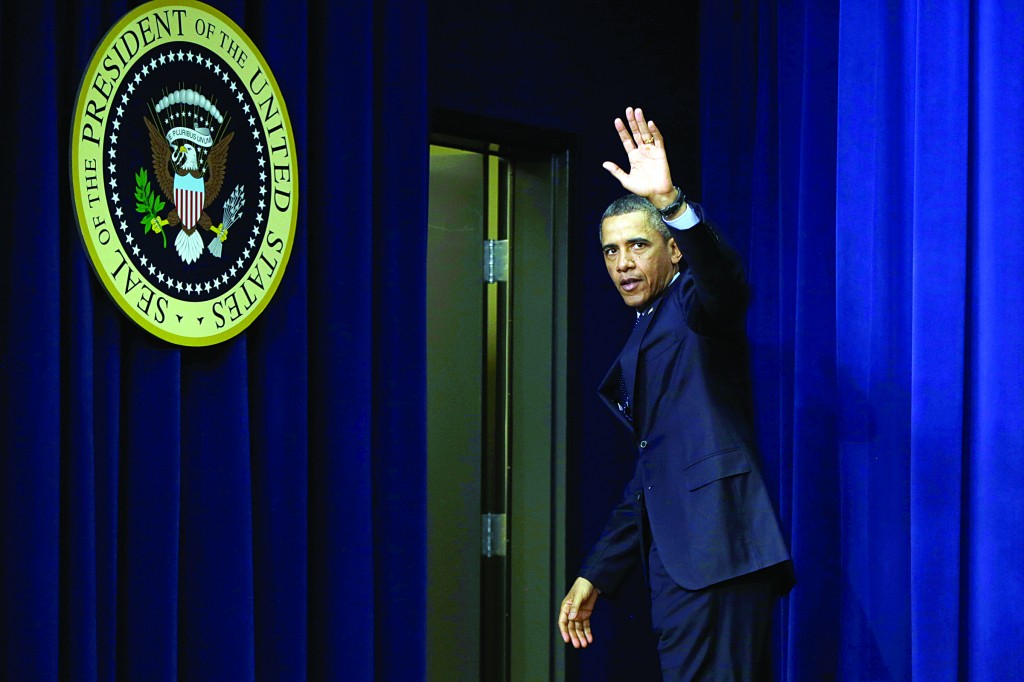 Ten days before a new deadline for broad, automatic government spending cuts, the sense of urgency that surrounded other recent fiscal crises is absent. Government agencies are preparing to absorb an $85 billion hit to their budgets, and politicians, at least for now, seem willing to accept the consequences.

President Barack Obama, back from a Florida golfing weekend, warned Tuesday that “people will lose their jobs” if Congress doesn’t act. But lawmakers weren’t in session to hear his appeal, and they aren’t coming back to work until next week.

Still dividing the two sides are sharp differences over whether tax increases, which Obama wants and Republicans oppose, should be part of a budget deal.

Obama cautioned that if the immediate spending cuts — known as sequestration — occur, the full range of government will feel the effects. Among those he listed: furloughed FBI agents, reductions in spending for communities to pay police, firefighters and teachers, and decreased ability to respond to threats around the world.

Aides say Obama is ready to take his case more directly to the public in an effort to pressure Republicans, either by traveling to vulnerable states or, as the White House often does, through local media interviews. They say neither Obama nor White House officials are now engaged in direct negotiations with Republican leaders.

“So far at least, the ideas that the Republicans have proposed ask nothing of the wealthiest Americans or the biggest corporations,” Obama said. “So the burden is all on the first responders, or seniors or middle-class families.”

The spending cuts, however, aren’t perceived to be as calamitous as the threatened results of recent fights over the nation’s borrowing authority and the “fiscal cliff” that would have cut spending and increased tax rates on all Americans paying income taxes. Failure to raise the debt ceiling would have left the government with no money to spend on myriad programs and could have precipitated an unprecedented default. The fiscal cliff had the potential of setting back the economic recovery.

In fact, many Republicans now see the automatic cuts in spending as the only way to tackle the federal deficit. And many Democrats believe the cuts will have to materialize before Republicans agree to some increase in taxes.

“Not only do I expect the sequester to kick in, but unfortunately it will take a couple of temporary government shutdowns before Republicans realize they need to sit down and negotiate in good faith,” said Democratic consultant Jim Manley, a former Senate leadership aide who periodically consults with Obama officials.

White House officials say they believe Republican House Speaker John Boehner of Ohio will ultimately relent in his opposition to additional taxes. They note that despite his initial stand against increasing tax rates in December, he eventually allowed a House vote to proceed raising the top rate on the wealthiest taxpayers.

Not this time, he said Tuesday: “The American people understand that the revenue debate is now closed.”

House Republicans have proposed an alternative to the broad, immediate budget cuts, targeting specific spending and extending some of the reductions over a longer period of time. They also have said they are willing to undertake changes in the tax code and eliminate loopholes and tax subsidies. But they have said they would overhaul the tax system to reduce rates, not to raise revenue.

Boehner said in a statement following Obama’s remarks: “Tax reform is a once-in-a generation opportunity to boost job creation in America. It should not be squandered to enable more Washington spending.”