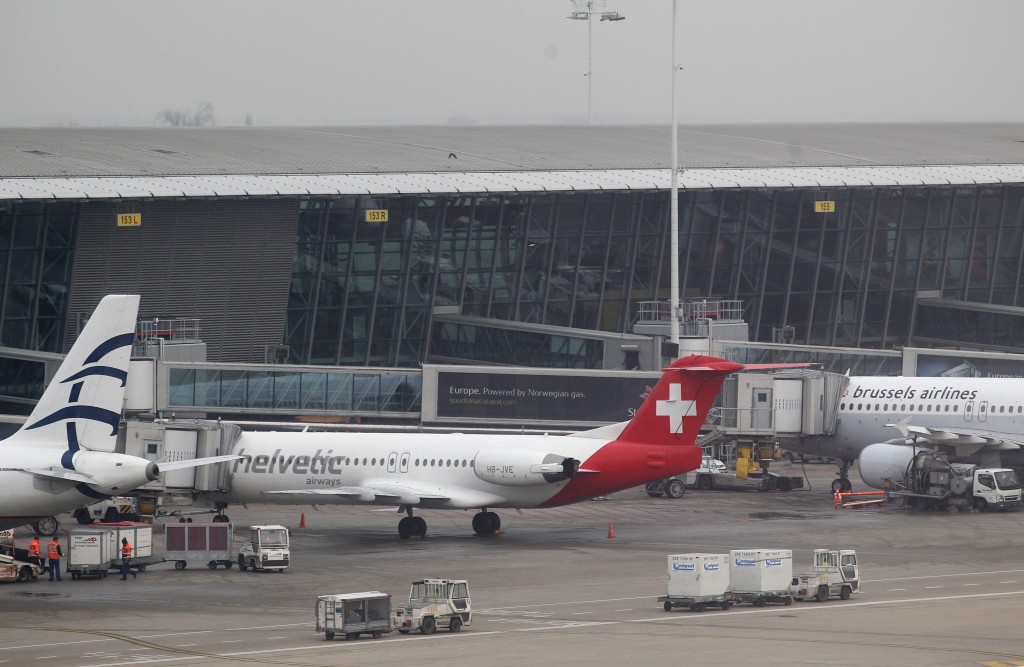 When the armored car set off for the Brussels airport carrying $50 million worth of precious stones from Antwerp’s diamond district, eight gunmen knew all about it.

One of the biggest diamond heists in recent memory was about to go down.

The thieves surely knew it would be too risky to make their move in Antwerp, which is the world capital of diamond-cutting, 43 kilometers (27 miles) from the airport. The city’s diamond industry has some 2,000 surveillance cameras, police monitoring and countless identity controls to protect its $200 million in daily trade of rough and polished gems.

And the thieves no doubt realized that once Swiss Flight LX789 was airborne Monday night on its way to Zurich, the diamonds tucked in its hold, it would be too late to get their hands on the gems.

But the airport’s 25-kilometer fence and the transfer of the diamonds from the armored car on the tarmac to the hold of the Fokker 100 twin-engine jet— now that held potential.

After weeks of lashing rain, snow, sleet and black ice, Monday evening was finally as good as it gets in late winter in Belgium. Crisp, cold air meant dry roads for a perfect getaway, and winter’s early darkness was a blessing for those needing stealth.

About 20 minutes before the flight’s scheduled 8:05 p.m. departure, the robbers hid in a construction site outside the airport fence. Then they apparently cut through the fence and, in two black cars with blue police lights flashing, drove onto the tarmac, speeding straight to pier A, where the armored car had just finished transferring the diamonds to the Fokker.

Dressed in dark police clothing and hoods, the thieves whipped out machine guns and stopped the pilots and the transport security crew in their tracks.

“They saw nothing,” Anja Bijnens of the Brussels prosecutor’s office said Tuesday. The thieves “never fired a shot. They never injured anyone.”

With speed and precision, the thieves opened the plane’s hold, picked out 120 parcels and loaded them into the cars.

By late Tuesday, investigators had found the charred remains of a van most likely used in the heist but little else.

Because of the heist’s clockwork precision, there was immediate speculation the thieves had help from the inside. But Bijnens said only that the investigation is still going on.

Embarrassed airport officials were left to explain how thieves could so smoothly get in, stage a robbery and make a clean getaway. Diamond industry officials who pride themselves on the security of their trade were equally mortified.

Airport spokesman Jan Van Der Cruijsse could not explain how the area could be so vulnerable. “We abide by the most stringent rules,” he said, noting that the same applies to other European airports.

Philip Baum, an aviation security consultant in Britain, called the robbery unsettling — not just because the fence was breached, but because the response did not appear to have been immediate. That, he said, raised questions of whether alarms were ringing in the right places.

“It does seem very worrying that someone can actually have the time to drive two vehicles onto the airport, effect the robbery and drive out without being intercepted,” Baum said, raising the specter of terrorists exploiting such lapses as well.

Air transport is considered the safest way of transporting small, high-value items, logistics experts say, a fact reflected by relatively cheap insurance policies. Unlike a car or a truck, an airplane is unlikely to be waylaid by robbers once it is in motion. It’s also considered highly secure before departure and after arrival because the aircraft is always within an airport.

The stolen parcels contained rough and polished stones bound for Switzerland, where many of the packages were intended for different handlers.

“What we are talking about is obviously a gigantic sum,” De Wolf said, giving an estimate of $50 million.

A decade ago, Antwerp was hit by one of the biggest diamond heists in history. Robbers disabled an alarm system and took precious stones, jewels, gold and securities from 123 of the 160 high-security vaults at Antwerp’s Diamond Center. The loot was so abundant the thieves had to leave some of it behind, police said, estimating the 2003 robbery to be worth about $100 million at the time.

Monday’s heist was a fresh blow to Antwerp’s major industry, which prides itself on discretion and security.

“This is causing quite some unrest,” De Wolf said. “It was incredible how easily it all went. This is worrying in terms of competitiveness, since other diamond centers are ready to pounce and take over our position.”