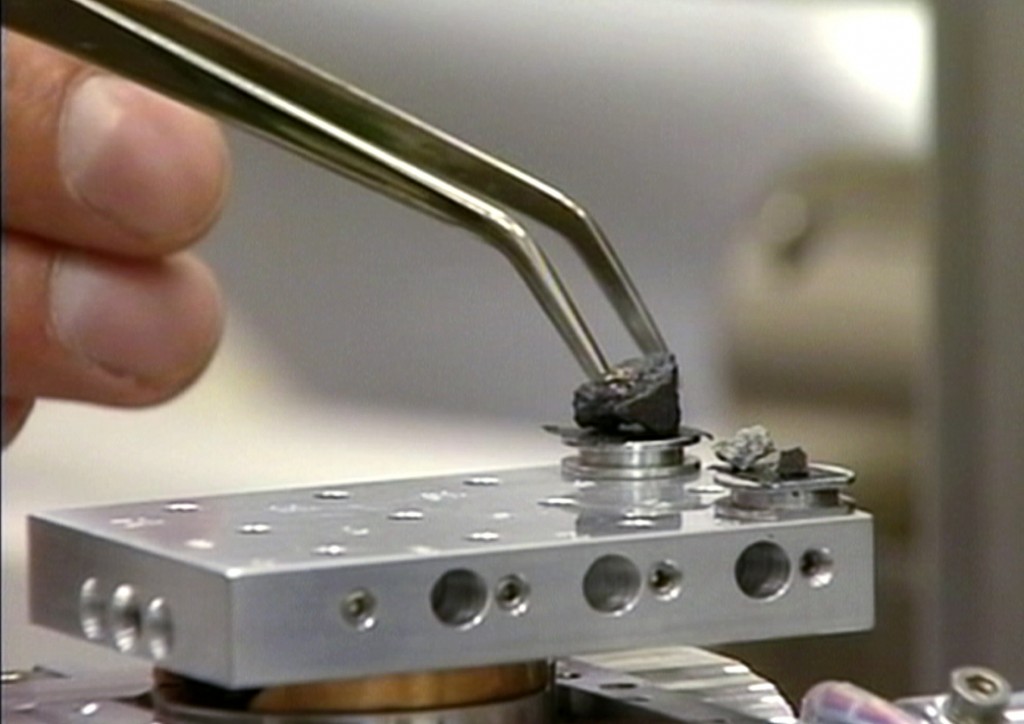 Scientists have found more than 50 tiny fragments of a meteor that exploded over Russia’s Ural Mountains, and preliminary tests are turning up information about its contents.

However, local residents seem more interested in the black market value of the fragments. As they search for their own pieces of the meteor, sales offers already are filling the internet, and police are warning all purchasers to prepare for possible fraud.

The meteor — which injured nearly 1,500 people and caused widespread property damage in Chelyabinsk city on Friday — was the largest recorded space rock to hit Earth in more than a century. Health officials said 46 of the injured remain hospitalized.

Viktor Grokhovsky, who led the expedition from Urals Federal University, said Monday that 53 fragments of the meteor have been plucked from the ice-covered Chebarkul Lake. He said they are less than a centimeter (half an inch) in size, about 10 percent iron, and belong to the chondrite type, the most common variation of meteorites found on Earth.

Friday’s meteor left a 20-foot-wide hole in the ice covering the lake. Divers inspecting it have found nothing at the bottom, but Grokhovsky said a fragment as large as 20-24 inches could eventually be found there.

Meanwhile, workers in the city remained busy replacing acres of windows shattered by a powerful shockwave caused by the meteor’s strike, which NASA said released 500 kilotons of energy, the power equivalent to more than 30 Hiroshima bombs.

The local governor estimated the damage at 1 billion rubles ($33 million) and said he hopes the federal government will provide at least half that amount.

Lidiya Rykhlova, head of the astronomy department at the Moscow-based Institute for Space Research, said experts have drafted a program that envisages building new powerful telescopes, including space-based ones, to warn against potentially dangerous asteroids, comets and other threats. The 10-year program would cost 58 billion rubles ($1.9 billion).