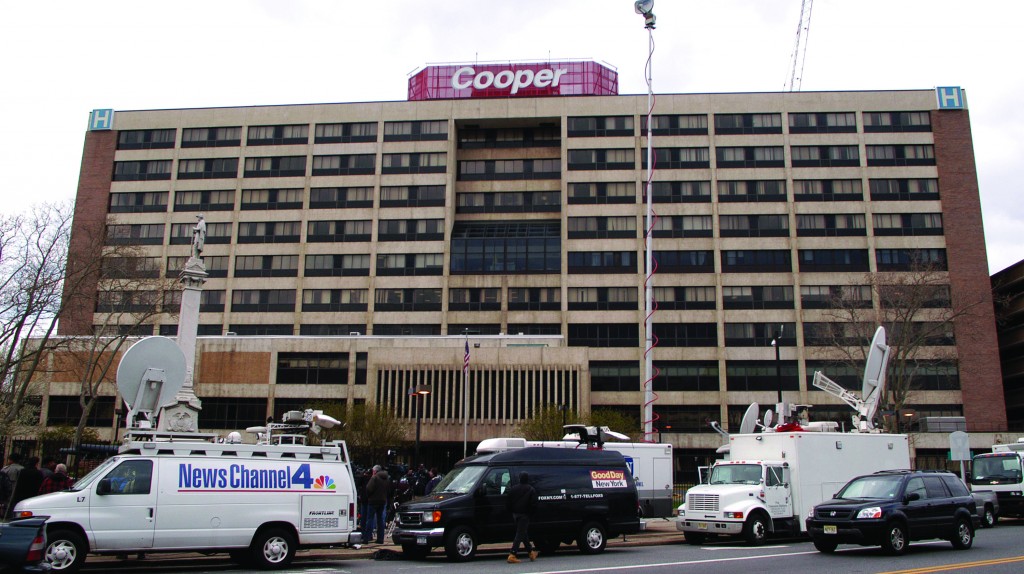 When a patient was moved from the intensive care unit to a regular hospital bed, it used to be routine for Dr. Anthony Granato to order 24 hours of heart monitoring, just in case.

A few years ago, his thinking changed: If the patient was in good enough condition to be out of the ICU, he would not need the extra monitoring at a cost of more than $1,000 per day.

The main reason for the shift for Granato, a pulmonary critical care doctor, is a program introduced in a dozen New Jersey hospital in 2009. It pays doctors when they save money for the hospitals as they treat patients covered by Medicare.

“We never before looked at what our costs were in the hospitals,” Granato said. “Some things we always do because we always just do them.”

The New Jersey program is getting a bigger test this year as part of the federal health insurance overhaul. It’s one of four new payment models hospitals can try to trim their costs. While the best-known aspects of the 2010 law are its insurance provisions, the law also aims to control the cost of care. Across the U.S. economy, about $1 of every $6 spent is for health care, for an annual total approaching $3 trillion.

The New Jersey program launched in 2009, known as gainsharing, seems to have helped lower costs.

After three years, hospitals were saving an average of 8 to 10 percent compared with 2007, said Sean Hopkins, the senior vice president of health economics at the New Jersey Hospital Association. At Hunterdon Medical Center in Flemington, where Granato often treats patients, the savings were even bigger.

The average cost of caring for an admitted Medicare patient last year was $9,381 there, said Dr. Robert Coates, chief medical officer. He said that if the hospital had the same mix of patients and diagnoses using its 2007 methods, the cost would have been $12,138 per patient, or nearly one-third more.

He said it’s impossible to tell just how much of the savings could be attributed to gainsharing, but he said he believes it’s been a major factor in the lower costs.

Part of the trial program involves measuring the quality of care at the participating hospitals to make sure patients’ health was not sacrificed. Coates said that Hunterdon’s mortality rate was stable and fewer patients were brought back within either seven or 30 days of leaving the hospital since gainsharing was put into place.

The program, still a small pilot, seeks to address a fundamental contradiction in how care is paid for under Medicare, the national health insurance system for senior citizens and people with disabilities.

In places like New Jersey, where most Medicare patients are enrolled in health management organizations, or HMOs, hospitals are paid a certain amount for each diagnosis, giving them an incentive to treat patients efficiently. By contrast, doctors are paid by the treatment and get a daily rate for each day a patient is hospitalized.

Under gainsharing, doctors are given bonuses for saving the hospital money. At Hunterdon about three-fourths of the eligible doctors joined in 2009. Collectively, they received bonuses totaling $160,000 to $200,000 every six months, Coates said. Payments averaged $3,000 to $4,000.

“It’s not enough to send your child to college,” Hopkins said. The amounts offset some of the payments physicians may sacrifice by using lower-cost methods — particularly shortening stays.

Coates said that at Hunterdon, some doctors practiced as they normally did and were happy to get modest checks. But the ones who received the biggest amounts — some got more than $10,000 — had both high volumes of admitted patients and made concerted efforts to keep costs down.

Granato said that besides cutting back on monitoring where it was not needed, he started giving oral antibiotics instead of intravenous versions and became more conscious of length of patients’ stays.

Dr. Alan Pope, the chief medical officer at Lourdes Health System, based in Camden, said his hospital is not continuing with gainsharing because it’s trying another new model allowed by Medicare that pays hospitals for care of patients both during and after their hospital stays.

But he said he expects that the major shifts from having the program — having doctors become aware of the cost of treatments and adopt more standard practices — will continue even as the incentive goes away.

The New Jersey pilot program was allowed under 2007 Medicare rules.

In the new national iteration, participating hospitals will also see small cuts in their payments from Medicare so it’s not just the doctors sharing in the savings, but also the Medicare system.

Of the 32 hospitals chosen for the national program, 29 are in New Jersey. Two of the others are in San Bernardino, Calif.

“We have one foot in the managed care world,” said Steven Barron, the senior vice president of operations at Dignity Health, the company that runs the two California hospitals in the program, “and one foot in the old world.” The pilot to align incentives should help bridge the gap, he said.

The Centers for Medicare and Medicaid Services plan to announce in coming weeks another window for additional facilities to apply.