Israel Netanyahu: ‘We Are Not Like All Other Countries’
Israel 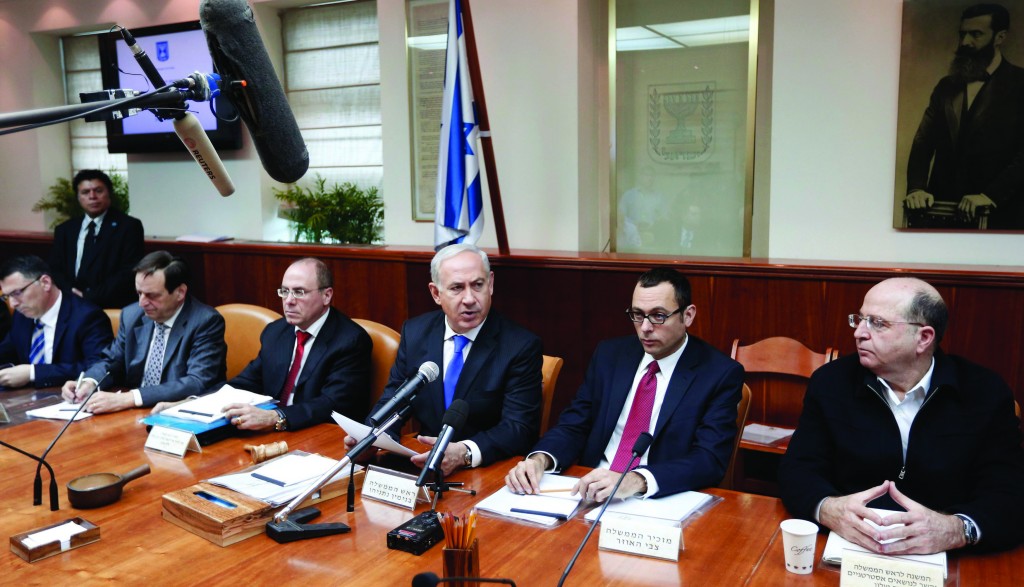 Israeli Prime Minister Binyamin Netanyahu defended the longstanding policy of state censorship of security matters, explaining that although a democracy, Israel is “not like all other countries” because of the extraordinary threats it faces.

The statement, made Sunday at the weekly Cabinet meeting, was in reference to last week’s revelation of the case of an Australian citizen, Ben Zygier, who apparently committed suicide while imprisoned in Israel. The news emerged after Israel had placed a gag order on it for two years. Zygier is thought to have been a possible Mossad operative detained on suspicion of security offenses.

Without citing any specific case, Netanyahu said that he “absolutely trusts” Israel’s security services and what he described as the independent legal monitoring system under which they operated.

“We are an exemplary democracy…but we are also more threatened, more challenged and therefore we have to ensure the proper operation of our security branches,” he said in remarks aired by Israeli media.

“Therefore I ask everyone: Let the security services continue working quietly so that we can continue to live in safety and tranquility in the State of Israel.”

But peace and quiet on this one is not in the cards.

The Knesset Foreign Affairs and Defense Subcommittee for Intelligence announced Sunday night that it plans to hold an “intensive examination” of the case, while some MKs called for the State Comptroller or a government panel to probe into it.

MK Uri Ariel (Jewish Home), chairman of the Knesset Oversight Committee in the last five months of the 18th Knesset, requested that the interim Knesset House Committee appoint him to look into the incident.

In letters to temporary Knesset Speaker Binyamin Ben-Eliezer (Labor) and temporary House Committee chairman Ze’ev Elkin (Likud Beiteinu), Ariel explained that “a temporary chairman for the Knesset Oversight Committee must be appointed in light of the difficult findings in this case.”

“There was a slip-up here,” Ariel told Army Radio. “We don’t understand what happened here; therefore the Knesset needs to have its say and form an inquiry commission.”

Meanwhile, Australia’s foreign minister Bob Carr on Sunday demanded that Israel provide information on the prisoner for an Australian investigation into his death.

“We have asked the Israeli government for a contribution to that report,” Carr told reporters in the Australian capital, Canberra. “We want to give them an opportunity to submit to us an explanation of how this tragic death came about.”

The Australian foreign minister at the time of Zygier’s death, Kevin Rudd, urged the government to consider taking action against Israel as it did in 2010 when an Australian investigation concluded that Israel had counterfeited four Australian passports used by a suspected hit squad that murdered a Hamas official in Dubai. In May 2010, Australia expelled a member of Israeli’s embassy in retaliation.

“The tradition of this government has to be robust on these matters, even with a country with whom we’ve had the friendliest of relationships,” Rudd told Sky News.

The few Israeli officials who have spoken about the case have not denied it centered on Zygier, nor that he was linked to the Mossad, Reuters reported.

“This took place because of extreme, most extraordinary circumstances, in order to protect very important interests,” Meridor said.

The incarceration was approved by several Israeli courts.

Publishing the prisoner’s identity would have risked “serious harm to security,” Meridor noted without elaborating.

While also reticent about what led to Zygier’s arrest, Yaalon told reporters: “There are extreme situations…to do with our security and even the need to preserve human life, when we need to take an extreme step such as this.”

The extent of the secrecy surrounding the case was highlighted when Tzachi Hanegbi (Likud), who chaired the Knesset Foreign Affairs and Defense Committee and intelligence subcommittee when Zygier was arrested in early 2010, said over the weekend he was not informed of the case at the time.

“This requires explanation,” Hanegbi said. “Usually, every significant subject, whether it is impressive achievements or embarrassing failures, is laid out before the subcommittee.”

But asked about Hanegbi’s remarks, former Mossad director Danny Yatom told Reuters the agency was under no legal obligation to brief oversight lawmakers in such circumstances.

Moshe Cohen, a spokesman for Israel’s Justice Ministry, said the ministry would consider this week whether to publish the coroner’s report that ruled the prisoner had committed suicide. It will also consider publishing details of a separate probe into possible neglect in the guarding of the prisoner, The Associated Press reported.

“After this case exploded, there was public interest,” Cohen said. “Whatever isn’t secret we need to publish.”