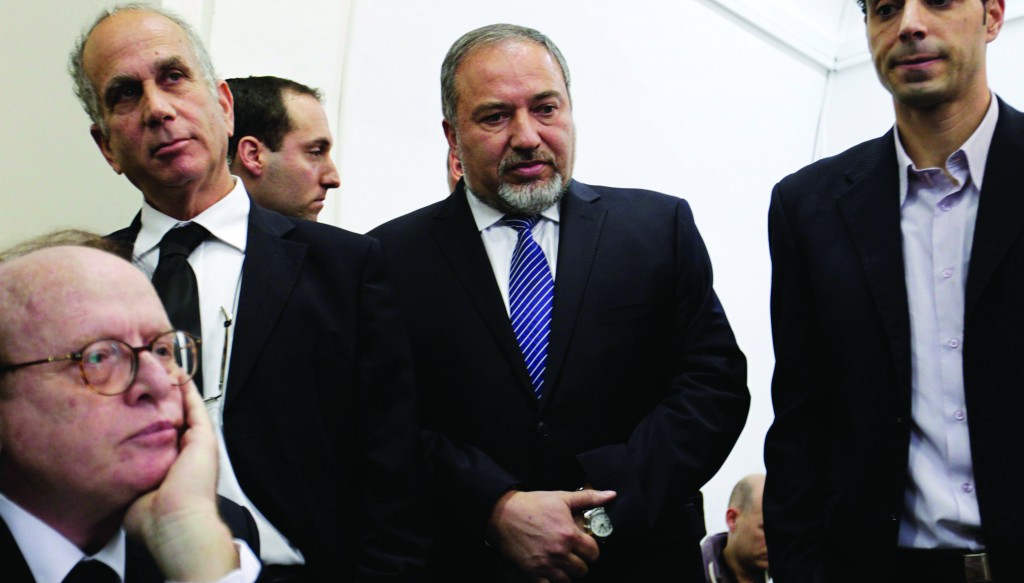 Israel’s former foreign minister, Avigdor Lieberman, once again on Sunday declared his innocence of corruption allegations — but this time it was in a court of law.

After years of police investigation and speculation in the media, Lieberman’s day in court finally came, and he pleaded not guilty to charges of fraud and breach of trust at the start of the trial.

The allegations led Lieberman to resign from the Cabinet two months ago.

Under Israeli law, conviction on the fraud and breach of trust charges could disqualify Lieberman from holding a Cabinet post, but he would be able to return to the government if he is cleared or if he receives a light, non-custodial sentence.

Lieberman remained silent throughout the hearing and did not speak to reporters afterwards.

The court will reconvene on April 25 to begin hearing evidence.

Born in Moldova, Lieberman immigrated to Israel in 1978. He became administrative head of the Likud in 1993 and ran the Prime Minister’s Office from 1996 to 1997 during Netanyahu’s first term. He left to form Yisrael Beiteinu in 1999.