World In a Rarity, a Meteor Hit and an Asteroid Event on Same Day
World 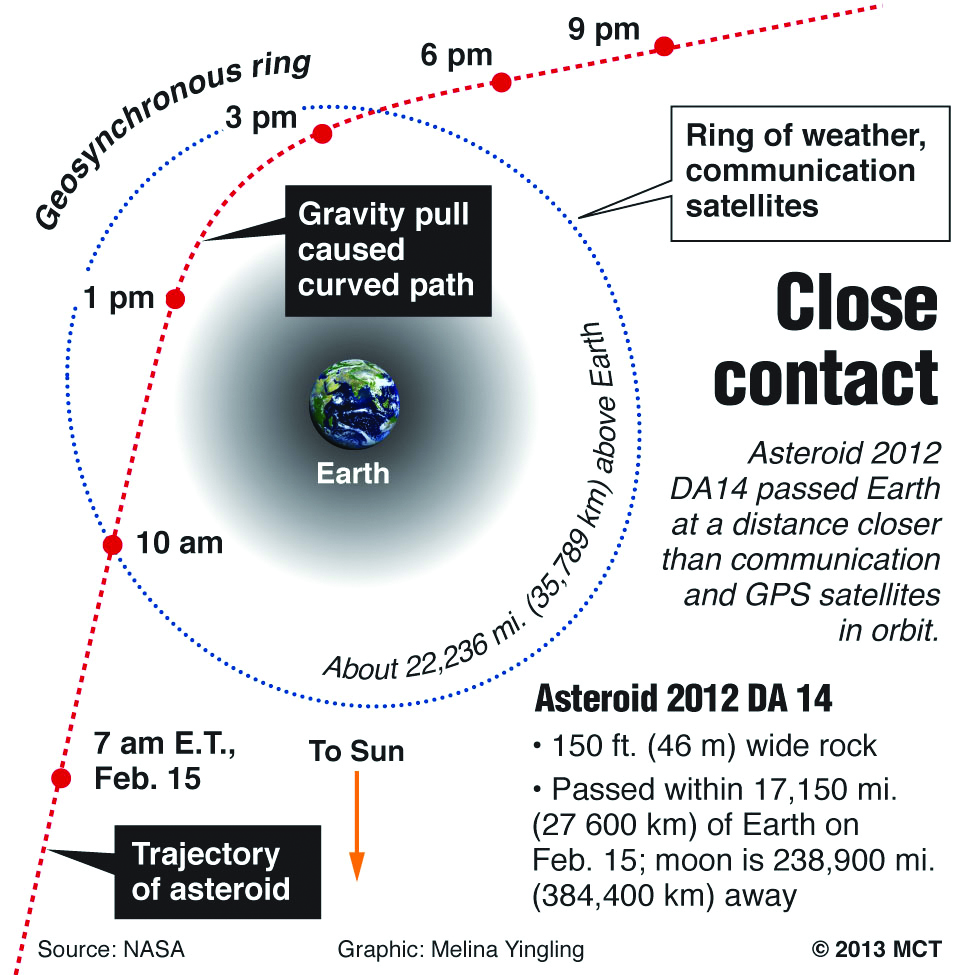 Asteroid DA14 was closest known object of its size

An asteroid the size of half a football field passed closer to Earth than any other known object of its size on Friday, the same day an unrelated and much smaller space rock blazed over central Russia, creating shock waves that shattered windows and injured 1,200 people.

Asteroid 2012 DA14, discovered just last year, passed about 17,200 miles from Earth at 2:25 p.m. EST, closer than the networks of satellites that ring the planet.

“It’s like a shooting gallery here. We have two rare events of near-Earth objects approaching the Earth on the same day,” NASA scientist Paul Chodas said during a webcast showing live images of the asteroid from a telescope in Australia.

Scientists said the two events, both rare, are not related. The body that exploded over Chelyabinsk, Russia, at 10:20 p.m. EST Thursday came from a different direction and at a different speed than DA14.

NASA has been asked by the U.S. Congress to find and track all near-Earth objects that are .62 miles in diameter or larger.