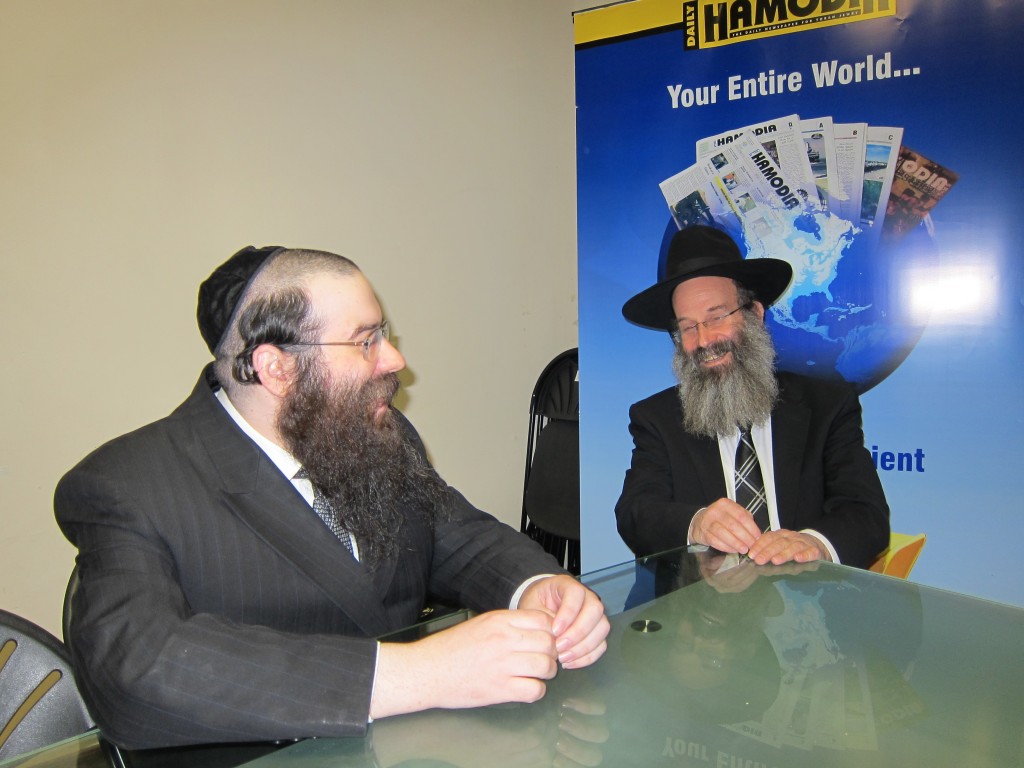 Rabbi Avraham Rubinstein, a week after he was appointed by Gedolei Yisrael to be Bnei Brak’s next mayor, visited Hamodia’s Brooklyn headquarters yesterday for an exclusive interview.

He took office just last Monday, shortly after United Torah Judaism’s surprise win of a seventh Knesset seat elevated Rabbi Rubinstein’s predecessor, Rabbi Yaakov Asher, to Israel’s parliament, the man who runs a 400-strong kollel in Bnei Brak finds himself thrust into the spotlight as the political leader of the city’s 174,000 residents.

Rabbi Rubinstein, 55, said that he had joined about 100 people at the polls on Jan. 22 when Hagaon Harav Chaim Kanievsky, shlita, a mechutan of his, cast his ballot.

“We voted for Rubinstein,” Rav Kanievsky said immediately after voting.

The gadol’s comments created a buzz among his close circle, who wondered what he meant as Rubinstein was not on the UTJKnesset list. That mystery was resolved when election results came in the next day, resulting in UTJ’s historic additional mandate, which ultimately led to Rabbi Rubinstein’s ascension to the post of mayor.

It was with humility and a sense of awe that Rabbi Rubinstein spoke of the great responsibility thrust upon him after being chosen by the Gedolei Yisrael to run a city known as the ihr haTorah v’hachassidus, and his prayers are that he will properly fulfill his mission.

Rabbi Rubinstein was visiting the United States to attend a cousin’s chasunah in Lakewood.

The full interview will, iy”H, be published in the weekly Hamodia. (With reporting by Yochonon Donn)