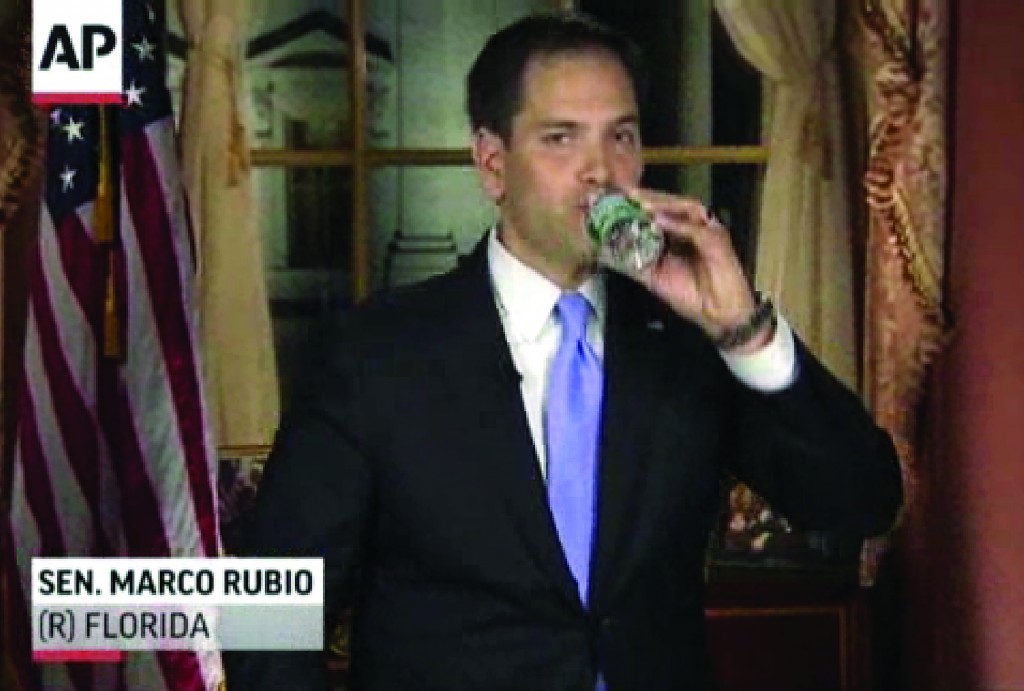 Nothing trumps a carefully crafted political message like the unscripted moment. All-too-human blips and slips were the bane of politicians even before the social media age and Sen. Marco Rubio’s sip seen ‘round the world.

Rubio’s lunge for a drink of bottled water while delivering the Republican response to President Barack Obama’s State of the Union address quickly lit up social media and segued into the next day’s water cooler topic.

Rubio, a highly regarded 41-year-old senator from Florida, is viewed as a potential 2016 presidential candidate and his nationally broadcasted rebuttal to Obama was considered a big step. On Wednesday, he gamely laughed off his Poland Springs moment.

“You know, when you give a speech, you have a podium and the water is right there, but when you don’t, then you’ll start looking around thinking, ‘Where am I going to get the water from?’” Rubio told Fox News Channel. He described worrying that he was getting too parched to keep talking after a long day of work and pre-recording the speech in Spanish.

“My mouth got dry, what can I say?” Rubio said.

Rubio used his address to promote Republican tenets of limited government and economic growth and to criticize Obama’s first-term record on taxes and spending. He appeared to perspire under the bright lights. Late in the speech he reached awkwardly to his left for the bottle, his eyes still trained on the camera, took a quick sip of water, then reached off camera again to put the bottle down.

Lanny Wiles, a longtime advance man for Republican candidates, chalked up Rubio’s Tuesday night moment to poor planning. Wiles would have placed a glass of water on a table just outside the camera’s view. But he thinks the incident will be water under the bridge.