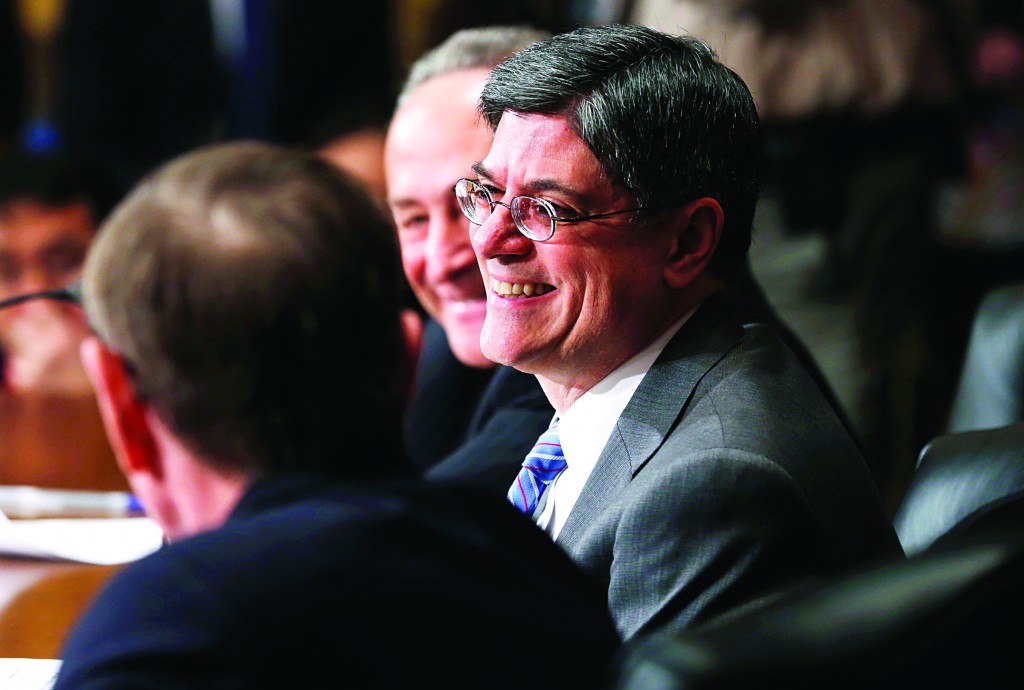 Jacob Lew, President Barack Obama’s nominee for Treasury secretary, pledged to work with Congress on a comprehensive overhaul of the tax code while urging lawmakers to avoid automatic spending cuts that could slow the economy’s progress.

During a three-hour confirmation hearing Wednesday, Lew fielded a broad range of questions about how he would handle a number of challenging issues, including Europe’s debt crisis, U.S.-China relations and the implementation of the 2010 financial regulatory overhaul.

But the sharpest questions focused on his brief tenure at Citibank, where he was a top executive during the height of the financial crisis. Republicans pressed him about his duties and a nearly $1 million bonus he received when the bank was being bailed out by taxpayers.

Overall, the hearing was mostly friendly with few tense moments. And when it concluded, Sen. Orrin Hatch, the panel’s ranking Republican, said he thought Lew had “done very well.”

Lew, 57, most recently served as Obama’s chief of staff. He is expected to win Senate confirmation late this month and would succeed Timothy Geithner, who stepped down in January after serving as Treasury secretary during Obama’s first term.

Much of Lew’s testimony reflected the Obama administration’s message. He advocated a balanced approach to reducing the long-term budget deficit through spending cuts and additional tax revenue. He said he would be open to “sensible reforms to Medicare.” And he urged lawmakers to avoid $85 billion in defense and domestic spending set to kick in on March 1.

The cuts, Lew said, would impose “self-inflicted wounds to the recovery and put far too many jobs and businesses at risk.”

When asked about tax reform, Lew was upbeat without offering any real details.

He said he would look forward to working with the committee on a rewrite of the tax code and that the way to accomplish it would be to scale back deductions so that tax rates can be lowered.

Lew also Promised to keep pressure on China to allow its currency, the yuan, to rise in value against the dollar, which would make U.S. goods more competitive in Chinese markets.