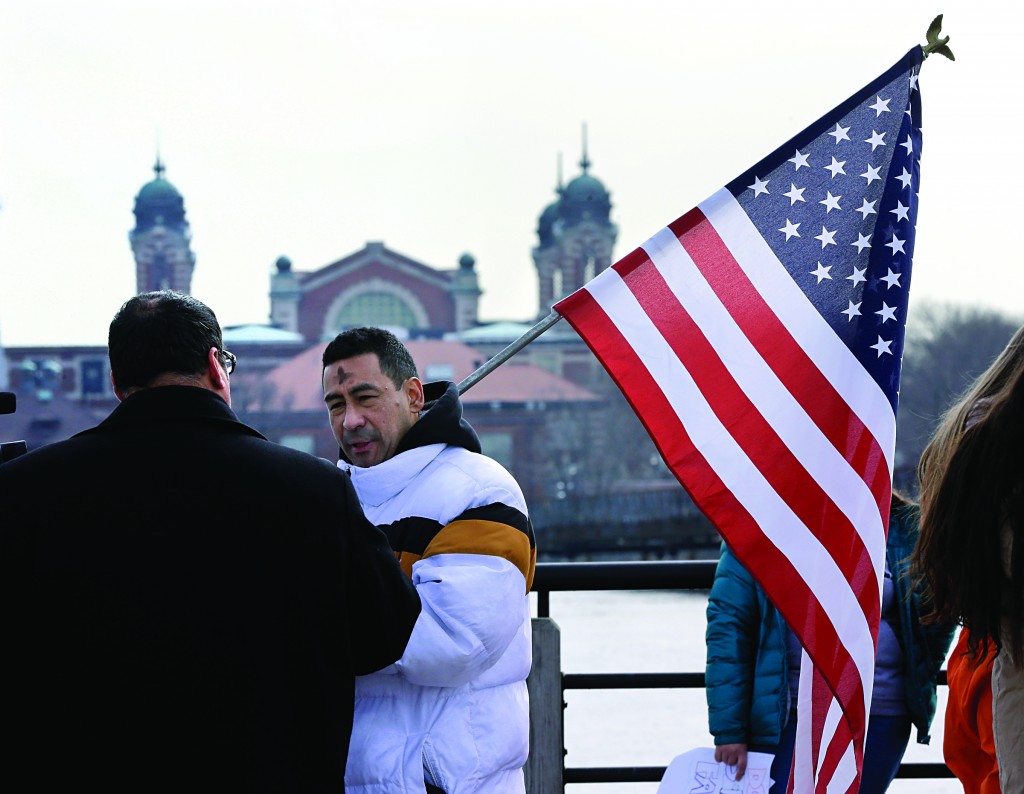 Mariela Castano’s daughter was so worried about her mother participating in a protest over conditions at immigrant detention centers that she begged her to bring along a identification in case she was detained herself.

Castano, an illegal immigrant from Peru, was among a group of about 100 protesters who gathered in Liberty State Park in Jersey City Wednesday for an annual march. They hoped to call attention to an immigration detention system advocates say puts profits above humane treatment of detainees.

Immigrants, both legal and illegal, who are facing deportation or otherwise held in federal custody, are subject to mandatory detention. They are housed in a variety of facilities around the country, from detention centers run by private contractors to local jails that receive reimbursement from the federal government for each detainee. They are classified as civil detainees, and advocates have long argued that the majority are low-risk individuals who do not need to be detained in order to comply with deportation orders or court-related obligations.

“Even though politicians in Washington seem committed to comprehensive immigration reform, we see no signs that the federal government will reduce its reliance on a ballooning, financially wasteful and inhumane system,” Lorna Henkel of IRATE & First Friends, one of the groups that organized the event, said of the detention system.

President Obama, in Tuesday’s State of the Union address, called for a path to citizenship for illegal immigrants.