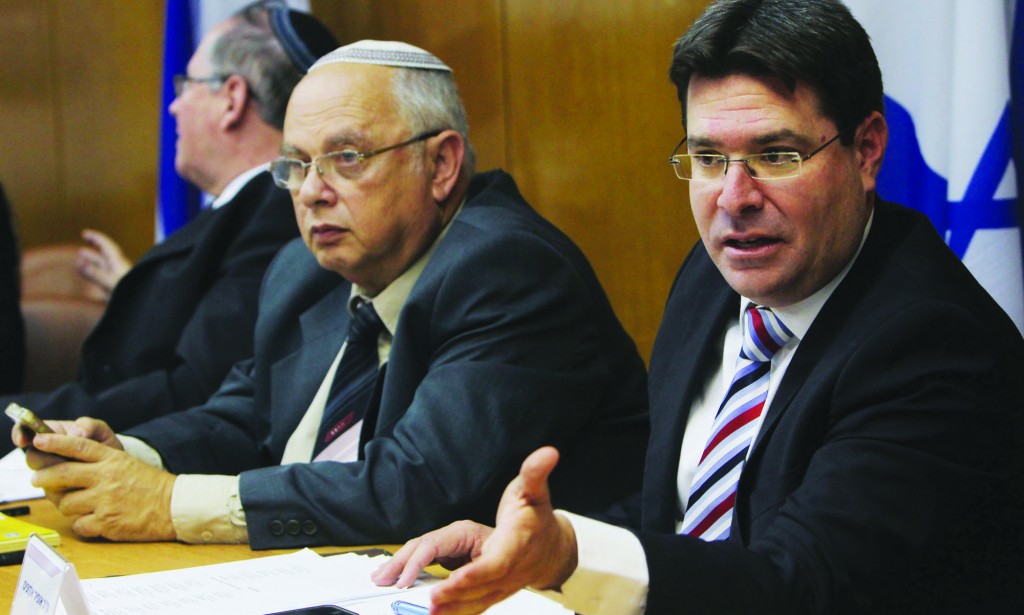 Despite the ongoing frontal attack of Yesh Atid leader Yair Lapid, some voices were being raised this week in defense of the chareidi community, even if they weren’t reaching the secular media.

“There are many good reasons to support the chareidi yeshivos in their attempts to ensure maximal full-time study for all who wish to study,” Rabbi Baron said.

“I am very hopeful that as a result of this crisis, the National Religious and chareidi communities will join hands, both politically and practically. We must realize that the principle of Torah study for all is one that is common to both our communities. If the world of the yeshivos is compromised, there will be no Mercaz Harav, either,” Rabbi Baron told Arutz Sheva on Wednesday.

Rabbi Baron further dismissed the drafting of chareidi students is an impracticality.

“As someone who has worked extensively on the issue, I can tell you that the IDF is not interested in, and is not capable of, absorbing large numbers of chareidim.”

The day of Lapid’s speech in the Knesset, United Torah Judaism MK Eliezer Menachem Moses’s spirited rebuttal was joined by Likud MK Ofir Akunis, who pointed out that Lapid’s electoral success should not mislead the public into thinking that now the majority supports radical changes in the draft and the electoral system.

The senior Likud MK also noted the importance of building a broad coalition including the chareidi parties, and the need for working with them on these issues.

Another moderate voice was that of Shalom Simhon (Independence), the outgoing  Minister of Industry, Trade and Labor.

In his farewell speech to the Knesset on Tuesday, Simhon declared that “it is incumbent on Israeli society to reconcile with the chareidim; coercion is not the way. It will not succeed, only bring about rancor and failure.

“It is not in our interest to try to force changes on the chareidi way of life,” he said. But rather “to respect it, and then we will find ways” to improve the situation.

“As one who has studied the matter [of employment] in depth,” he said, “Israeli society must make the required adjustments in order to bring chareidim into the workforce.” Simhon mentioned as well that at this time there are some eight employment centers in advanced stages of planning for the chareidi communities in Yerushalayim and Bnei Brak.

As welcome as Simhon’s conciliatory words may have been, it was, as Hamodia’s Knesset correspondent (Hebrew edition) Tzvi Rosen observed, unfortunate that it was “a one-time” statement, made on the day of his departure.