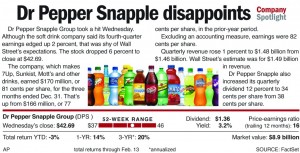 HOUSTON (AP) – Carnival Cruise Lines has canceled a dozen more planned voyages aboard the Triumph and acknowledged that the crippled ship had been plagued by other mechanical problems in the weeks before an engine-room fire left it powerless in the Gulf of Mexico.

The company’s announcement on Wednesday came as the Triumph was being towed to a port in Mobile, Ala., with more than 4,000 people on board, some of whom have complained to relatives that conditions on the ship are dismal and that they have limited access to food and bathrooms.

The ship will be idle through April.

WASHINGTON (AP) – Declaring that America is losing an aggressive cyber-espionage campaign waged from China, administration officials and lawmakers on Wednesday agreed to push legislation that would make it easier for the government and industry to share information about who is getting hacked and what to do about it.

They say this new partnership, codified by law and buoyed by President Barack Obama’s new executive order, is critical to keeping countries like China, Russia and even Iran from rummaging in American computer networks and targeting proprietary data they can use to wreak havoc or compete against U.S. businesses.

BRUSSELS (AP) — The European Union and the United States announced Wednesday that they have agreed to pursue talks aimed at achieving an overarching trans-Atlantic free trade deal.

The 27-country EU said such an agreement, first announced in Tuesday’s State of the Union address by President Barack Obama, would be the biggest bilateral trade deal ever negotiated. Any agreement could boost the EU’s economic output by 0.5 percent and the U.S.’s by 0.7 percent, according to some estimates. That would be a highly desirable outcome when the EU and the U.S. are both struggling with slow growth, high unemployment and high levels of debt.

WASHINGTON (AP) – Americans barely spent more last month at retail businesses and restaurants after higher taxes cut their paychecks. The small increase suggests consumer spending may be weak in the January-March quarter, which could hold back economic growth.

Retail sales ticked up 0.1 percent in January from December, the Commerce Department said Wednesday. That follows a 0.5 percent increase in December and is the smallest in three months. Sales fell at auto dealerships, clothing stores and furniture stores. The declines came after big gains in each of those categories in December. Sales rose last month at home-improvement stores, gas stations and online retailers.

WASHINGTON (AP) — U.S. companies restocked their store shelves and warehouses at a slower pace in December, a sign of caution as sales weakened. Slower restocking was a major drag on the economy in the final three months of last year.

Business inventories ticked up 0.1 percent in December from November, the Commerce Department said Wednesday. That was below the 0.2 percent pace the previous month and the smallest increase since last June.

BRUSSELS (AP) – European Union nations on Wednesday called for more intensive testing for a month to try to contain the scandal in which horsemeat was sold as beef.

The emergency meeting at EU headquarters included nations most affected by the horsemeat scandal that has swept through Europe, with millions of burgers and frozen meals recalled across the continent.

This article appeared in print on page 9 of the February 14th, 2013 edition of Hamodia.