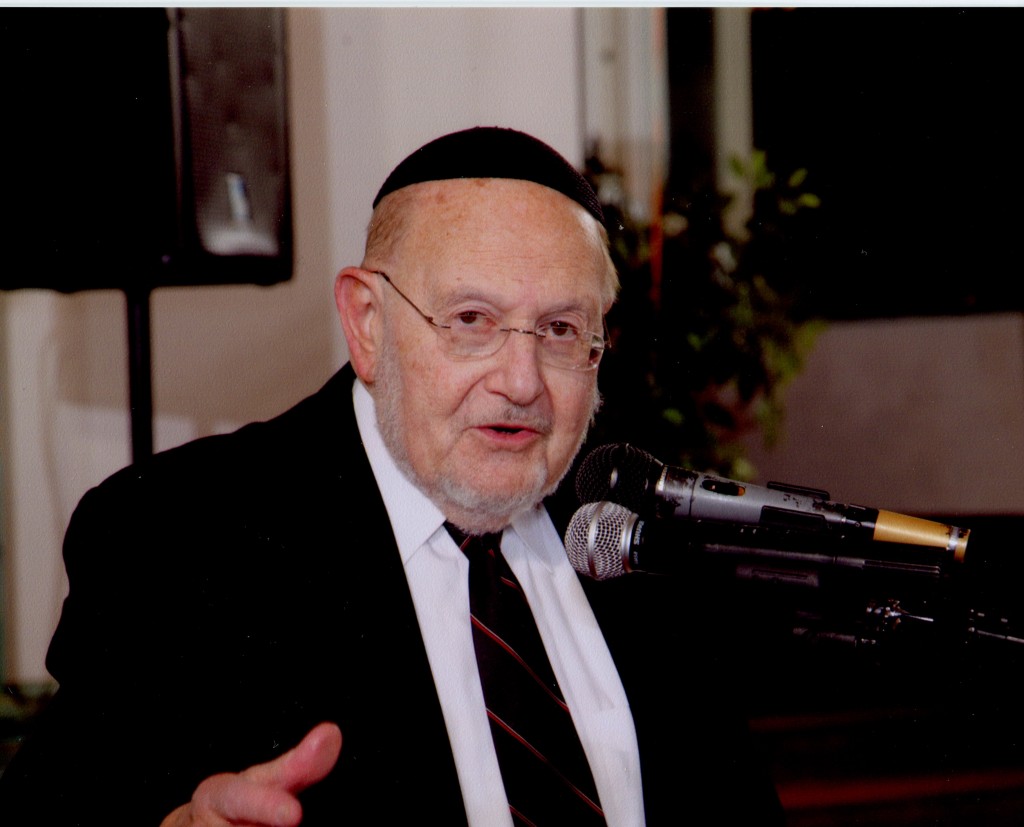 Last Friday, 28 Shvat (February 8, 2013), Rabbi Chaim Zev (Herbert W.) Bomzer was niftar at the age of 85. Rabbi Bomzer, who served as Rav of Young Israel shuls for many decades, was remembered by friends, family, and kehillah members as a tremendous talmid chacham, masmid, and one who was instrumental in the growth of many yeshivos in Brooklyn.

Rabbi Bomzer was born to Meshulam Shraga Feivish (Philip) Bomzer and Yetta (nee Kleinman) on August 16, 1927, on the Lower East Side. He was named for his paternal grandfather. The family moved to East New York a few months after he was born.

Philip found work as a window-washer, but refused to cave to the pressure to be mechallel  Shabbos. At times, he would have to find a new job each week, since he refused to work on Saturdays.

The young Herbert attended Yeshivah Toras Chaim for elementary school. The family was poor, but Yetta was determined that her children would receive a Torah education, so she worked as a cook for the yeshivah in lieu of tuition.

Concurrently, he was professor of Talmud and pedagogy  at Yeshiva University for a half-century.

He also held positions in several other organizations, including the Rabbinical Council of America and the Vaad of Flatbush.

“He demanded action and led by example,” recalls Rabbi Pesach Lerner, Executive Vice President Emeritus of the National Council of Young Israel (NCYI). “He would never allow NCYI, the Vaad of Flatbush, or his rabbinical colleagues to rest.

“He was most vocal and active on behalf of Eretz Yisrael and the Jews of Israel,” says Rabbi Lerner. Whether it be the Oslo process, or discussion of giving away parts of Yehuda or Shomrom or the Golan Heights, he was a very strong advocate of not giving away even one inch of Eretz Yisrael. He would constantly speak about Eretz Yisrael, and he would protest if the situation called for it. Those zechuyos will surely accompany him to the olam haemes.”

Rabbi Bomzer was also a noted talmid chacham. Rabbi Pesach Lerner told Hamodia, “He was a master of Shas; I know for certain that he learned Shas Bavli more than three times b’iyun; he was a baal korei for many years, and knew [the entire Chumash] by heart.

Rabbi Lerner continued, “There were times I was preparing laining, as he was sitting and learning Gemara nearby; if I made even a minor mistake – in trop or pronunciation – he would masterfully and gently correct me. I once asked him a question on an obscure Rambam; he instantly corrected me on a word, and said that my entire  misunderstanding was due to the mistake in that single word!”

Rabbi Bomzer aided in the founding of many yeshivos in Brooklyn, some of which had their beginnings in the basement of his Young Israel, including Yeshivah Torah Temimah, Yeshiva of Brooklyn, and the Sephardic Institute.

Rabbi Bomzer passed away Friday, February 8, 2013, one day after their 64th anniversary.

His six children, and many grandchildren and great-grandchildren, all bnei Torah and yerei Shamayim, and the many who grew in Torah and avodah due to his teachings and example, are surely a zechus for him now, in Gan Eden.