Israel Netanyahu, Bennett Meet, Get ‘to the Point’
Israel 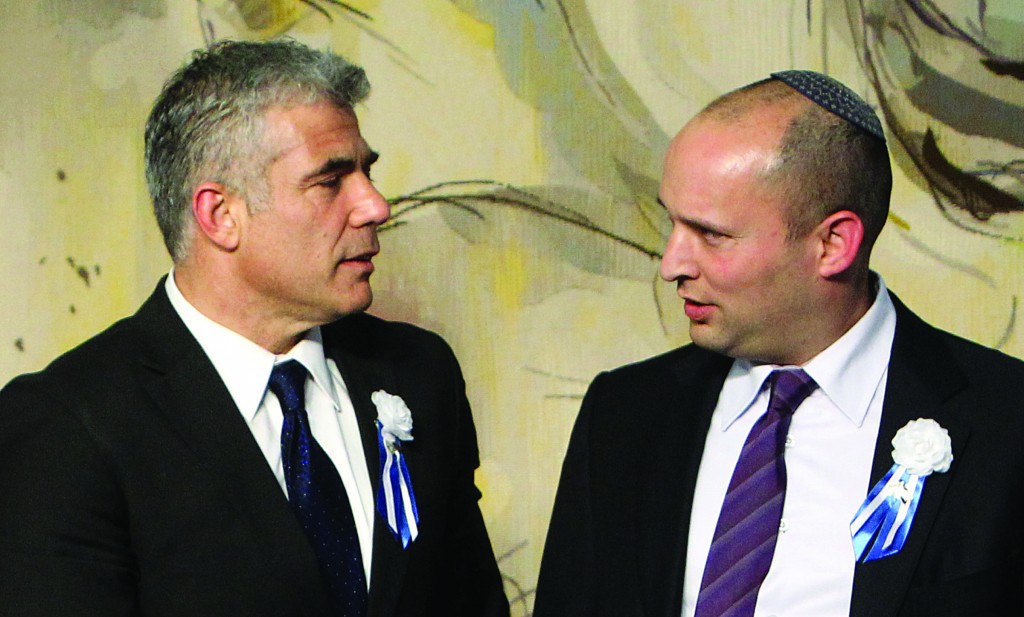 Against a background of personal feuding and a rough political campaign, Prime Minister Binyamin Netanyahu and Jewish Home chairman Naftali Bennett held a long-awaited meeting in Tel Aviv on Monday, the last of Netanyahu’s meetings with the Knesset’s twelve party leaders since the election.

Following the two-hour meeting, there was little pretense of a warm and friendly atmosphere. In contrast to official statements released following the prime minister’s previous meetings with party leaders, this statement did not mention a “good atmosphere,” but was described as “to the point,” that they discussed “issues of the day” and a meeting of the two parties negotiating teams was scheduled for Tuesday.

The last meeting between Netanyahu and Bennet took place five years ago, before Bennett quit his job as Netanyahu’s chief of staff following a personal dispute

Bennett’s office said he went to discuss his socioeconomic agenda, which includes lowering housing costs, rehabilitating poor neighborhoods, an open-skies policy for competition with El Al, and legislation against overconcentration of wealth, The Jerusalem Post reported.

Netanyahu wanted to know what direction Bennett was taking vis-a-vis a coalition. In particular, clarification is sought concerning reports that he has made a deal with Yesh Atid leader Yair Lapid.

Likud sources have said they would be willing to give Jewish Home, with 12 Knesset seats, better portfolios if they become the first party to join the coalition.

Jewish Home is reportedly interested in the Construction and Housing ministry, or Transportation or Industry, Trade and Labor, along with the chairmanship of the Knesset Finance Committee.