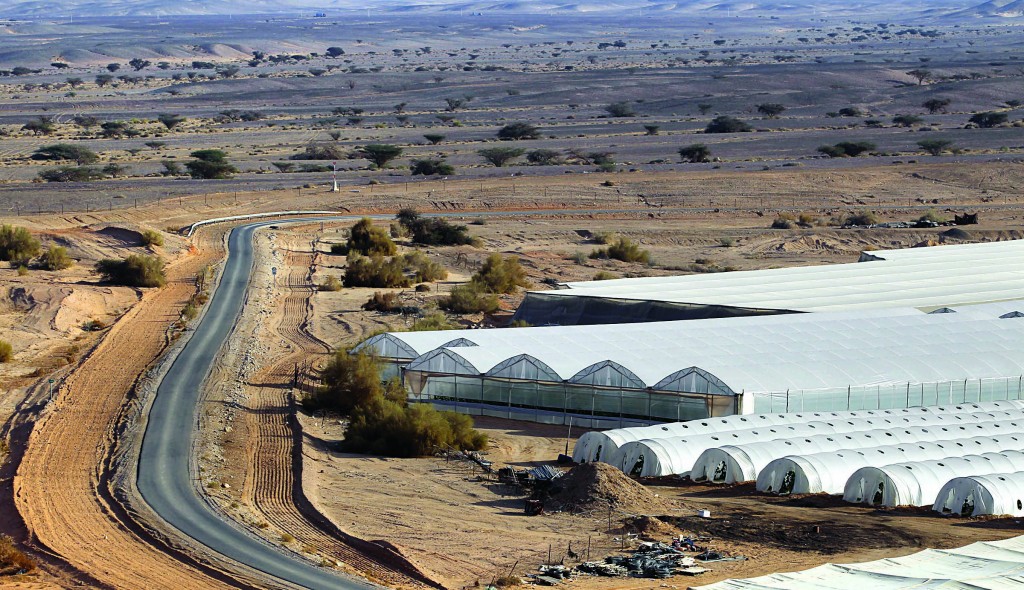 Greenhouse netting is a farmer’s first line of defense against critters that eat leaves and chew through roots, but tiny bugs can slip through the fine mesh. A new company from Israel has a natural solution for keeping greenhouses pest-free without nasty pesticides that pollute the earth and harm people.

The company, called EdenShield, has developed a plant-derived extract from a bush found in Israel, Jordan and Egypt to repel insects from the exterior netting of the greenhouse.

Kitron found an extract from the bush can be applied to nets as a natural defense against tiny insects like thrips and the tomato leaf miner. Both pests can do extensive damage to greenhouse crops, yet most farmers today agree that the use of fewer pesticides in agriculture is the best way to grow.

This new invention, under development at the Mofet Venture Accelerator in Kiryat Arba and funded by an Office of the Chief Scientist grant, seems to block the olfactory senses of the bugs that would normally help them home in on their supper. In a “sense,”this extract, Kitron says, acts as a nose plug that confuses the insect. And it works on a broad range of bugs. Why or how is yet to be determined by chemists and biologists.

“It is interesting to see why so many different pests are affected by this extract. Maybe it is acting more like an odor mask than a repellent,” says Kitron.

The fact that this natural chemical does not kill the insect should be seen as a plus rather than a minus, he notes. Ecologists have shown, Kitron explains, that pesticide use leads to stronger and more resilient pests. One of the reasons is that conventional pesticides also kill the natural predators of the pest, wiping out an important line of defense.

“Our solution doesn’t cause mortality and it is not toxic to insects or humans,” says Kitron. “We believe this is a more efficient tool to be used in integrated pest-management programs. Our solution can even enhance the effectiveness of the pest’s natural enemies.”

This particular bush (its species name withheld to protect the company’s IP) seems to have developed a special resistance to desert pests only in the Levant area, though the bush grows in other regions of the world.

In the humanitarian domain, Kitron says that EdenShield is also conducting tests on mosquito nets used for combating malaria-carrying anopheles and a blood-sucking insect that carries the chagas parasite and is a problem in South America, various regions of Africa, Jordan and the Dead Sea area.

Down the road, Kitron hopes the spray could be developed into a general pest repellent for plants. But for that, more rigorous tests by health agencies need to be done.