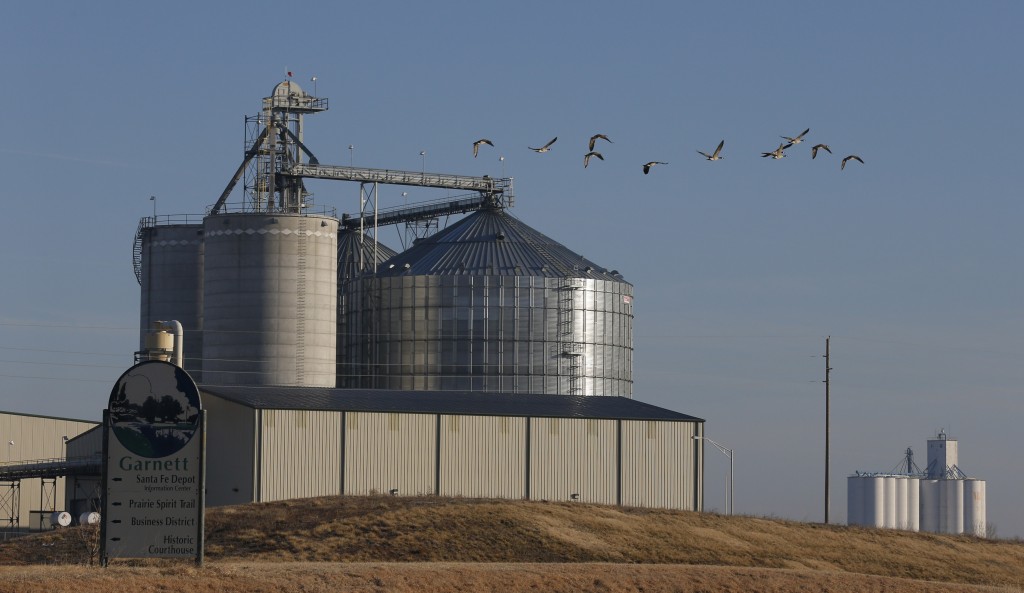 Persistent drought is taking a toll on producers of ethanol, with corn becoming so scarce that nearly two dozen ethanol plants have been forced to halt production.

The Renewable Fuels Association, an ethanol industry trade group, provided data to Associated Press, showing that 20 of the nation’s 211 ethanol plants have ceased production over the past year, including five in January. Most remain open, with workers spending time performing maintenance-type tasks. But ethanol production won’t likely resume until after  the 2013 corn crop is harvested in late August or September.

Industry experts don’t expect a shortage ; millions of barrels are stockpiled and the remaining 191 plants are still producing. Still, there is growing concern about what will happen if the drought lingers through another corn-growing season.

“There’s a lot of anxiety in the industry right now about the drought and a lot of folks watching the weather and hoping and praying this drought is going to break,” said Geoff Cooper, vice president for research and analysis for the Renewable Fuels Association.

“If we get back to a normal pattern and normal corn crop, then I think the industry is in good shape. But if this drought persists and it has the same effect on this coming corn crop, then we’ve got a problem.”

America’s ethanol industry has taken off in the past decade. Plants in 28 states produce more than 13 billion gallons of ethanol each year, Cooper said. By comparison, in 2002, the industry produced 2.1 billion gallons. Today, roughly 10 percent of the U.S. gasoline supply is made up of the biofuel.

Roughly 95 percent of U.S. ethanol is made from corn. The National Corn Growers Association estimates that 39 percent of the U.S. corn crop is used in ethanol production.

Then the weather dried up. The drought began before planting, and never stopped. Even though more acres were planted in 2012 than in 2011, 13 percent less corn was harvested.

Availability of locally produced corn is vital for ethanol plants, since having it shipped in is too expensive. To make matters worse, the drought hit hardest in many of the top corn-growing states.

Six of the 20 ethanol plants that stopped production are located in Nebraska, two are in Indiana and two in Minnesota.  Each of ten additional states has seen one plant affected. Cooper said the 20 plants employ roughly 1,000 workers combined, but it wasn’t known how many have been laid off.

The production stoppages are cutting into ethanol production. The 770,000 gallons per day produced in the last full week of January were the fewest since the U.S. Energy Information Administration began tracking weekly data in June 2010.

That’s not much of an issue for consumers, at least for now, because there are plenty of stockpiles of ethanol. Purdue University agriculture economist Chris Hurt said the nation has more than 20 million barrels of ethanol in stock, slightly more than a year ago, largely because Americans are driving less and driving more fuel-efficient cars. Cooper said, though, that stockpiles are expected to dwindle in the spring and summer as demand picks up and plants remain idled.

Hurt said the ethanol industry needs an end to the drought, a strong corn crop and a drop in corn prices. Corn futures were $5.51 a bushel in May, before the drought’s impact took hold. Prices rose to a peak of $8.34 per bushel in August and were $7.46 per bushel last week.

“I cannot see any profitability in this industry until we get lower corn prices, and it’s going to take a reasonable-sized U.S. crop,” Hurt declared.

Officials at the nation’s leading ethanol makers — Archer Daniels Midland and POET — declined to speculate about whether additional plants will close. POET spokesman Matt Merritt said producing ethanol at Macon became cost-prohibitive because of the lack of available Missouri corn, and shipping it in was simply too expensive.

Cooper said most of the idled plants expect to restart production , but  not anytime soon. Corn is expected to remain scarce and expensive at least until the 2013 crop is harvested, starting in late August and into September. Cooper believes ethanol production won’t resume at most plants until then.

For now, many of the plants remain open with workers doing maintenance or helping to modernize the facilities while they wait for production to resume, Cooper said.

Only one of the closed production facilities, an ADM plant in Wallhalla, N.D., may be closed for good.

Not everyone associated with the industry is that upbeat.

Brian Baalman farms near Menlo, Kan., typically growing 8,000 acres of corn each year. Last year’s crop was about one-third of that. This year, he may plant only the one-third of his acreage where irrigation is available this summer.

As do many growers, Baalman has a direct interest in ethanol. He is on the board of Western Plans Energy in Oakley, Kan., and has stock in seven ethanol plants. He said near-record prices for corn, driven up by the drought-fueled shortage, are making ethanol production costs too high.

“We are burning all our excess cash just to stay running at a reduced rate, to keep people working and keep the people there, keep the lights on, so to speak,” Baalman reflected. “It’s very tough right now.”

“A lot of these ethanol plants aren’t going to make it,” Baalman said.