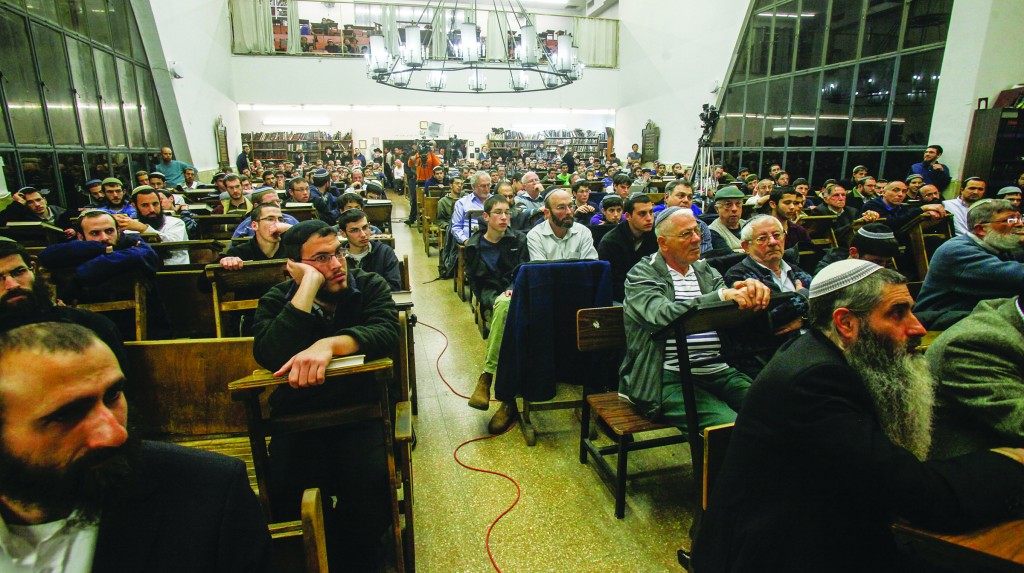 A memorial service was held Thursday at Mercaz Harav Yeshivah in Yerushalayim for the eight students who were murdered in a terror attack five years ago.

The Rosh Yeshivah of Yeshivas Mercaz Harav, Harav Yaakov Shapira, told the gathering that in these days, as the Shechinah is pained by the fact that Torah observance within the nation is lacking, the eight kedoshim gave their lives for Torah study.

In a reference to the current political debate regarding the enlistment of yeshivah students, he added, “Sometimes not everyone knows the value of the Torah. Those who study the Torah also bear the burden.”

“The time that passes does not blunt the pain,” the Rosh Yeshivah of Mercaz Harav’s Yeshivah L’Tzeirim (where the attack took place), Harav Yerachmiel Weiss, said at the memorial. “The pain of the loss, and the yearning and the smiling faces of the murdered ones, whose purity of heart we learn about gradually.”

Dr. Naftali Moses, father of Avraham David, Hy”d, said that his son studied Torah 16 hours a day. “My son was murdered only because he was a Jew, living in the state of Israel, with a sefer in his hands.”