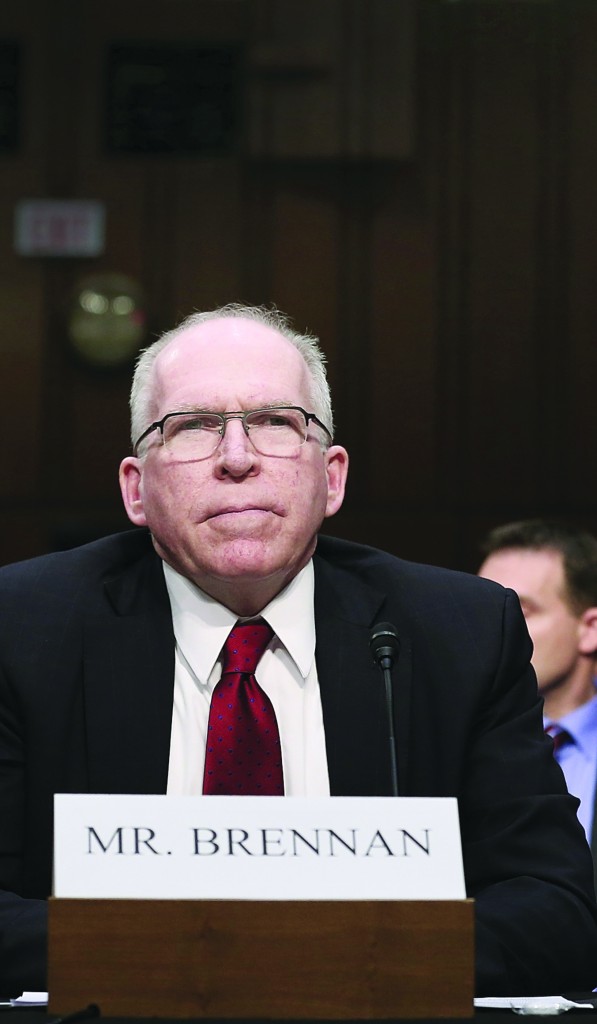 Nominated to head the CIA, John Brennan told a protest-disrupted Senate confirmation hearing Thursday the United States employs drone strikes only as a deterrent against imminent terrorist threats, not as punishment for previous attacks.

“Nothing could be further from the truth,” he said at a session during which he also conceded that after years of intelligence work he is uncertain whether the use of waterboarding in interrogations has yielded valuable information.

He declined several times to say whether waterboarding is torture, but he did say it is “something that is reprehensible and should never be done again.”

In hours of questioning from the Senate Intelligence Committee, Brennan made repeated general pledges to increase the flow of information to members of the panel, but he was less specific when it came to individual cases. Asked at one point whether he would provide a list of countries where the CIA has used lethal authority, he replied, “It would be my intention to do everything possible” to comply.

At another point, he said he had no second thoughts about having opposed a planned strike against Osama bin Laden in 1998, a few months before the bombings of two U.S. embassies. The plan was not “well-grounded,” he said, adding that other intelligence officials also recommended against proceeding. Brennan was at the CIA at the time.

Brennan is a veteran of more than three decades in intelligence work, and is currently serving as Obama’s top counter-terrorism adviser in the White House. Any thought he had of becoming CIA director four years ago vanished amid questions about the role he played at the CIA when the Bush administration approved waterboarding and other forms of “enhanced interrogation” of suspected terrorists.

In a statement at the beginning of Thursday’s session, Brennan said the United States remains at war with al-Qaida and other terrorists and is under “daily cyberattack” by foreign countries and others.

He said historic transformations continue sweeping through the Middle East and North Africa, with “major implications for our interests, Israel’s security, our Arab partners and the prospects for peace and stability throughout the region.” Additionally, he said that Iran and North Korea “remain bent on pursuing nuclear weapons and intercontinental ballistic missile delivery systems.”

The hearing was interrupted repeatedly — once before it began and then several times before Brennan had completed his preliminary remarks. At one point, Sen. Dianne Feinstein, D-Calif., the panel’s chairman, briefly ordered the proceedings halted and the room cleared so those re-entering could be screened to block obvious protesters.

The shouted protests centered on CIA drone strikes that have killed three American citizens and an unknown number of foreigners overseas.

In the hours before the hearing began, President Barack Obama ordered that a classified paper outlining the legal rationale for striking at U.S. citizens abroad be made available for members of the House and Senate intelligence panels to read.

It was an attempt to clear the way for Brennan’s approval, given hints from some lawmakers that they might hold up confirmation unless they had access to the material.